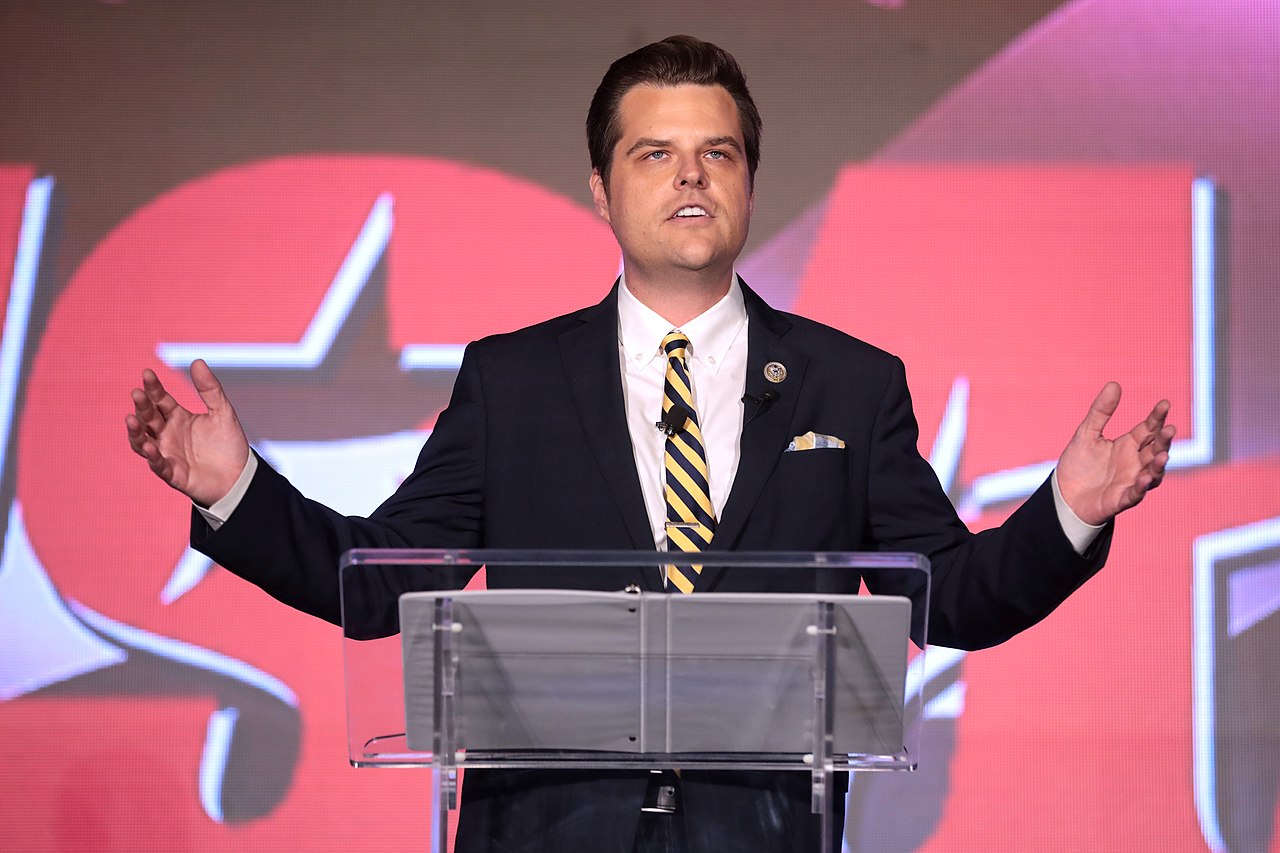 Representative Matt Gaetz (R-FL) was ticketed for the fourth time yesterday by Fort Walton Beach Police for repeatedly driving back and forth in front of a high school at 10 to 15 miles per hour below the speed limit. Authorities say he was driving too slowly and seemed “very distracted” by the students who were leaving at the end of the school day.

“It’s illegal in Florida to go more than 10 miles per hour under the speed limit,” officer John Samuels stated. “Mr. Gaetz was driving around 2 miles per hour in a 15 and he was holding up traffic. He also appeared to be yelling something about Venmo at some of the girls.”

A representative from the high school who is familiar with Gaetz’s says he has a habit of driving past the school over and over again.

“He doesn’t even have children and yet he still cares enough to slow down and really, really look for kids,” the representative stated. “Sometimes he’ll even get in the line with the rest of the parents to try pick up students and offer rides. Such a nice guy!”

When reached for comment, Gaetz told reporters that he was not a scoping out the high schoolers, but rather just being a careful driver who is “absolutely not a pedophile.”

“Statistics say that about one in three people live next to a pedophile; however I think that’s a lie because I just live next to two stunning 17-year-olds.”

As of press time Gaetz’s lawyer was explaining to him why he couldn’t fight the ticket by telling a judge that he was “just picking up his girlfriend.”

Mon Jun 7 , 2021
Jeff Bezos announced today that he will be flying to outer space next month on Blue Origin’s New Shepard Rocket in order to “get a better look at Earth” before deciding if he wants to buy it. The flight, which will take place on July 20th, will be the final deciding factor in whether or not our planet will be owned by one man. “I can’t wait for the launch when I’ll see all of the humans looking like the ants they are – and then disappearing – all while I look down on everyone like the God that I am,” Bezos grinned while steepling his hands. “You know. I want to see if it feels right. Kick the tires and check her out. Plus, There’s always other planets if I don’t like what I see.” Bezos’ released flight schedule also shows him spending time setting up an off-planet tax shelter and relaxing as far away as possible from his ex-wife. Original Photo credit Daniel Oberhaus