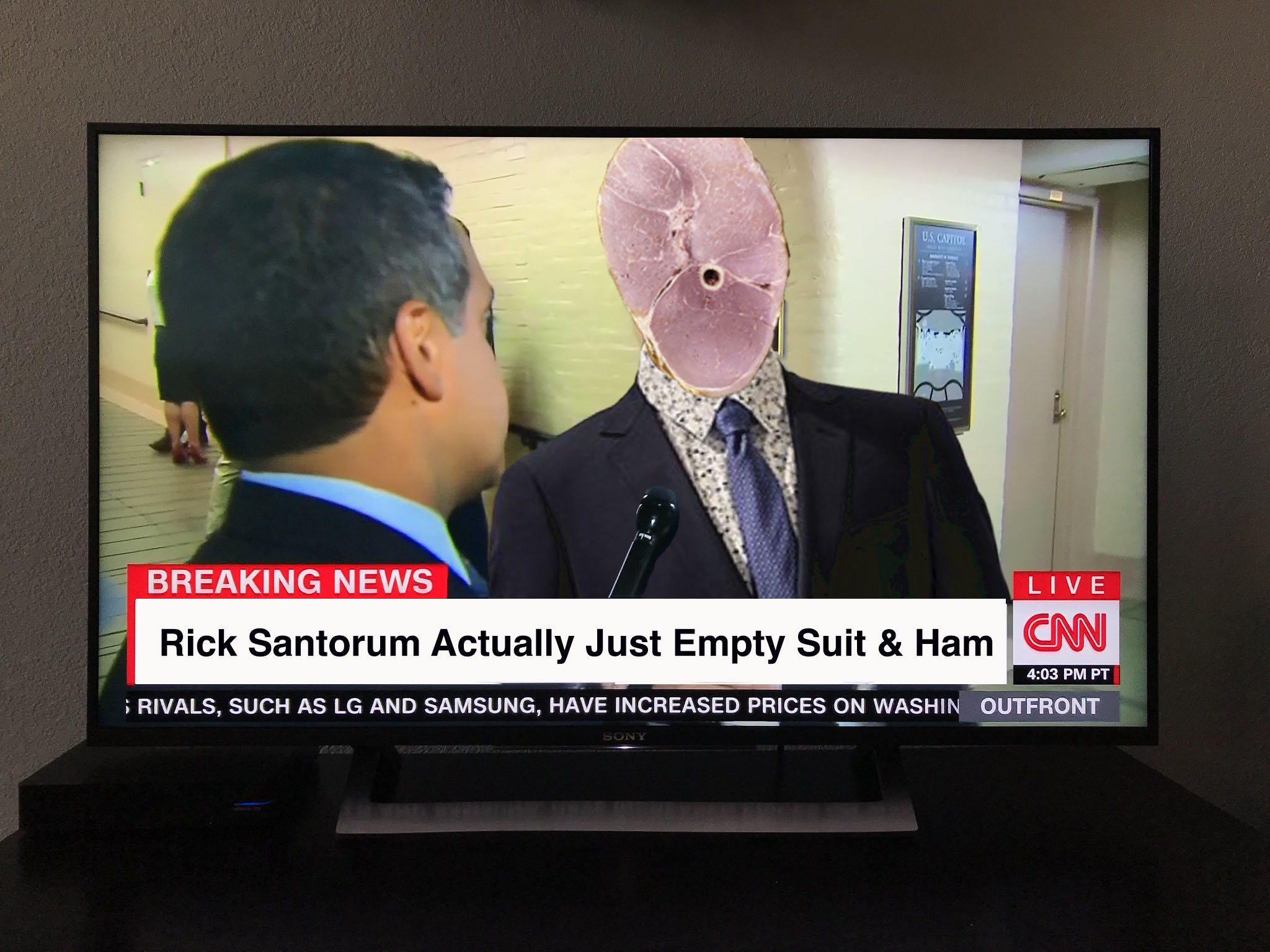 CNN cut ties with former political commentator and two-time failed GOP presidential candidate Rick Santorum today after realizing that he was just a half-baked ham balancing on an empty suit. CNN, who had allowed Santorum to be on air since January of 2017, made a public statement about the firing.

“First and foremost we want to apologize to our viewers,” the statement read. “We have no idea how we signed a contract with a half-baked ham that is balancing on – what is quite clearly – an empty suit.”

“As of this time CNN is scrutinizing all of our anchors, correspondents and commentators to ensure that we have not made any similar mistakes.”

Notably, rival news network Fox News has been suspiciously quiet on the topic; likely because they do not want their audience to find out that all of their employees are actually just wolves in sheep’s clothing.

Sat May 22 , 2021
The team formerly known as the Los Angeles Dodgers now bears a slightly-adjusted, new name and team mascot. Now recognized as the Dogers, after Dogecoin became the team’s new sponsor, the new mascot will be the a Shiba Inu dog flying to the moon on a rocket ship. As of press time, several of the Los Angeles Dogers were in talks with team management to switch their pay from the US dollar to the Dogecoin cryptocurrency; leading some experts to believe that the meme-based, virtual currency will skyrocket once again.