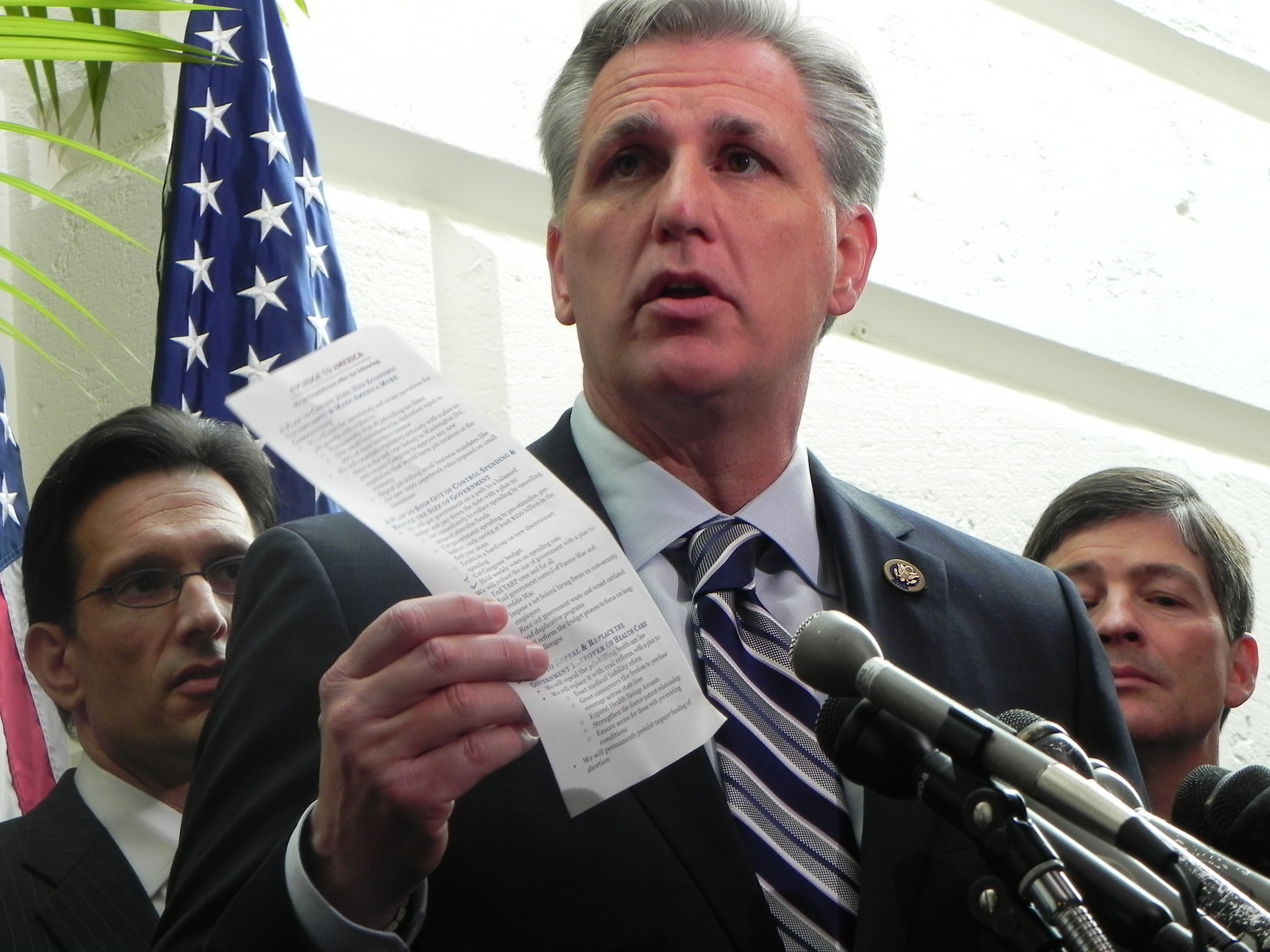 While talking to reporters outside of the United States Capitol today, House Republican Leader Kevin McCarthy told journalists that he would appreciate it if they would refer to members of the Republican party as ‘QAnon’ from here on out.

“As the face of the former House Republicans I’m here to announce that we have decided that it’s time to change our party name from ‘Republican’ to ‘QAnon’,” McCarthy stated. “We voted to do this today because 56% of Republicans are believers in ‘Q’ and the majority of Republicans in the House are too. There is a very real satanistic cult of pedophiles that are controlling much of the government and we must help President Trump stop them. Finally, we firmly believe that the election was stolen and that openly forming this party is the right thing to do before the Jewish space lasers kill us all.”

As of press time McCarthy was nostalgically reading Dr. Seuss books on the House floor to the newly-formed QAnon party as they played with Mr. Potato Head dolls and ate red meat covered in Land O’Lakes butter and Aunt Jemima syrup that they had been stockpiling for months. According to a posted agenda, the next order of business for the QAnon party is to pass a bill preventing Hillary Clinton from eating any more babies.

Tue May 4 , 2021
Liz Cheney has been taking heat from fellow Republicans ever since she tweeted yesterday that “The 2020 presidential election was not stolen,” and that “Anyone who claims it was is spreading THE BIG LIE, turning their back on the rule of law, and poisoning our democratic system.” The tweet made countless liberals applaud Cheney’s for her stance, with some even referring to her as the “conscience of the Republican party.” In reacting to the newfound support from Democrats, Cheney has said that she’s “increasingly uncomfortable with the notion that liberals would praise anything that I would do.” Cheney also released a short statement later in the day: “Listen up liberals. You need to remember that I’m still a horrible, horrible person,” Cheney wrote. “I am still anti-gay marriage, I am still anti-abortion and pro-torture. I deny that global warming exists and I want to abolish the EPA. And Let’s not forget that the Democrats are the party of anti-Semitism and infanticide. So never forget where I stand.” As of press time nobody liked Liz Cheney.