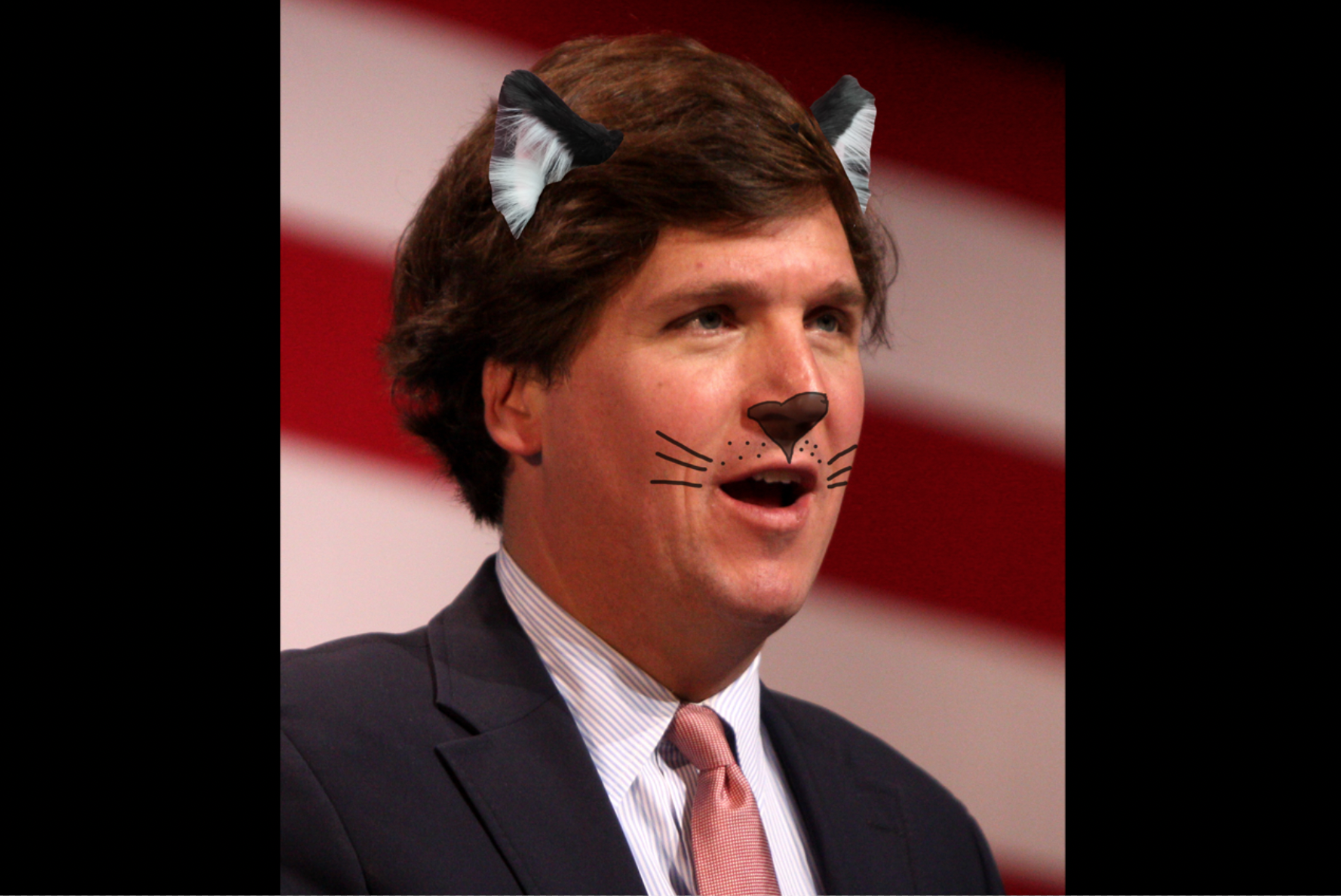 Fox News host Tucker Carlson spent an entire hour last night attacking the Biden family for allegedly declawing the new White House cat. The decision to focus on the topic came despite the fact that nobody at Fox had confirmed if the animal had undergone the barbaric procedure.

“If anything, cat paws are just a smaller version of bear arms, and we all know that we have the right to bear arms,” Tucker Carlson shouted at the camera while putting on cat ears.

Carlson then went on to debate whether or not a cat’s paws constitute an automatic or semi-automatic weapon and just what kind of ammunition the claws themselves would equate to.

The unhinged anchor – who by this point had painted cat whiskers on his face while referring to the Second Amendment as the “Second A-MEOW-ndment” – decided that a cat’s paws and claws are “automatic and hollow-point” after describing how felines utilize the appendage and how the claws themselves are physically structured.

As of press time, Tucker Carlson Tonight was still the number one most-watched cable news show, despite Fox News admitting that Carlson is not ‘stating actual facts’ about the topics he discusses and is instead engaging in ‘exaggeration’ and ‘non-literal commentary.’

Sat May 1 , 2021
Matt Gaetz slipped up today when he asked a crowd of his supporters if he could have paid for sex using dandelions. The question came after Gaetz stated that it was ridiculous for Joe Biden to pick a dandelion for his wife Jill before they boarded Marine One. “Is this considered a romantic gesture?” Gaetz asked. “Even if this is something that women like, there’s definitely something childish and way off about Biden.” “Speaking of children, do they all like dandelions? Do you think I could have enticed those underage girls by using dandelions as payment? Would that have made it legal since flowers aren’t a currency?” Gaetz asked out loud before a stunned crowd. Members of Gaetz staff then quickly rushed him off the stage before issuing a statement that the politician was not feeling well. “Mr. Gaetz has seasonal allergies that sometimes make it hard for him to speak or think clearly. Today’s allergic reaction was likely brought on by Joe Biden picking that weed out of the ground and spreading dandelion seeds across the continental United States.” Photo credit Gage Skidmore