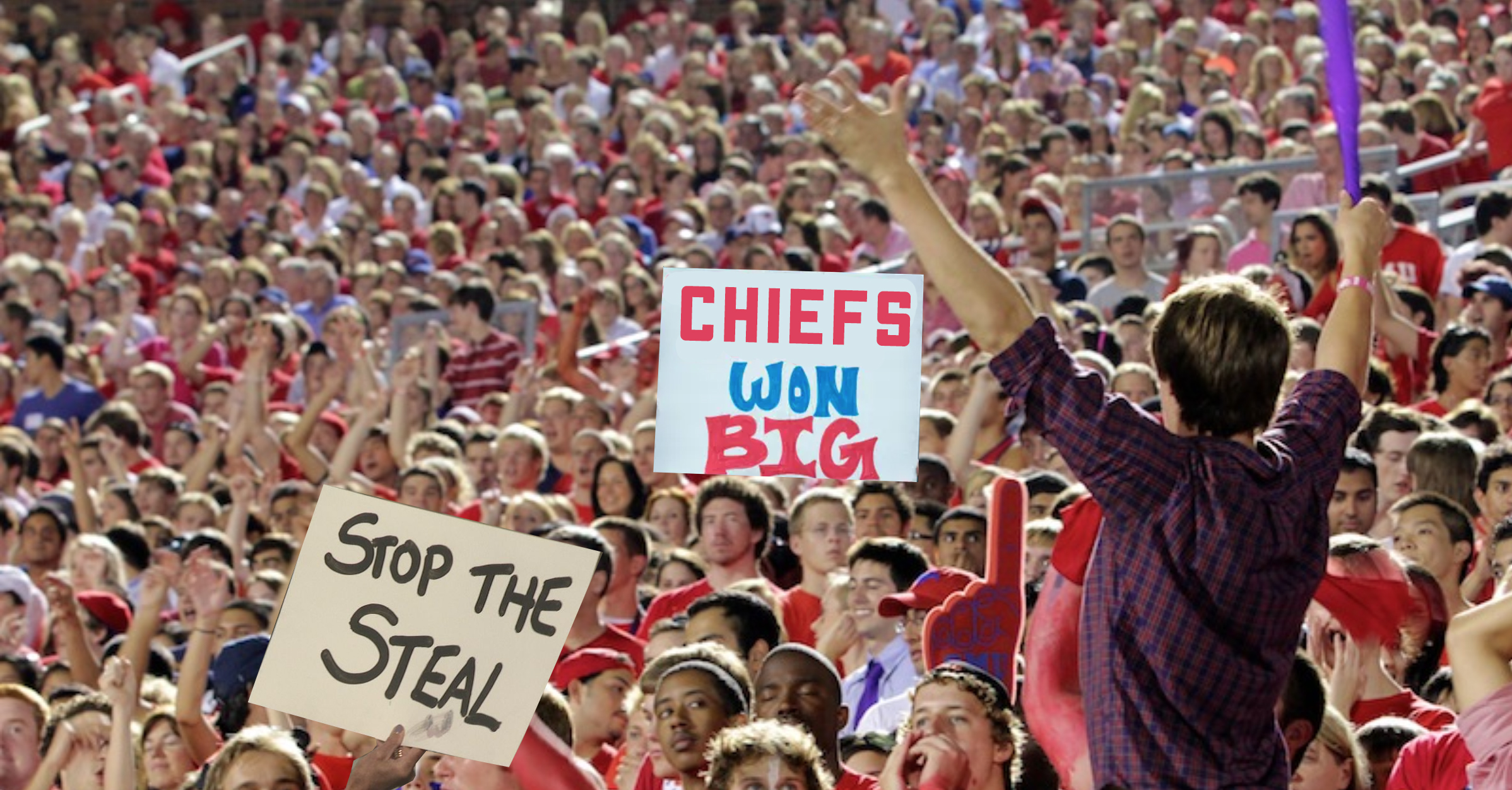 As the clock ran out on Super Bowl LV, Kansas City Chiefs head coach Andy Reid looked up at the scoreboard and said he knew deep down that something fishy was going on.

“I felt sick to my stomach. There were points on the board that seemed to come out of nowhere,” a visibly frustrated Reid stated. “Not to mention there’s no way that a sleepy, 43 year-old Tom Brady could have defeated a young, spry 25 year-old Mahomes without cheating. That’s a fact.”

“The Super Bowl is far from over! If you believe in a free and fair NFL, then we must stand up against this travesty,” Reid stated. “As far as I’m concerned, we’re still the reigning Super Bowl champions and we won’t relinquish this title to a bunch of cheaters.”

In response to the accusations, NFL Commissioner Roger Goodell gave a public statement.

“I don’t know why the Chiefs think they can change the outcome of a game when we all clearly saw what happened. It was broadcast live on national television,” Goodell stated. “Honestly, if they want to have any chance at challenging the Super Bowl results, they should consider moving to an alternate reality.”

As of press time, countless Chiefs fans were congregating in Midtown Manhattan to listen to Andy Reid give an impassioned speech about the so-called controversy before turning around and storming the National Football League Headquarters.

Thu Feb 11 , 2021
In a concerted effort to distance themselves from Donald Trump, a group of over 120 conservative politicians held a Zoom call this week to discuss creating a third party called ‘Republicans Against Trump’ (RATs). The party is described as “basically the same, but far, far less overt in their racism.” Notably, Senator Mitch McConnell was just one of the high-ranking politicians who has taken the lead in the RATs movement. “Simply put, there’s no place for Mr. Trump’s anything-but-subtle racism. He’s hijacked the Republican party by repeatedly saying the quiet part out loud,” Mitch McConnell told reporters. “They call it a ‘dog whistle’ because not everyone is supposed to hear it, but Donald might as well be shouting the N-word from the rooftops.” McConnell says that his fellow RATs plan to focus on issues such as enhancing voter suppression among minorities, blocking any immigration by brown people, and supporting the caging of children while pushing for the deportation of their parents. “As RATs, we are very serious about this. We want to separate ourselves from Donald Trump just as much as we want to separate those children from their parents,” McConnell stated. Photo credit Gage Skidmore.