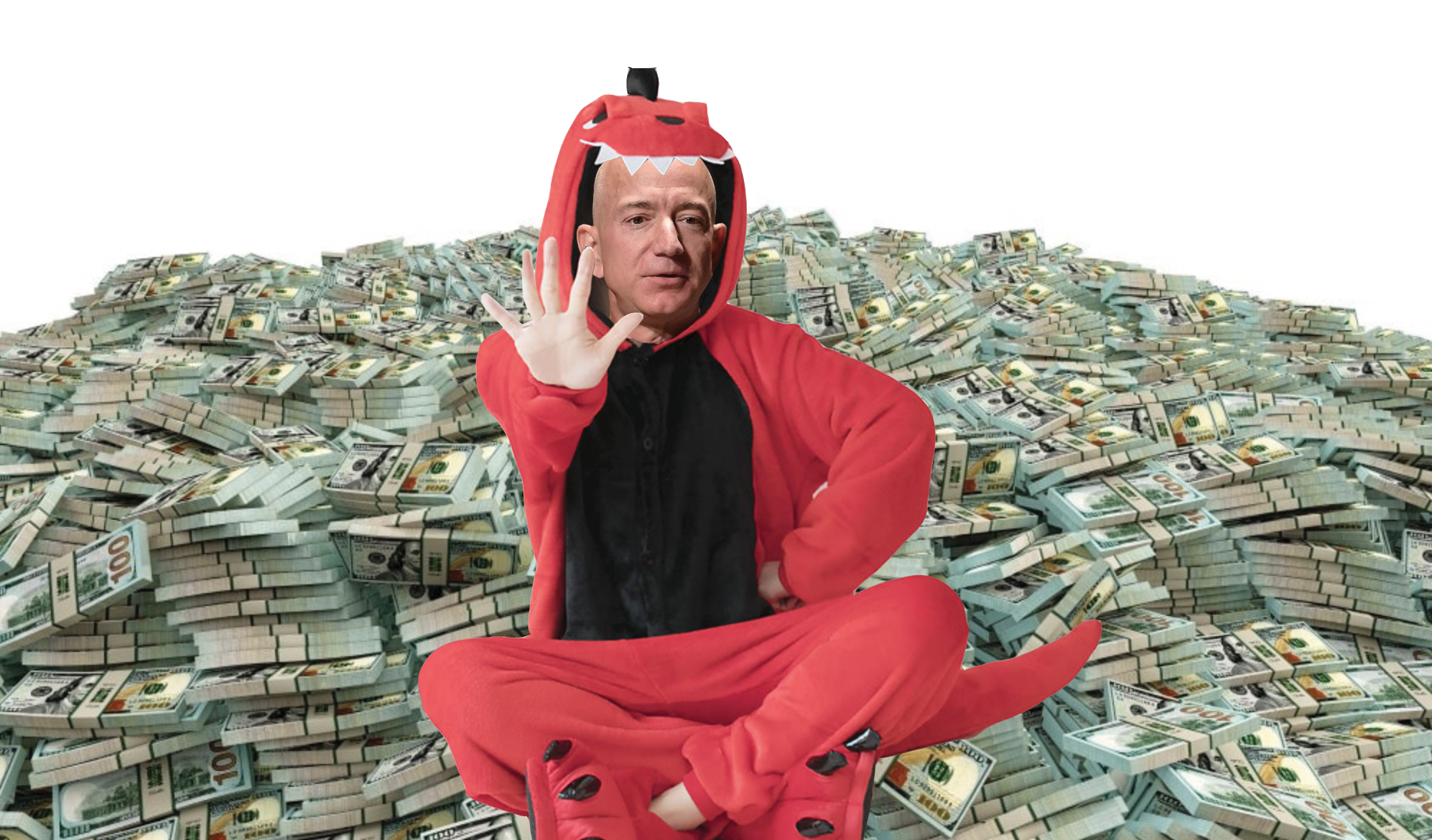 Amazon CEO Jeff Bezos is stepping down from his position in order to enter rehab for a severe case of money addiction and to help stop an ongoing identity crisis. Those close to Bezos say that for years the billionaire has been constantly consumed by dressing up like a dragon and thinking of ways to obtain more and more money.

“Jeff truly believes that his self-worth is tied to cash and his greatest fear is that he will go bankrupt,” one person close to Bezos stated. “He also seems to think he’s a dragon.”

In fact, Bezos can’t even go to bed at night unless he’s wearing a dragon onesie and there’s a huge pile of money for him to lay on.

“He can’t sleep until his staff covers his bed with at least $5 million in gold coins and stacks of cash. Mr. Bezos then dresses up in one of his many dragon costumes and sprawls out on the mountain of money to fall asleep,” the source stated.

The final straw for the board of directors was when Bezos began insisting on wearing his dragon onesies to the office; even for important meetings. After this went on for awhile, the board voted to force the billionaire to step down and seek help.

“Jeff would roar and growl at employees and potential business partners while in meetings and walking the halls,” the source stated. “One time he scared the CEO of FedEx so much that they cancelled a shipping partnership for a few hours before other higher ups at Amazon were able to smooth things over. I truly wish Jeff the best of luck.”

Fri Feb 5 , 2021
House Republicans have agreed to a proposal by representative Matt Gaetz’s (R-FL) requiring that every committee meeting start by singing the National Anthem 3 times and then reciting the Pledge of Allegiance 10 times in a row. The move comes despite the fact that the entire House of Representatives already recites the Pledge of Allegiance at the beginning of each day’s session. “If Democrats aren’t willing to join us, then I think it makes it pretty clear where they stand. They are Antifa, socialist-communists who hate America,” Gaetz stated before hugging, kissing and then gently humping the American flag. “The pledge and anthem are two of the greatest weapons given to true patriots in their battle against evil. So I just don’t understand why Democrats can’t say these simple, virtuous words signaling dedication, faith and allegiance to our great flag and nation. This is – without a doubt – far worse than inciting a so-called insurrection.” In response to Republican outcry, Democrats released a statement that read: “We already say the pledge at the beginning of the day. What representative Gaetz is suggesting is pure performative bullshit. So if the Republicans want to waste 15 minutes of every meeting – amounting to hundreds of millions of wasted taxpayer dollars throughout the course of a year – us Democrats will be spending that time doing real work for the American corporations people.”