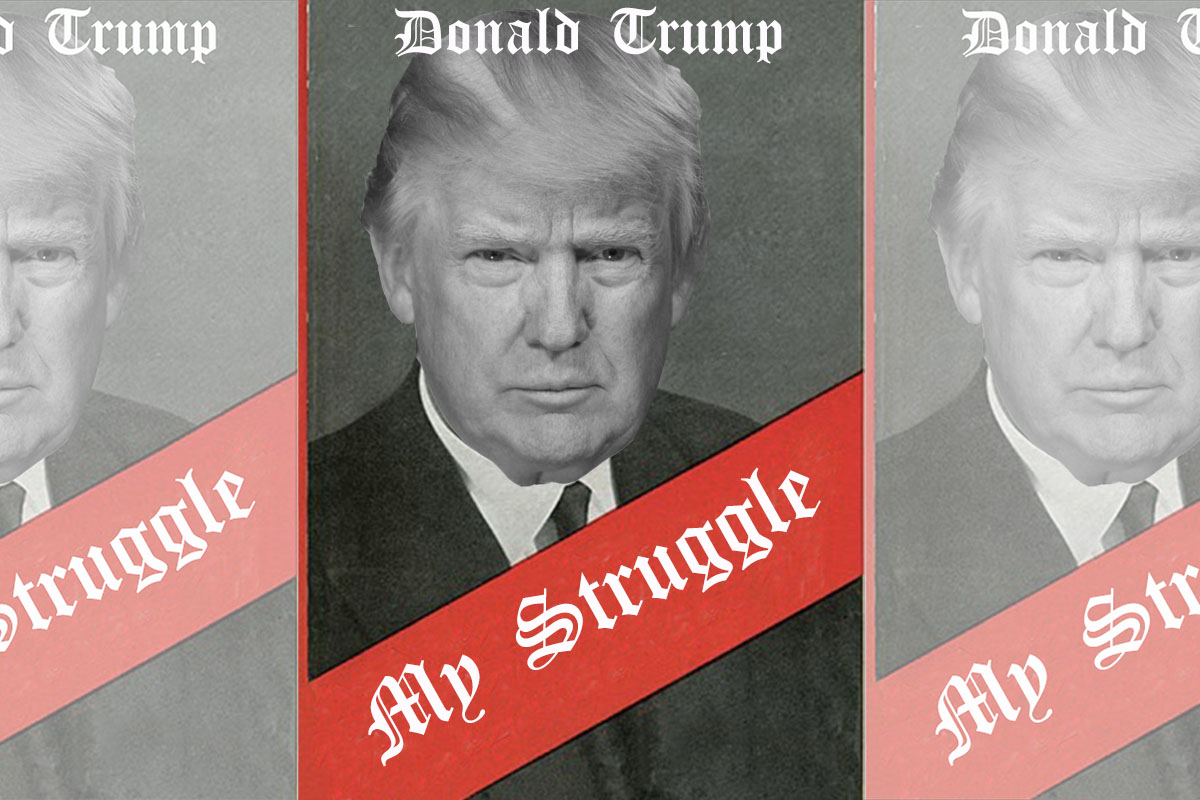 The White House announced the release of Donald Trump’s new, pre-election book titled My Struggle today, prompting the country of Germany to ban the paperback instantly. White House Press Secretary Kayleigh McEnany said that, despite strong pushback, the book will be included as mandatory reading in all schools under Trump’s newly announced Patriotic Education Commission.

“Mr. Trump’s new book, which is an autobiographical manifesto, details the hardships that the president has had to endure throughout his life to get to where he is today,” McEnany stated. “From heavy, gold-plated diapers and bone spurs to seven bankruptcies and two failed marriages. It’s all in there. It’s all very humanizing.”

The book is set to hit stores next Monday, while millions of free copies will be handed out at US schools.

“Because Mr. Trump cares about the education of our children, he has organized a nationwide group called the ‘Trump Youth’ that will be handing out free copies of My Struggle at schools all across the country,” McEnany confirmed.

Now Sentient, Toothbrush Screaming Internally to Be Thrown Out Already

Fri Sep 18 , 2020
(Topeka, KS) Now eight months past the American Dental Association’s recommended three month replacement period, 34-year-old James Simmons’ filthy, discolored toothbrush just gained consciousness and immediately began screaming internally to be put out of its misery. “Kill me now! I’m horrifying!” Simmon’s toothbrush shrieked on the inside. “For the love of God! If there is a God! Snap me in half and put me to sleep forever!” As of Friday afternoon, a cockroach more aware of its surroundings than Simmon’s had begun mercifully eating the bristly face off of the despondent toothbrush.