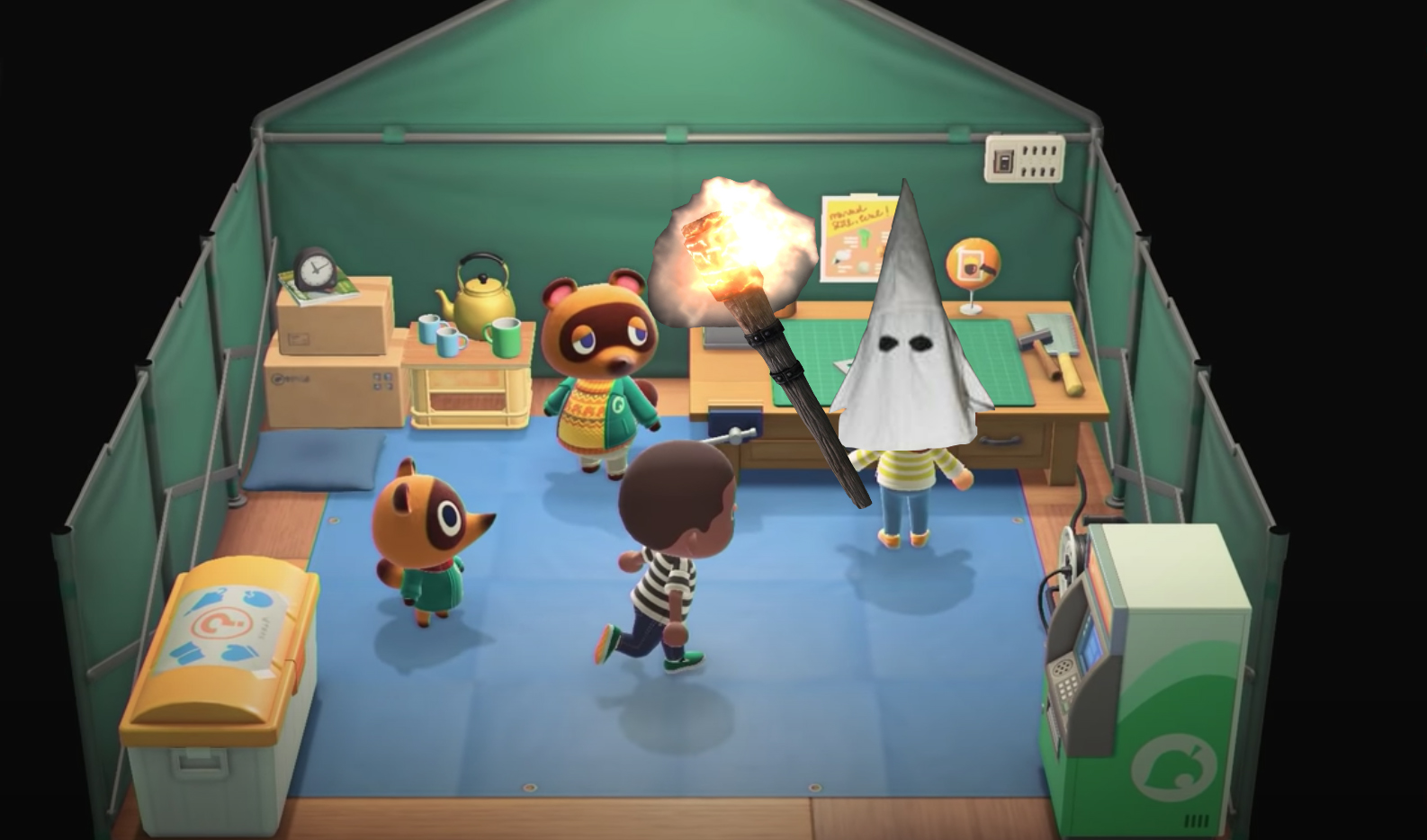 Nintendo was taking heat this morning from the far right after it was revealed that the company’s wildly popular game Animal Crossing: New Horizons would now include yard signs showing support for presidential candidate Joe Biden. Many on the right were quick to anger, pointing out they they lacked any representation in the social simulation video game which is geared toward children ages 3 and up.

“Look. I’m just like any other Trump-loving guy who hates Blacks and enjoys pretending to live in a village inhabited by various anthropomorphic animals while going fishing, bug catching, and fossil hunting,” self-described white nationalist Justin Longman stated. “It’s just typical for the leftist Hollywood elite video game developers to completely forget about a large subsection of their players. Would it really be so bad if Animal Crossing catered to every viewpoint?”

In response to the public outcry, Nintendo has since added a white hood and a tiki torch as purchasable items in the game. As of press time some experts were predicting that it would take about a week for there to be a full-blown race war within the multiplayer game.

Wed Sep 2 , 2020
Speaker of the House Nancy Pelosi was caught on back to back days having businesses in San Francisco illegally style and remove hair from both her head and her anus. Pelosi says that she was tricked into receiving both services as she wasn’t aware of the laws currently in place in her own state. “In both instances I was approached by the businesses. Not the other way around.” Pelosi stated. “So when I got my hair styled and my chocolate starfish waxed, I assumed that everything was on the up and up.” Pelosi said that she was certain she hadn’t broken any laws when she went to get her butthole waxed on the second day. “When they waxed my balloon knot, they had me lay on a massage table in the back alley. Because we were outdoors I was certain that what we were doing was legal,” Pelosi stated. “But lo and behold the removal of hair from my smelly Susan was a setup as well!” As of press time Pelosi had reportedly made yet another appointment for tomorrow; this time to have her conscience cleaned.