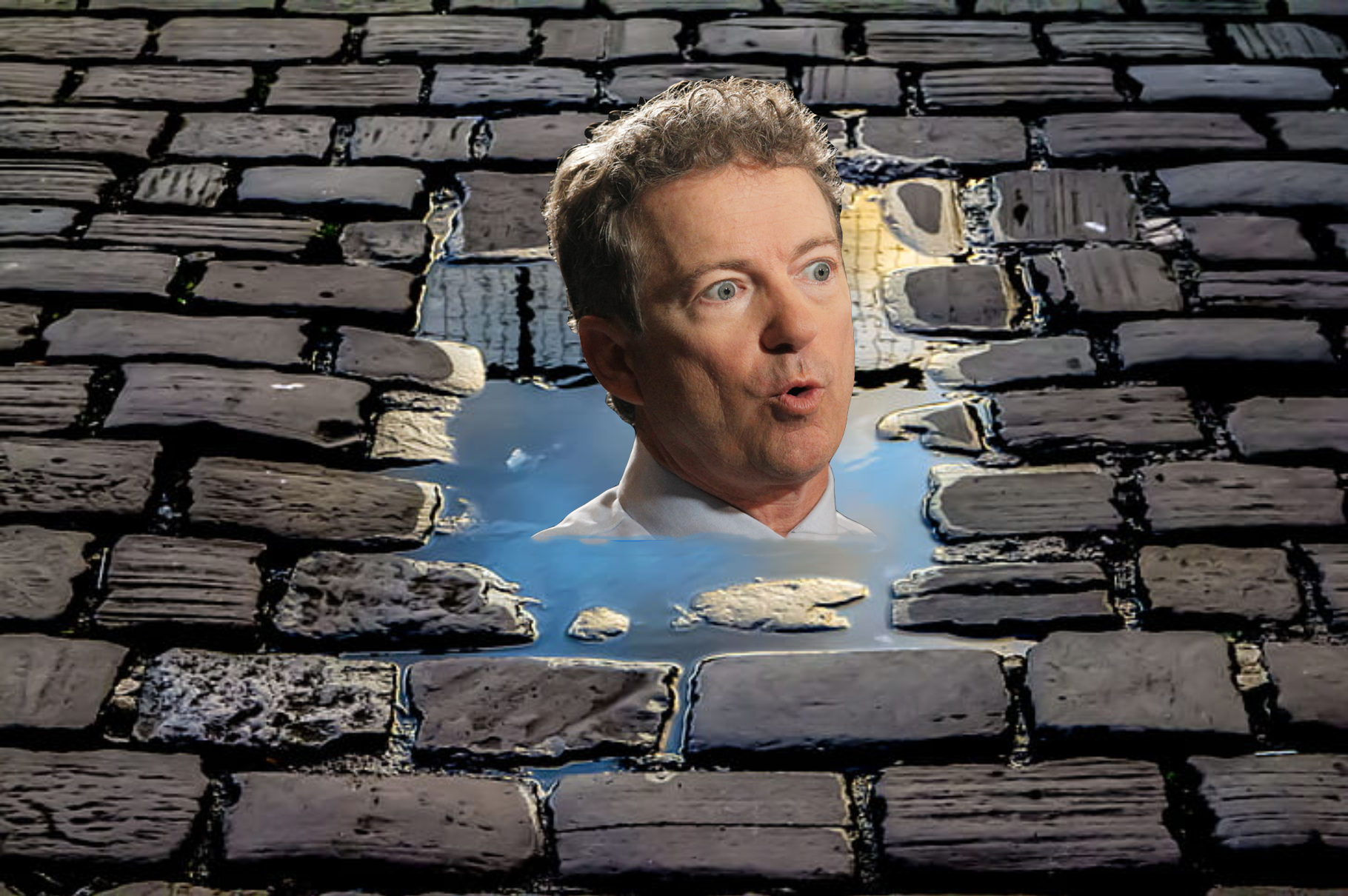 Activating his fight-or-flight self-defense mechanism, Kentucky Senator Rand Paul completely melted into the pavement last night while being confronted by protesters after the Republican National Convention.

As a small crowd began to gather around Paul and grow more vocal, the senator said that he “began to feel threatened” stating that he “couldn’t handle the heat.”

Experts explained what happened next.

“As is a snowflake’s natural response to heat, the molecules that make up Paul’s body began moving faster, breaking the hydrogen bonds between them; causing the senator to melt and turn into water,” meteorologist Michael Duvall stated. “This allowed Paul to spread out in the cracks and camouflage himself among the other moist sludge and trash. After that, we assume Mr. Paul slowly seeped his way to a safe space.”

Sat Aug 29 , 2020
President Trump took questions regarding Kenosha shooter Kyle Rittenhouse from the press today while in Lake Charles, Louisiana as he was assessing the damage from Category 4 Hurricane Laura. Many are calling what the president said absurd, while others say that his words were quite troubling. “You know, they say when you become an officer that you get more rights, more protections. So it’s terrible what’s happening to Kyle folks. Just terrible. Did you know he had been a cadet training to be an officer?” Trump asked. “Maybe that should count? Maybe we should lower the age to become an officer? Maybe we’ll have kids patrol the cities and we can call them the ‘Trump Youth.’ I don’t know. I don’t know.” Kenosha Police Chief Daniel Miskinis offered a similar statement when asked about the president’s comments. “Yes, it is fair to say that Mr. Rittenhouse really jumped the gun on this one. The whole thing would have shook out very differently for him if he were old enough to be a police officer, but if you aren’t officially in the brotherhood, we can’t help you,” Miskinis stated. “The only crime here is that he wasn’t one of us. It’s sad, but rules are rules. Hopefully he gets a white… I mean, a light sentence.”