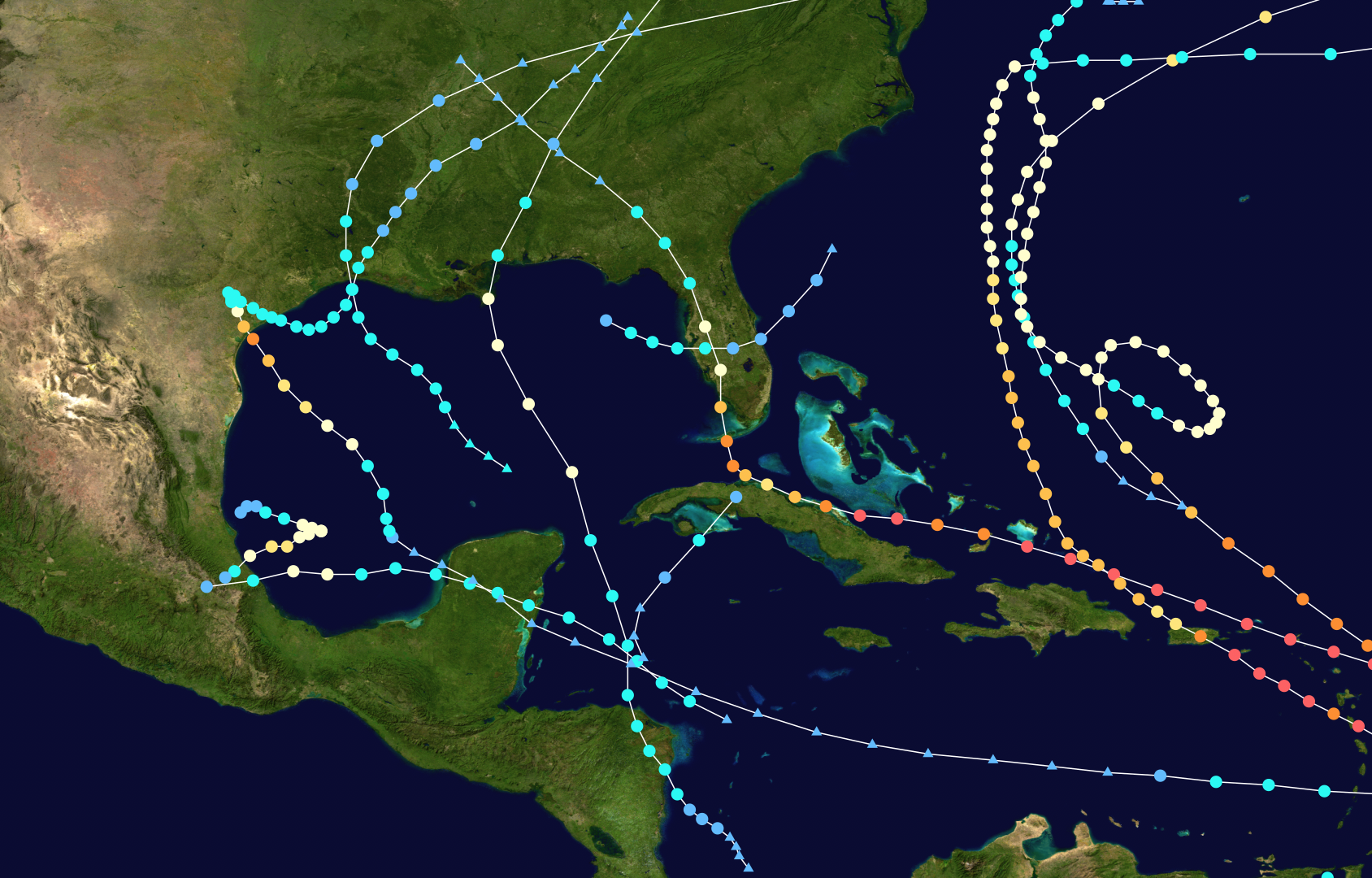 Hurricanes Laura and Marco multiplied into eight storms today after the Trump administration detonated nuclear weapons inside of the two weather systems in hopes of destroying them. Meteorologists say that people in the path of the hurricanes should prepare themselves for radioactive winds and rain by covering themselves – and everything they care about – in materials that block radiation, such as lead, tungsten, and bismuth.

Notably, the World Meteorological Organization has deviated from the tradition of naming the storms after people and is instead calling the eight new radioactive hurricanes:

Despite what happened today, the Trump administration is calling the nuclear detonations a big success.

“Any attempt to label this as a ‘mistake’ or a ‘blunder’ is completely false and misleading,” White House Press Secretary Kayleigh McEnany stated. “The president did what he set out to do. He completely destroyed hurricanes Laura and Marco, and now we just have to finish the job by blowing up the rest of the storms.”

Sun Aug 23 , 2020
Looking to completely redo his image, Donald Trump has grown a unique mustache in which the hair is only in the middle portion of his upper lip, and approximately the width of his nose. In addition to this, he’s had a hairstylist give him a stunning, new combover that many supporters are raving about. Notably, the move by trump marks the first time in history that a president has gotten a complete makeover while in office; let alone while running for reelection. “I can’t think of anyone who had a look anything like Mr. Trump’s. Our blond-haired, blue-eyed, charismatic leader may have just started a whole new trend!” White House Press Secretary Kayleigh McEnany smiled. “Fuhrermore… furthermore, I think we can all agree that Mr. Trump now looks more commanding and masculine than ever before.” As of Sunday afternoon countless supporters of the president were posting pictures and videos of themselves on social media cutting their hair and shaping their mustaches to match Trump.