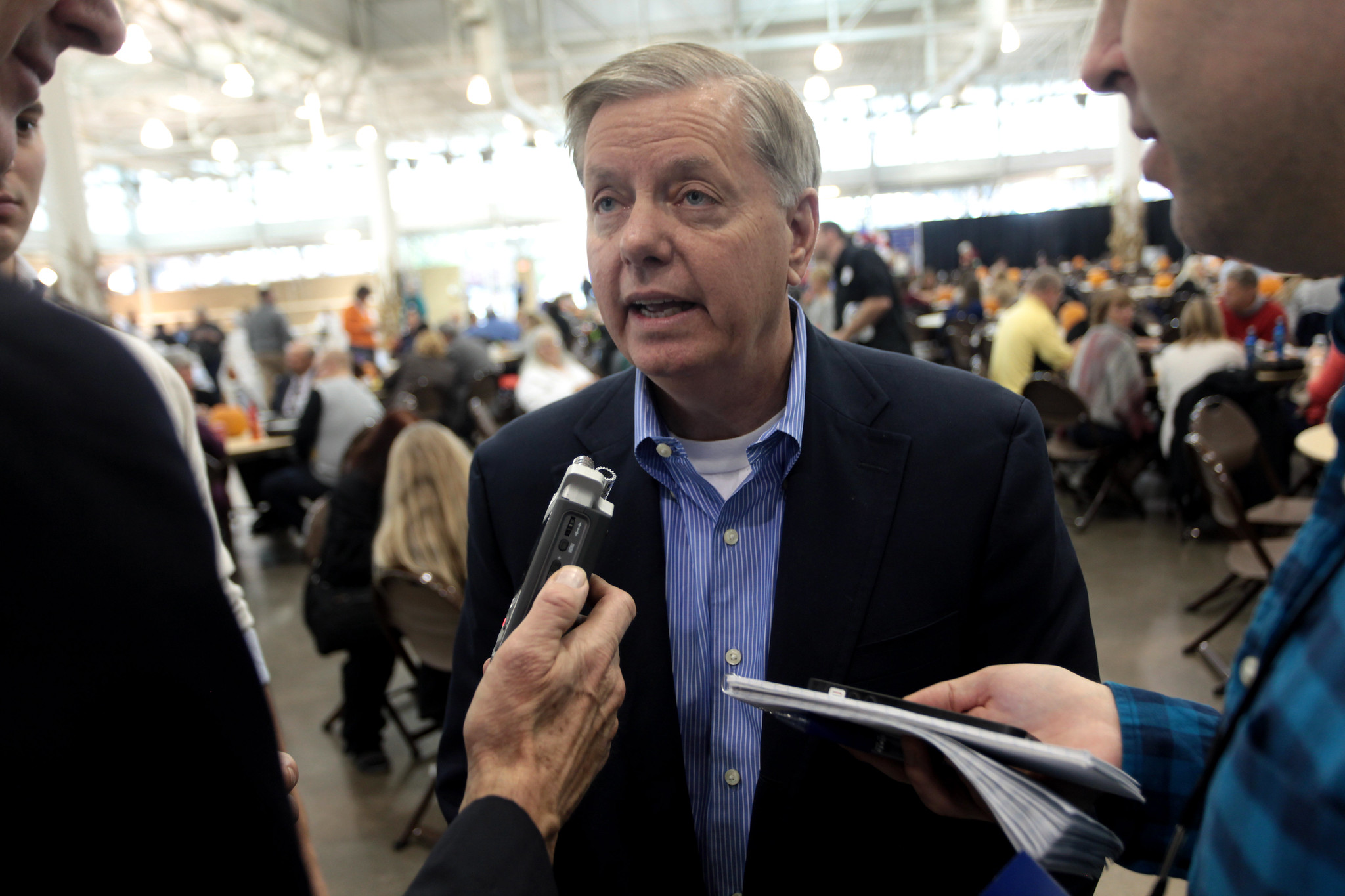 Columbia, SC – Senator Lindsey Graham says the only reason he’s conservative is because he gets “incredibly hot” when he hears fellow right-wingers mock, belittle, and dehumanize homosexuals such as himself. Graham claims this is who he is at his core and that it would be great if liberals could hate him for it too, because that also gets him off.

“I don’t care if you’re a Democrat or a Republican, just tell me I’m a worthless piece of shit,” Graham smiled. “And please do not hesitate to show contempt for my sexuality by calling me a woman, because deep down I’m a depraved, self-loathing sexist too.”

Graham says the ultimate turn on – besides being called “Lady G” on Twitter – would be if Republicans could find a way to ban same-sex marriage once again.

“Trump has already taken rights away from the transgenders and I can’t wait to see him take it even further,” Graham moaned while rubbing his nipples. “If we could just wash as much equality away as possible that would really get my rocks off.”

Thu Aug 13 , 2020
(The Astral Plane) After being essentially hands-off for millennia, the Devil and God stunned the world today when they publicly begged conservatives in America to stop screwing around and take the pandemic seriously. Both rulers reported that their individual dominions are nearing capacity due to COVID deaths; the majority of which are coming from the United States. “If Americans want out of this mess they’re going to have to knock some sense into the right wing,” the Devil stated. “Honestly, it’s getting hard to tell the difference between my realm and whatever the hell is going on up there.” God expressed similar sentiments. “The rate at which people are dying is outpacing how quickly we can build additional living space here in Heaven. Conservatives need to get their shit together or we’re going to have angels living under the overpass.” God stated. “And for the love of Me, don’t try to reopen the fucking schools because they’ll be closed within a week. I guarantee you that.” Photo credit James Cridland