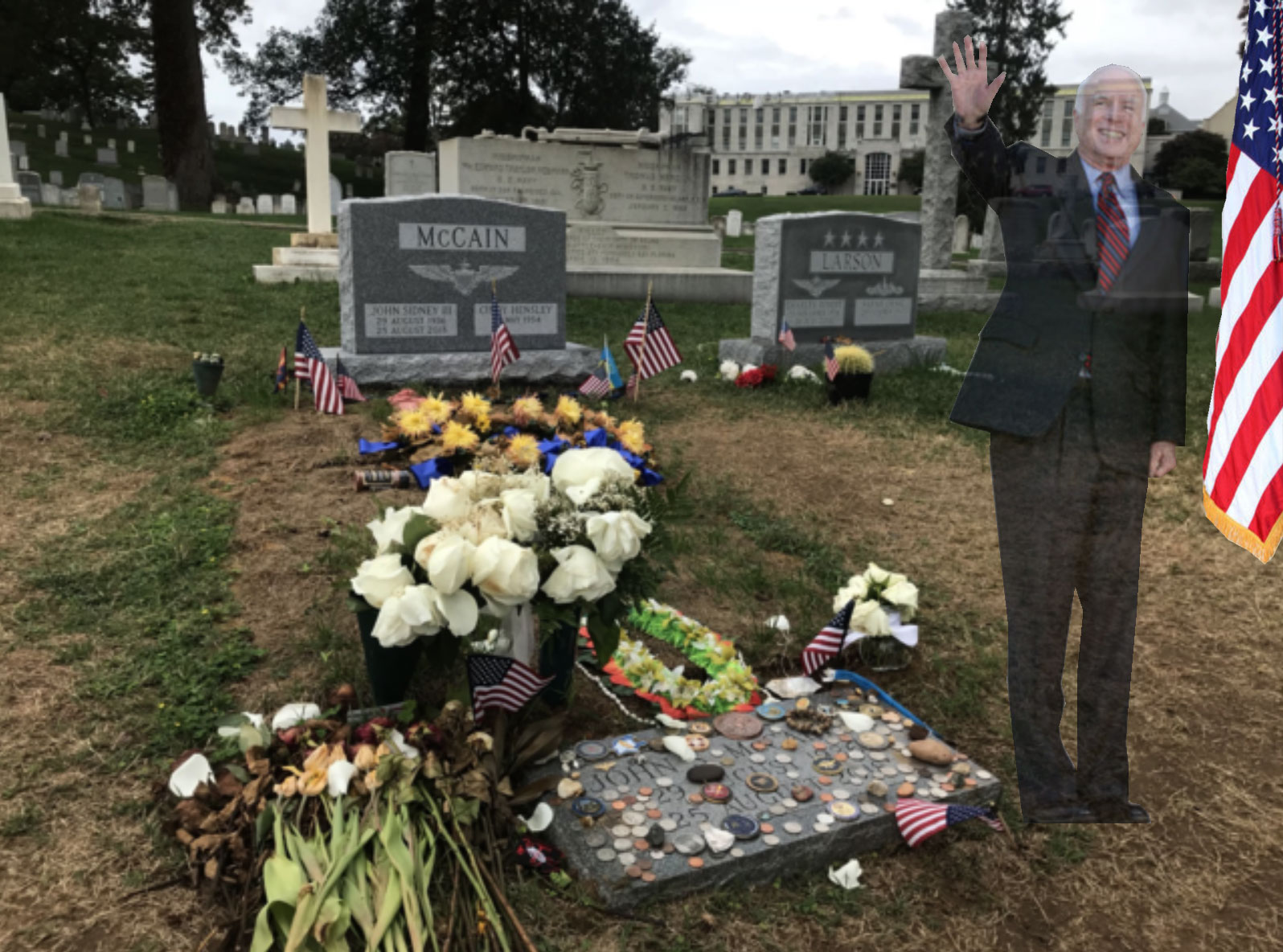 According to staff working the event, the Democratic National Convention will include a hologram of deceased Senator John McCain who will be endorsing Joe Biden. Republicans are calling the move disrespectful, despite Democrats having received permission from McCain’s family.

President Trump spoke out about McCain’s posthumous appearance, calling it a stunt.

“Personally I think it’s blasphemous. Very, very blasphemous,” Trump stated. “The Democrats have had dead people voting for years, now they’ve got them endorsing! Well I prefer my endorsers to be alive.”

As of press time rumors were swirling that the president – who had just publicly condemned the concept – was now considering digging up Ronald Reagan, hoisting his skeleton up with strings like a puppet, and having him deliver a speech endorsing Trump.

Gay Conservative Just Really Turned On By Being Dehumanized

Thu Aug 13 , 2020
Columbia, SC – Senator Lindsey Graham says the only reason he’s conservative is because he gets “incredibly hot” when he hears fellow right-wingers mock, belittle, and dehumanize homosexuals such as himself. Graham claims this is who he is at his core and that it would be great if liberals could hate him for it too, because that also gets him off. “I don’t care if you’re a Democrat or a Republican, just tell me I’m a worthless piece of shit,” Graham smiled. “And please do not hesitate to show contempt for my sexuality by calling me a woman, because deep down I’m a depraved, self-loathing sexist too.” Graham says the ultimate turn on – besides being called “Lady G” on Twitter – would be if Republicans could find a way to ban same-sex marriage once again. “Trump has already taken rights away from the transgenders and I can’t wait to see him take it even further,” Graham moaned while rubbing his nipples. “If we could just wash as much equality away as possible that would really get my rocks off.” Photo credit Gage Skidmore