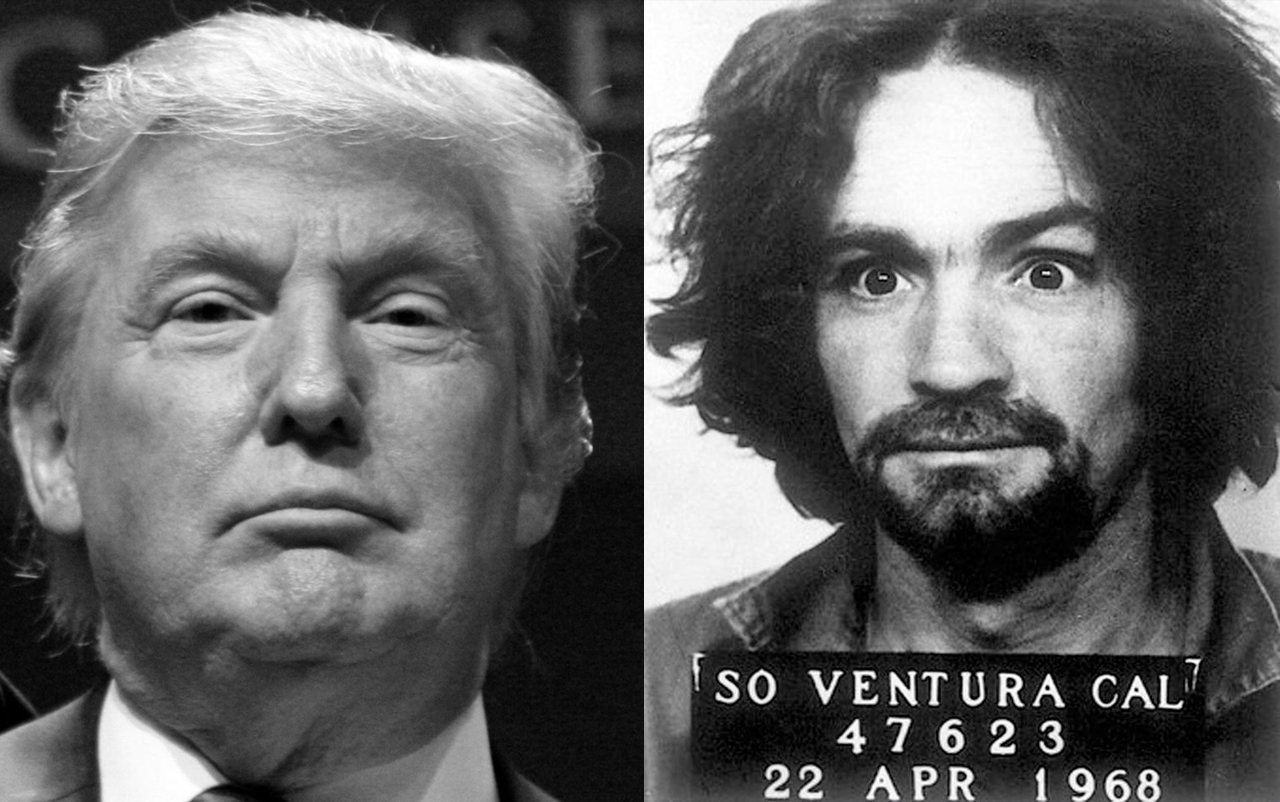 Was it a cult leader or a world leader? Are you smart enough to know whether it was Charles Manson or Donald Trump who said these 10 quotes?

1. “Believe me, if I started murdering people, there’d be none of you left.”

2. “There’s nothing wrong with being incompetent. It just means you don’t have to do as much.”

3. “I’m the king of this whole planet. I’m gonna rule this whole world.”

5. “What the hell would I wanna go off and go to work for? Work for what? Money? I got all the money in the world. I’m the king, man. I run the underworld, guy. I decide who does what and where they do it at. What am I gonna run around like some teeny bopper somewhere for someone else’s money? I make the money man, I roll the nickels. The game is mine. I deal the cards.”

8. “You people would convict a grilled cheese sandwich of murder and the people wouldn’t question it.”

9. “You know, a long time ago being crazy meant something. Nowadays everybody’s crazy.”

Answers 1-10: Charles Manson. Although all of these statements sound like something Donald Trump would say, they are all quotes from cult leader Charles Manson.

Tue Aug 4 , 2020
Over 22,400 Americans have choked to death in 2020 – more than four times the yearly average. Experts say the cause is an uptick in less intelligent Americans finally agreeing to wear masks and then forgetting to remove them before eating. “What we’re seeing is a sizable group of slower people – who were initially refusing to wear masks because the president wasn’t – that are now choking to death on the protective gear,” Dr. Richard Huffman stated. “They get hungry and they neglect to remove their mask before pushing food into their mouths.” As of press time, experts had no solution to the problem. “I don’t know what to say anymore; I think nature just wants these people dead,” Huffman stated.