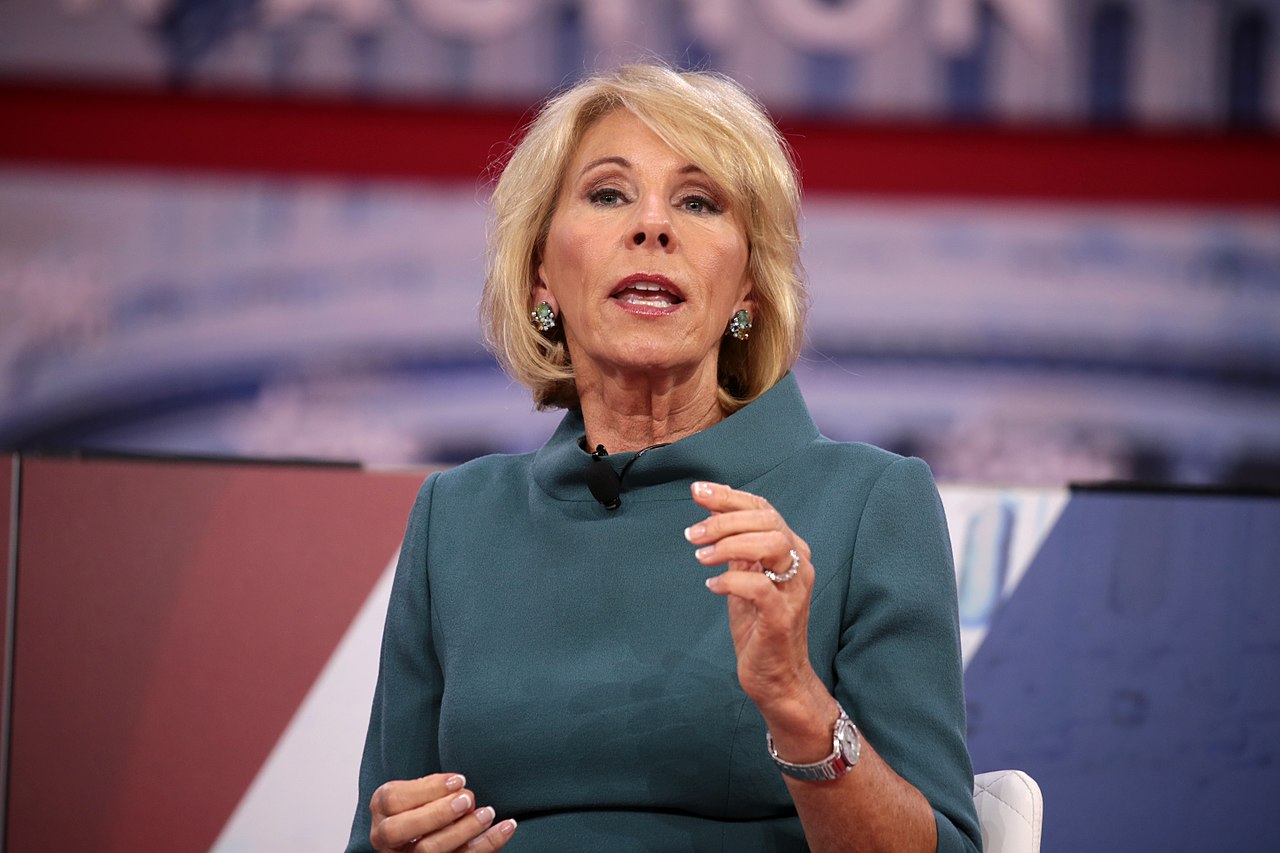 Secretary of Education Betsy DeVos announced her new ‘A Few Children Left Behind Program’ today which will allow schools to reopen on time in a limited capacity. Devos says that she’ll be sending the 10 least promising students per classroom back to school to see if reopening is safe.

“We now realize that it was unrealistic to try to fit so many kids in such a confined space during a pandemic,” DeVos stated. “So instead we’ve decided that the 10 worst performing students per class from last year will be our guinea pigs so we can ensure that we are providing a safe learning environment for our gifted students.”

DeVos says once she feels it’s safe, that she’ll be swapping the 10 initial test children out with the 10 smartest kids from the class.

“If relatively few of the students are falling ill, dying, or spreading the virus then we’ll make that switch and let the kids with actual futures continue their educations,” DeVos stated.

Thu Jul 30 , 2020
President Trump told reporters today that he believed that mail-in voting for the 2020 election would result in the most inaccurate and fraudulent election in history. Trump added that he’d be “much more comfortable” having Russia oversee the mail-in ballots in order to have an “unbiased entity handle the results.” “It’s either delay the election until the virus disappears or allow a trustworthy country like Russia to assist us with the mail-ins,” Trump stated. “As you’ll recall Russia has yet to be found doing anything wrong when it comes to US domestic or foreign policy. Everything was all a big Democrat hoax, so Russia has been cleared – and very recently too – making them a smart choice to provide support in the 2020 election.” Notably, Senate Majority Leader Mitch McConnell says he stands by Trump’s proposed Russia-lead voting solution; signaling key support from leadership that Trump will need to push a measure through Congress. “We need to either delay the election or mail our ballots directly to Moscow,” a fully supportive Mitch McConnell stated. “Because if one thing is for certain, it’s that we can trust Putin, but we cannot trust that the liberal voters in this country will not be cheating.” Moments later, Russian leader Vladimir Putin expressed his clear willingness to help. “Of course Russia will assist our great ally the United States of America with their upcoming fair and democratic election,” Putin grinned with steepled fingers. “Sure, we’ve already spent $11.7 billion to make the voting machines work to Mr. Trump’s liking – but what are friends for?” Photo Credit Peter Stevens