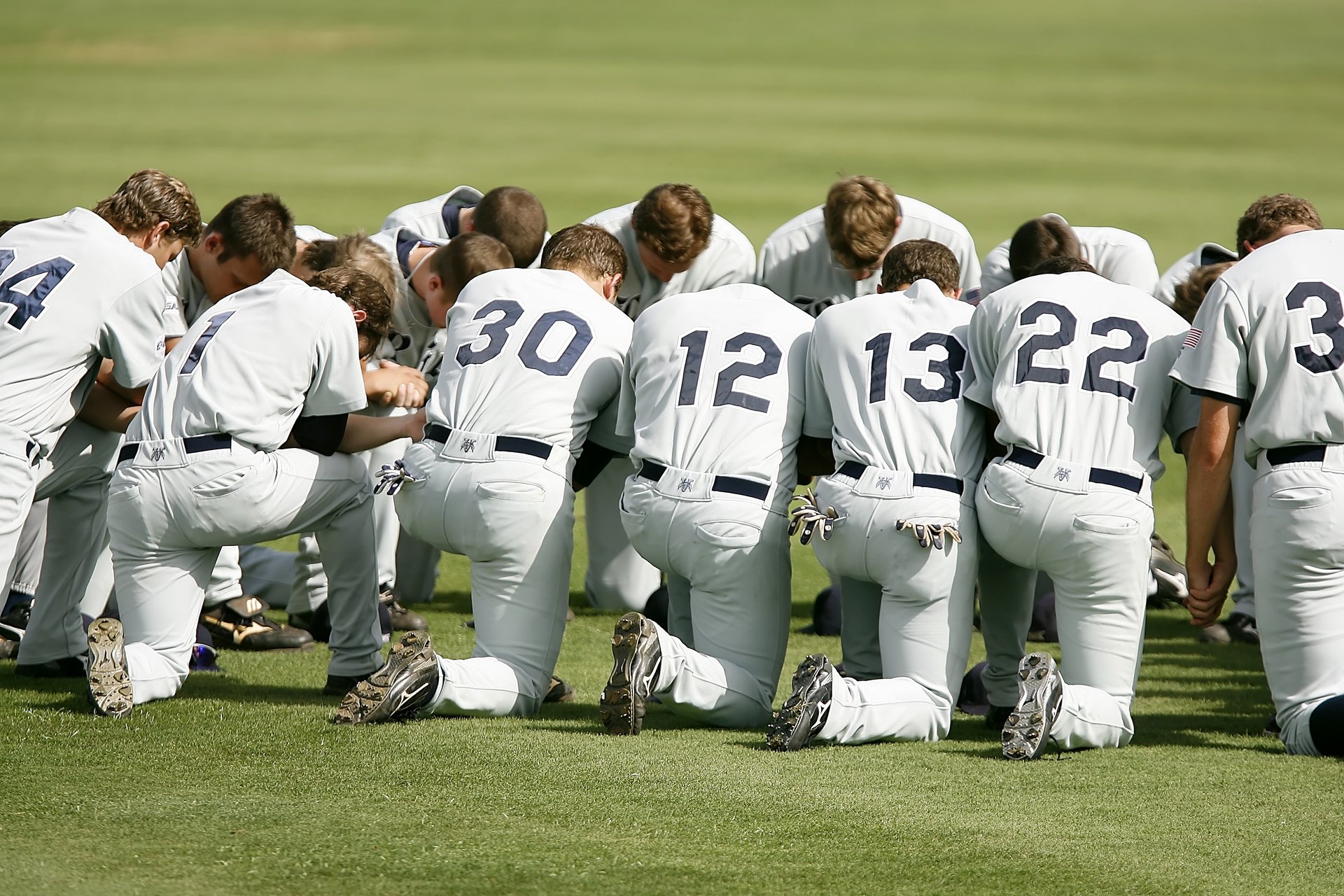 (Buffalo, New York) Local man Bryan James, who proudly announced from the couch today that he could outpitch 79-year-old Dr. Fauci, somehow couldn’t find the strength to watch as members of the Yankees and Nationals took a knee before today’s baseball game.

Wife Karen James says Bryan got emotional and had to change the channel when he saw that everyone was kneeling.

“Bryan was very proud of himself when he let the family know that he could toss the ball toward home plate better than Fauci. He even said he won’t trust a man who doesn’t know how to throw a baseball,” Karen stated. “But when my Bryan saw all those men kneeling in solidarity with the socialist, racist terrorists – well he lost his mind.”

“Luckily for us Bryan didn’t hit the TV with a darn thing,” Karen stated. “He also didn’t throw hard enough to make any marks or dents in the wall, so things could certainly have been worse.”

As of Thursday night Bryan was icing his now injured throwing shoulder and bragging that he could still outpitch Dr. Fauci with his left hand.

Pentagon: 'It's Time to Erect Statues In Honor Of Our Arriving Alien Overlords'

Fri Jul 24 , 2020
The Pentagon put an end to the ongoing statue removal debate today by ordering every statue in the country to be taken down and replaced with sculptures of our “soon-to-be arriving alien overlords.” The announcement comes just hours after the government admitted it had found multiple crashed UFOs. “Over the past years we have acquired several off-world vehicles that contained deceased, foreign lifeforms,” General Mark A. Milley stated. “Along with this we found plans for an invasion, and that invasion is coming soon.” The Pentagon says that the extraterrestrial equipment they found is so far advanced that humans have “no chance” fighting off the superior species. “We have no clue how their alien technology even works, so the best thing that we can do is give praise and show our subservience from the very beginning,” General Milley stated. “Replacing all statues is just our first step. Indeed, it appears the age of mankind’s rule is over.” Milley also stated that the government would be cutting military spending in half starting next month because “there’s really no point in trying anymore.” Instead, the general says the funds will be used to end homelessness, provide universal healthcare, fund education, and end world hunger. “We’re still not sure what we’re going to do with the rest of the money,” Milley confirmed. “But for a few weeks, until the aliens come and take over everything we know and love, the United States will be the greatest that it has ever been.” Photo credit Timothy Hale