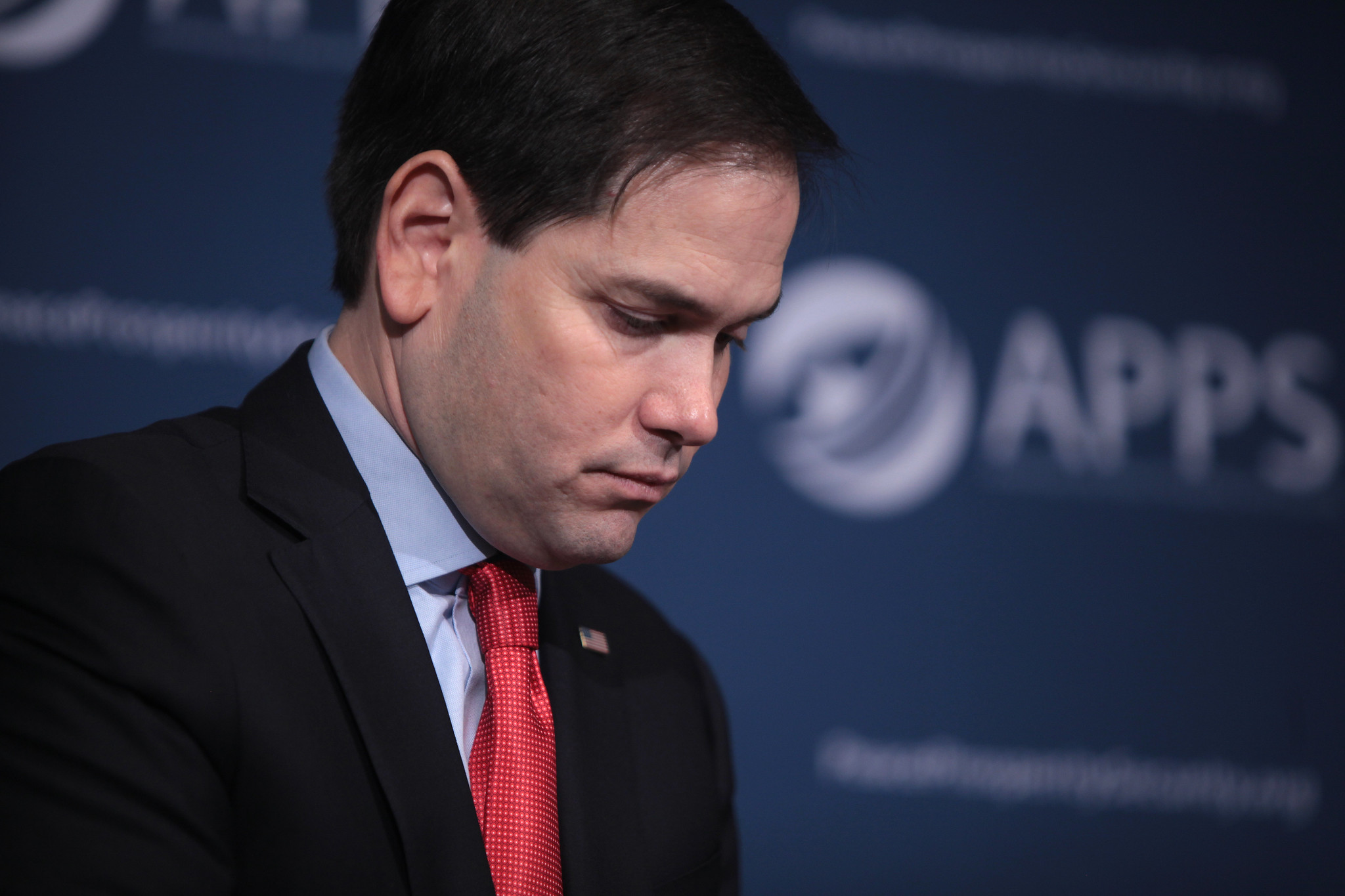 Senator Marco Rubio really stepped in it today when he posted a terribly-executed tribute to deceased civil rights leader John Lewis and followed it up with a strange, racist tirade on Twitter.

In a since-deleted tweet, Rubio shared a photo of himself and Elijah Cummings – another deceased Black lawmaker – and captioned the photograph with the words:

“It was an honor to know & be blessed with the opportunity to serve in Congress with John Lewis… a genuine & historic American hero. May the Lord grant him eternal peace.”

Twitter erupted in response to Rubio’s significant and embarrassing error, but the Florida Senator seemed completely unfazed by the mistake and began genuinely replying to tweets.

“Wait, don’t all black people look alike?” Rubio tweeted in reply to one Twitter user. “I thought I could just pick any photo with me and one of them.”

Painfully blind to his racism, Rubio doubled-down, tweeting out:

“I’ve never purposely made eye contact with a black person. Aren’t they all just vague, shadowy figures to everyone else? Isn’t that why we’re all so afraid of them? What is happening?!”

As of press time outraged Democrats were calling on Rubio to resign, while most Republicans were just glad they didn’t have any photos with Black people to make such a mistake.

Sun Jul 19 , 2020
Democrats are taking heat after forcing a clandestine weekend vote today in which they managed to approve a minor name change to US Army base Fort Bragg; one of several US bases named after Confederate generals. “In honor of president Trump, our motion to officially change the name of ‘Fort Bragg’ to ‘Fort Brag’ with one letter ‘G’ has passed,” Speaker Nancy Pelosi stated. “Let this be a late, but imperative reminder that we should never celebrate treasonous traitors of the United States, but rather call them out – wherever they are – for what they really are.” Pelosi later told reporters that the idea behind the name change was inspired by president Trump himself who had weighed in on the issue of US military base names just yesterday. “I mean, if they really have to change the names. And you hate to see it. But if they really need to change them and there’s no other options, maybe they should name one or two after me?” Trump suggested with a shrug. “I’m no Confederate general, but I certainly agree with a lot of what they stood for. That’s what I would call a compromise.” As of Sunday afternoon, Democrats were hailing the name change as “frugal” and “a step in the right direction” as the taxpayer cost to remove a single ‘G’ from the end of all signage was minimal – allowing budgeting for the addition of Trump’s silhouette on every sign.