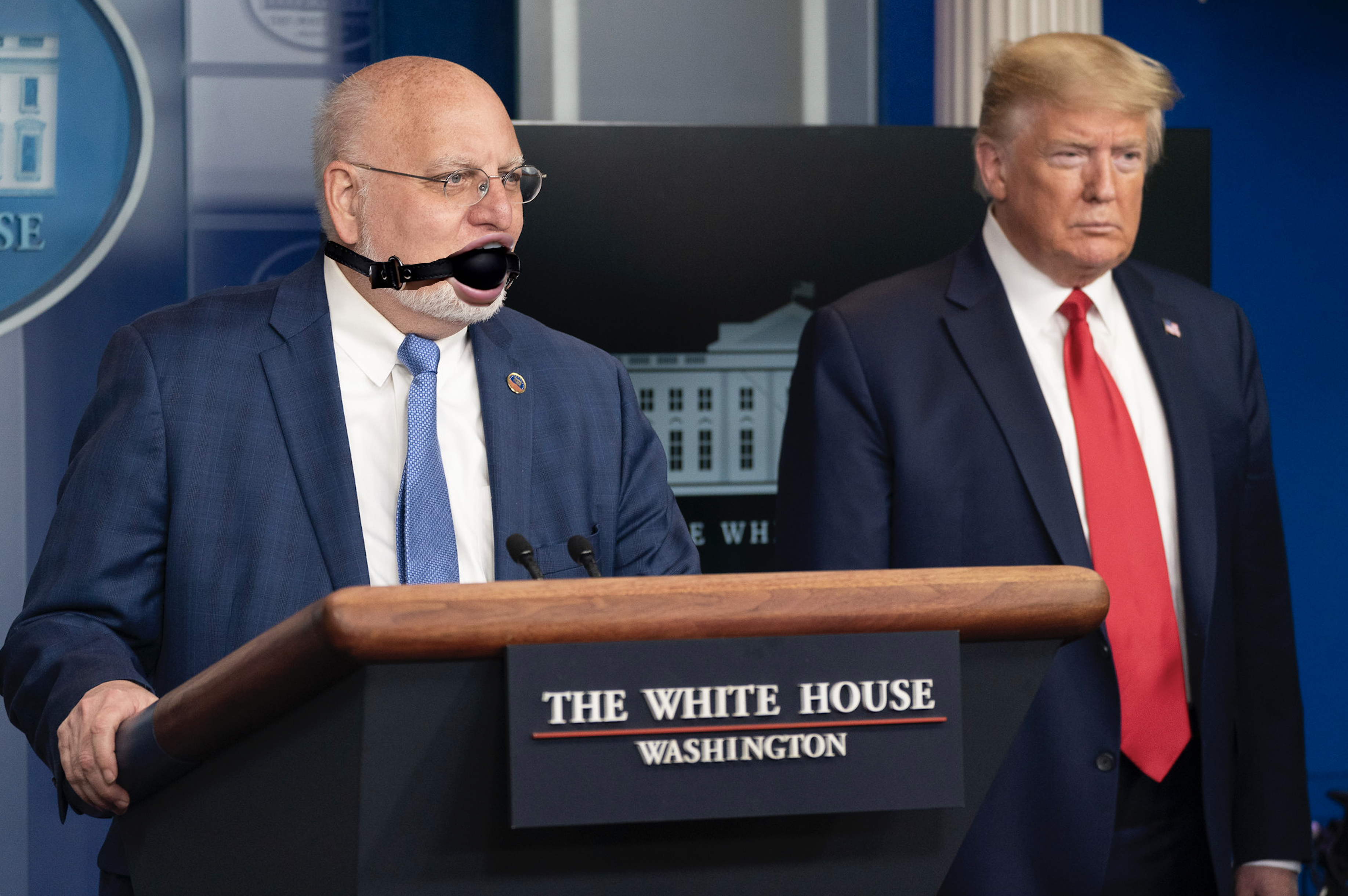 The Director of the CDC, Robert Redfield, took questions on schools reopening this morning alongside Donald Trump during an odd White House Press conference at which he wore a leather and rubber ball gag.

“He couldn’t find his mask, but Mike (Pence) had a spare one of these,” Trump explained on behalf of Redfield. “So if anyone has questions for Mr. Redfield, just go ahead and ask and I’ll be more than happy to interpret what he’s saying.”

A member from the press then asked the CDC Director if he thought that schools should be opening on schedule.

“He’s saying that all of the beautiful science he’s doing shows that we can reopen the schools!” Trump smiled. “And that we’re doing such a tremendous job that if we wanted to, we could open them early! Maybe even next week! Wow! How about that folks?!”

As of press time the White House had released a statement on behalf of the CDC stating that Redfield now preferred the ball gag and that he’d be wearing one for the foreseeable future.

Sat Jul 18 , 2020
Senator Marco Rubio really stepped in it today when he posted a terribly-executed tribute to deceased civil rights leader John Lewis and followed it up with a strange, racist tirade on Twitter. In a since-deleted tweet, Rubio shared a photo of himself and Elijah Cummings – another deceased Black lawmaker – and captioned the photograph with the words: “It was an honor to know & be blessed with the opportunity to serve in Congress with John Lewis… a genuine & historic American hero. May the Lord grant him eternal peace.” Twitter erupted in response to Rubio’s significant and embarrassing error, but the Florida Senator seemed completely unfazed by the mistake and began genuinely replying to tweets. “Wait, don’t all black people look alike?” Rubio tweeted in reply to one Twitter user. “I thought I could just pick any photo with me and one of them.” Painfully blind to his racism, Rubio doubled-down, tweeting out: “I’ve never purposely made eye contact with a black person. Aren’t they all just vague, shadowy figures to everyone else? Isn’t that why we’re all so afraid of them? What is happening?!” As of press time outraged Democrats were calling on Rubio to resign, while most Republicans were just glad they didn’t have any photos with Black people to make such a mistake. Photo Credit Gage Skidmore