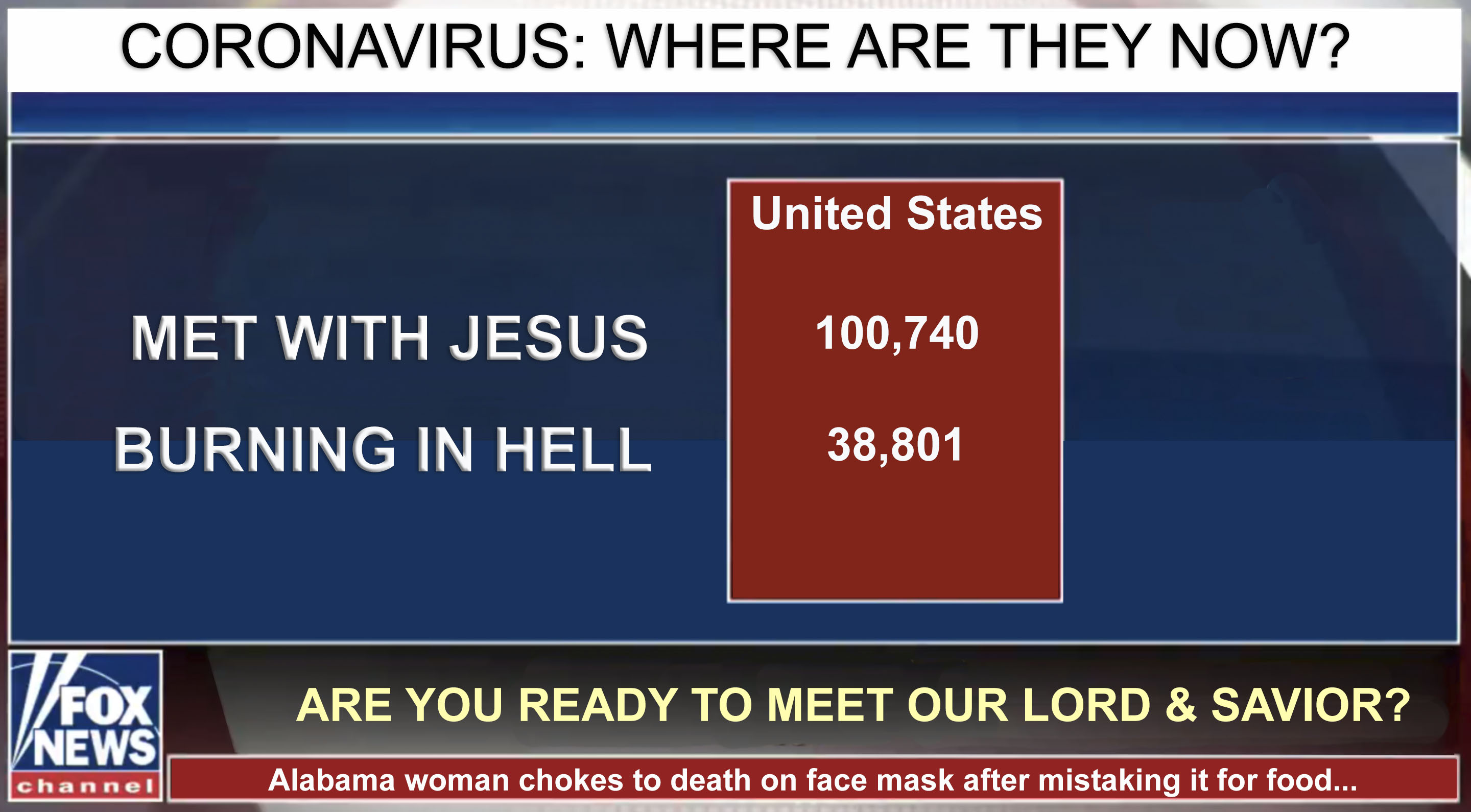 According to a leaked memo, Fox News anchors are now only allowed to refer to COVID-19 deaths as “meetings with Jesus.” Many are calling the move a shamefully transparent attempt to influence public perception of the White House’s handling of the pandemic.

“As a God-fearing Christian, it makes me jealous that so many people are getting to meet Jesus,” Fox News host Laura Ingraham smiled. “Because the world is such a chaotic place right now, who wouldn’t rather be meeting our Lord and Savior? Doesn’t that sound wonderful?”

As of noon today, Fox News was reporting that 73% of coronavirus victims from the US – or about 100,740 people – were having a fantastic time in Heaven. The network also reminded non-believers that there was still time to convert and be saved from an eternity of burning in hell; a message that has already been a part of Fox’s daily programming since 1996.

Sat Jul 18 , 2020
The Director of the CDC, Robert Redfield, took questions on schools reopening this morning alongside Donald Trump during an odd White House Press conference at which he wore a leather and rubber ball gag. “He couldn’t find his mask, but Mike (Pence) had a spare one of these,” Trump explained on behalf of Redfield. “So if anyone has questions for Mr. Redfield, just go ahead and ask and I’ll be more than happy to interpret what he’s saying.” A member from the press then asked the CDC Director if he thought that schools should be opening on schedule. “Mmmmph Mmrrghgg Mmm!” Redfield moaned while shaking his head, “Hhhhmmmmmphhh mmmmhhmmm hmmmgrrmm!” “He’s saying that all of the beautiful science he’s doing shows that we can reopen the schools!” Trump smiled. “And that we’re doing such a tremendous job that if we wanted to, we could open them early! Maybe even next week! Wow! How about that folks?!” As of press time the White House had released a statement on behalf of the CDC stating that Redfield now preferred the ball gag and that he’d be wearing one for the foreseeable future.