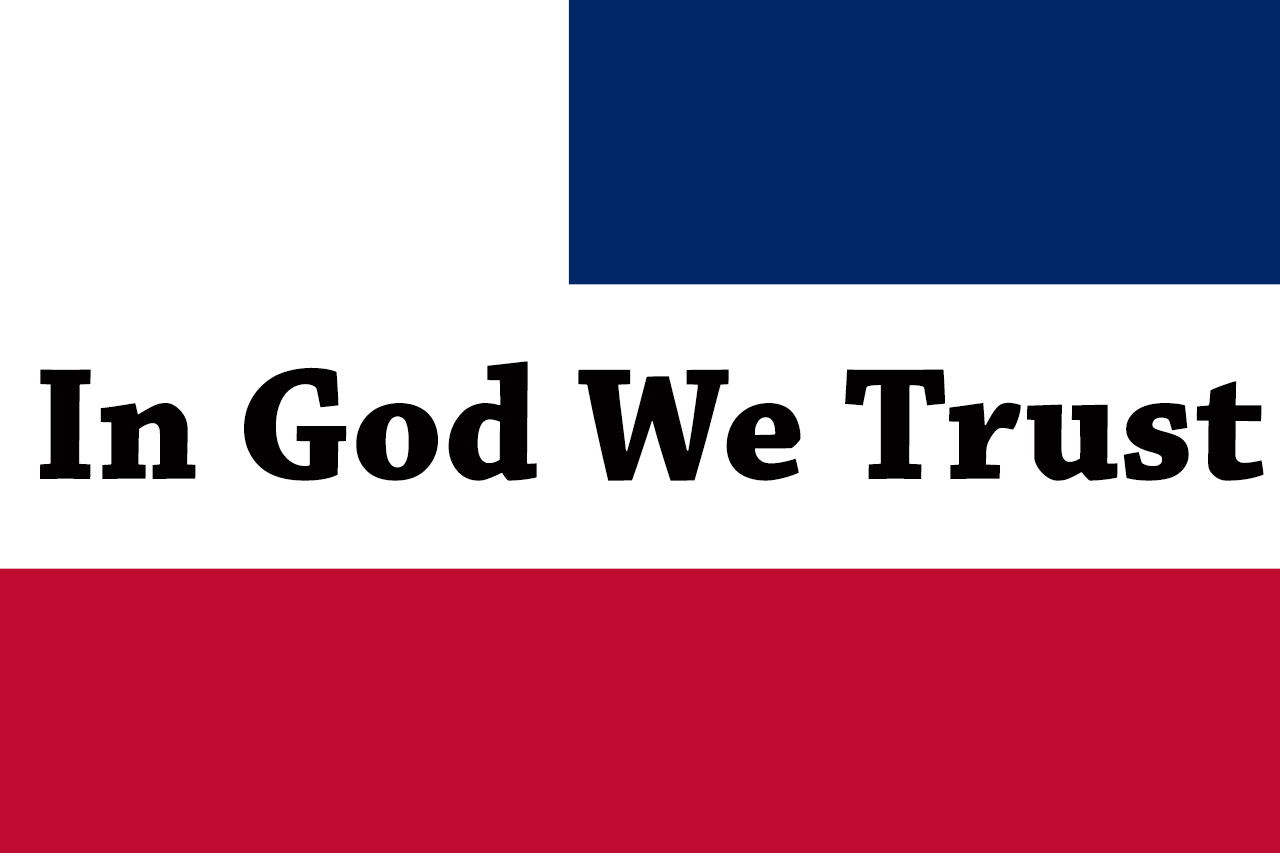 Just days after Mississippi lawmakers voted to replace the state flag because it included the old, racist Confederate flag in the top left corner, government officials have unveiled a new design that has upset both atheists and racists in the country.

“We left an empty void in the top left corner to represent a white flag of surrender. This corrects the history of our flag and shows that the Confederacy was the loser of a war in which they were traitors to their country and defenders of slavery,” Mississippi Governor Tate Reeves stated. “Now, unfortunately this pissed off our racist, ignorant residents and there’s no reasoning with stupid. So, to calm them down a bit, we added an oversized ‘In God We Trust’ to the flag, but this has angered the atheists and sort of annoyed the agnostics.”

In response, the American Atheists released a pointed statement.

“If there really was an all-knowing, all-powerful and loving ‘God’ then we wouldn’t have to deal with hate, war, and racism in the first place. The new state flag might as well say ‘We’re stupid and scared’,” the letter read. “Getting people to think is like herding cattle. So, we’ll take this baby step against racism as a small victory and keep pushing to remove ‘God’ from the flag because the government cannot endorse one religious view over another. The constitution doesn’t care about your unfounded feelings.”

As of Tuesday morning, the atheists had already begun taking the necessary legal steps to challenge the new flag in court. Meanwhile, hundreds of angry protesters who don’t understand the meaning behind the Confederate flag, what Jesus would really do, or how government works were gathering outside the state capital with their biggest guns.

Wed Jul 1 , 2020
Sources inside the White House revealed today that president Trump refuses to wear a mask because he is afraid of the R.L. Stine children’s horror book The Haunted Mask in which a Halloween mask slowly becomes part of the main character’s face and they are unable to remove it. “Ever since reading this Goosebumps book back in 1993, Mr. Trump hasn’t been comfortable putting any sort of mask on his face as he is terrified that it will become permanently attached,” White House Press Secretary Kayleigh McEnany stated. “I think we all need to respect the president and not mock him for his fear.” McEnany also noted something that might explain Trump’s skin color. “The president covers himself in Goo Gone – America’s number one adhesive remover – every morning to ensure that nothing can become stuck to his body. You might think it’s funny, but so far it’s worked.”