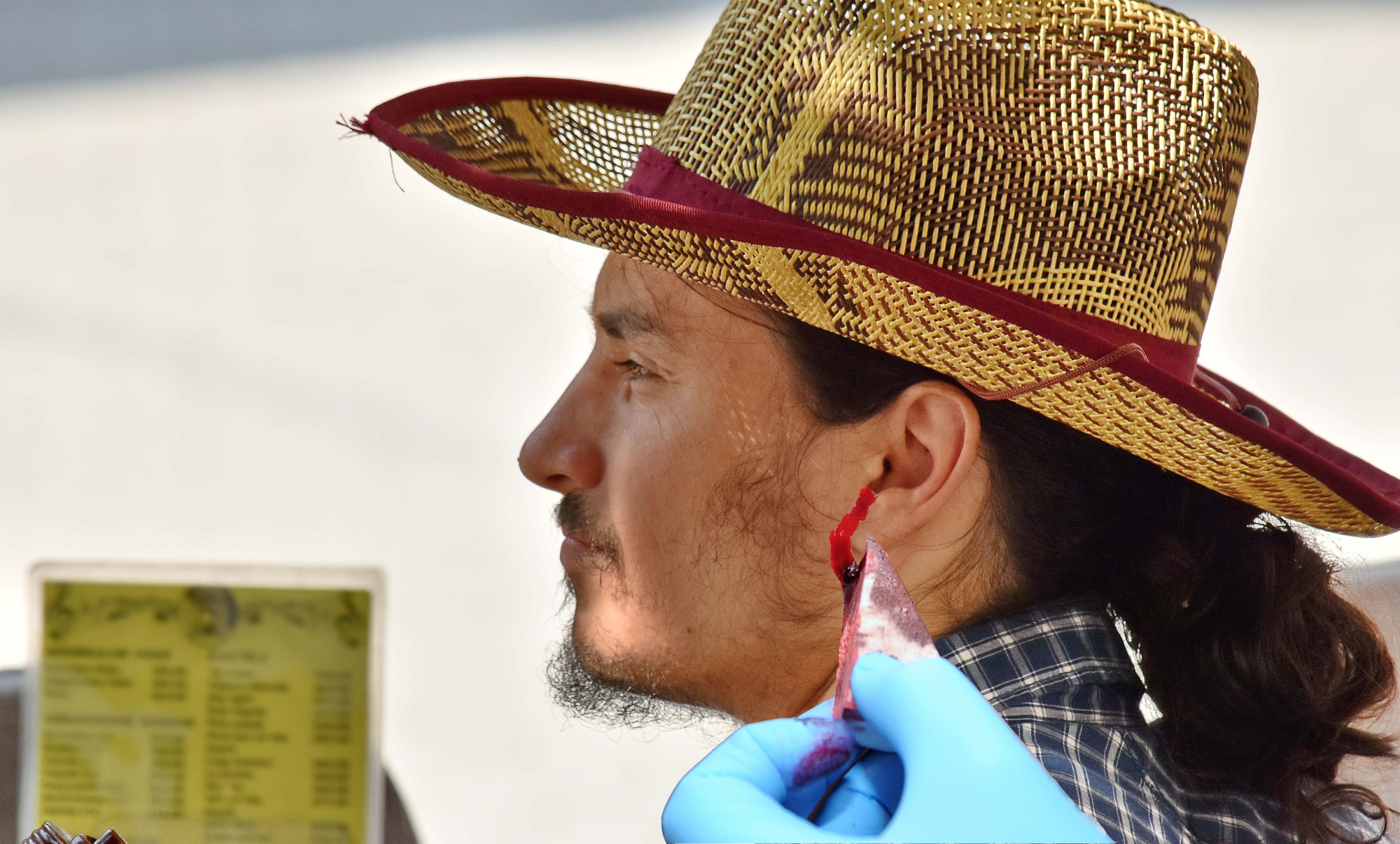 Chase Rice concert-goers were given the rare chance to be literal diehard fans over the weekend as the popular country singer decided to play a crowded show in the midst of the coronavirus pandemic. Seconds into the start of the his set, nearly everyone in attendance began reporting that blood was pouring out of their ears.

“We want to reassure first time fans that this happens every time Chase takes the stage,” an official statement released by the band reads. “It’s perfectly normal for his unoriginal, corporate-pandering, clowntown honkey bullshit to reach the human brain and immediately cause extreme hemorrhaging due to cognitive dissonance. The blood streaming out of your ears is just a sign that your body is both accepting and enjoying the experience.”

As of Monday morning, a new message had been added to the musician’s website which encouraged fans to bring their own tampons to use as ear plugs at future shows until the star can finalize a deal with major tampon company Kotex who has reportedly already created custom signage with the slogan “Chris Rice is Kotex Country”.

Tue Jun 30 , 2020
Just days after Mississippi lawmakers voted to replace the state flag because it included the old, racist Confederate flag in the top left corner, government officials have unveiled a new design that has upset both atheists and racists in the country. “We left an empty void in the top left corner to represent a white flag of surrender. This corrects the history of our flag and shows that the Confederacy was the loser of a war in which they were traitors to their country and defenders of slavery,” Mississippi Governor Tate Reeves stated. “Now, unfortunately this pissed off our racist, ignorant residents and there’s no reasoning with stupid. So, to calm them down a bit, we added an oversized ‘In God We Trust’ to the flag, but this has angered the atheists and sort of annoyed the agnostics.” In response, the American Atheists released a pointed statement. “If there really was an all-knowing, all-powerful and loving ‘God’ then we wouldn’t have to deal with hate, war, and racism in the first place. The new state flag might as well say ‘We’re stupid and scared’,” the letter read. “Getting people to think is like herding cattle. So, we’ll take this baby step against racism as a small victory and keep pushing to remove ‘God’ from the flag because the government cannot endorse one religious view over another. The constitution doesn’t care about your unfounded feelings.” As of Tuesday morning, the atheists had already begun taking the necessary legal steps to challenge the new flag in court. Meanwhile, hundreds of angry protesters who don’t understand the meaning behind the Confederate flag, what Jesus would really do, or how government works were gathering outside the state capital with their biggest guns.