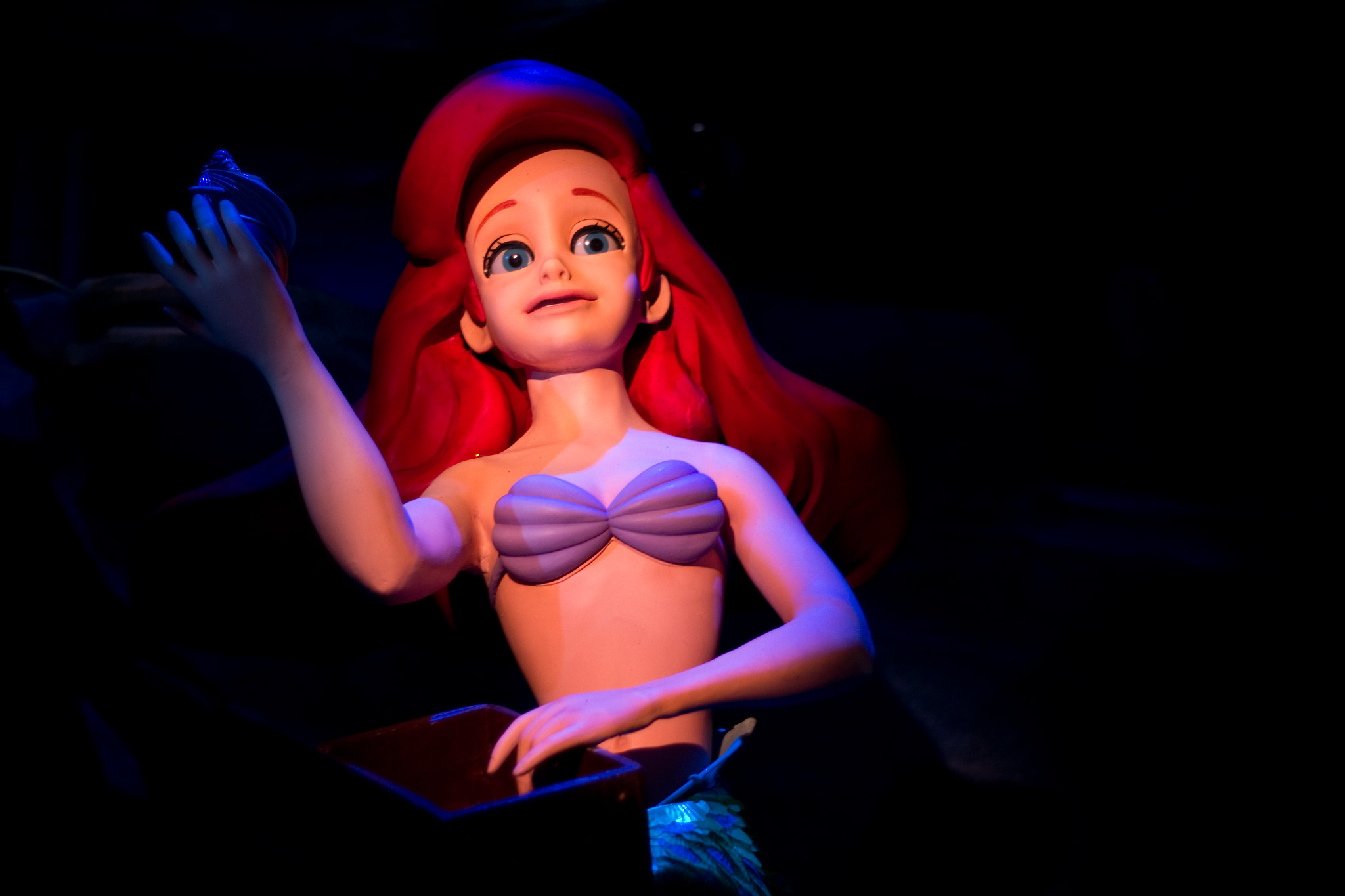 Disney announced that yet another one of their rides will be getting a politically correct upgrade this month after the company decided that their ‘The Little Mermaid: Ariel’s Undersea Adventure’ ride was both sexist and racist. The new ride, which will be called ‘The Little Mer-Person: Ariel’s Woke Adventure’ is scheduled to reopen in late September in California and Florida.

Notably, several new songs will be piped through brand new Dolby Digital Surround Sound speakers, including Childish Gambino’s “This is America,” which will replace “Under the Sea” and be sung by the character Sebastian who is voiced by Donald Glover himself.

Another character receiving an upgrade is the infamous villain Ursula, who will now be voiced by music legend Queen Latifa who will be featured singing her hit song “U.N.I.T.Y.” in place of “Poor Unfortunate Souls”.

Disney says the final scene culminates when Sebastian (Glover) sings the familiar song “Kiss the Girl” with updated pronouns while PrinceX – who is a black, transgendered, lesbian – kisses a non-binary Ariel on the lips after first clearly asking for and receiving consent.

Fri Jun 26 , 2020
Advertised as the answer to free speech suppression on social media, Parler has outpaced every other two-star rated app designed for people who want to share racist, sexist, and homophobic content without repercussions. Parler, which exists as a rejection of Twitter’s culture of banning despicable users, is now the go-to place when you want to find similarly depraved people who become giddy at the sight of tactless, lowbrow material. “Parler is a safe haven for the hardworking, upstanding bigots who just want to let their bottled up hate out into a friendly and welcoming environment,” founder John Matze stated. “Social justice warriors wield no power here as sympathy and empathy have zero leverage on Parler. Our cold, unfeeling moderators will not allow a community of liberal snowflakes to punish users for showing their true colors.” Despite attempting to become the final solution for alt-right social media, as of press time, Parler users were still being fired from their jobs for posting deeply insensitive content on the platform because, apparently, social rules for common decency still apply to hate speech within the confines of perceived safe spaces.