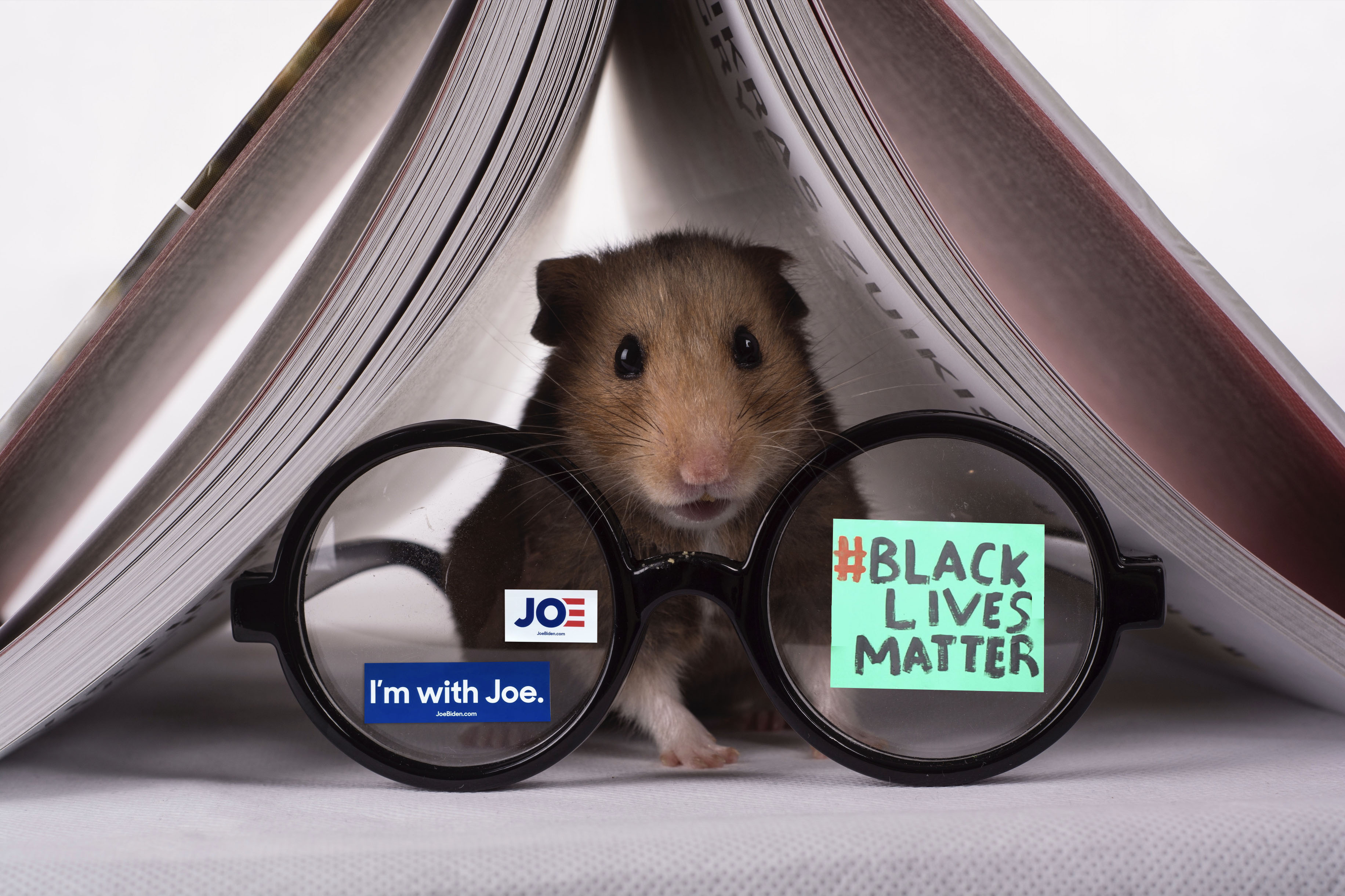 An adorable hamster that has housed the real brain of Ben Carson since a failed 2015 experiment came forward today to voice support for Joe Biden and Black Lives Matter.

The hamster, which according to all leading scientists is Ben Carson, showed its support for Biden and the cause by slapping two small bumper stickers and a paw-made ‘Black Lives Matter’ sign on a pair of the doctor’s old glasses and posing for photographs.

Notably, legal experts say that the hamster brain currently operating Ben Carson’s human body has been allowed to roam freely – saying and doing whatever it wants – because there aren’t any laws on the books that deal with such a circumstance.

“Although Dr. Carson doesn’t have any legal recourse against the actions of the hamster controlling his real body’s every thought and action, we’re doing everything we can to preserve his First Amendment right to free speech by providing him with this photo shoot today,” a representative from Carson’s office stated.

Mon Jun 8 , 2020
Just before unveiling a sweeping police reform bill in response to George Floyd’s murder and the resulting worldwide protests⁠, Democrats caused an uproar when they decided to take a knee in the U.S. capitol while sporting African neck rings and showing off freshly pierced septums. The failed display of solidarity initially brought strong backlash from the black community until it was revealed by the Congressional Black Caucus that the entire ordeal was just an elaborate prank played on white members of Congress. “We wanted to see how far we could get them to go. So we told them to do it.” Black Caucus Chair Karen Bass laughed. “White people are always so on edge when it comes to the topic of race and this time we just couldn’t help ourselves.” As of press time, the Congressional Black Caucus said it was in the process of convincing Mitt Romney to get cornrows.