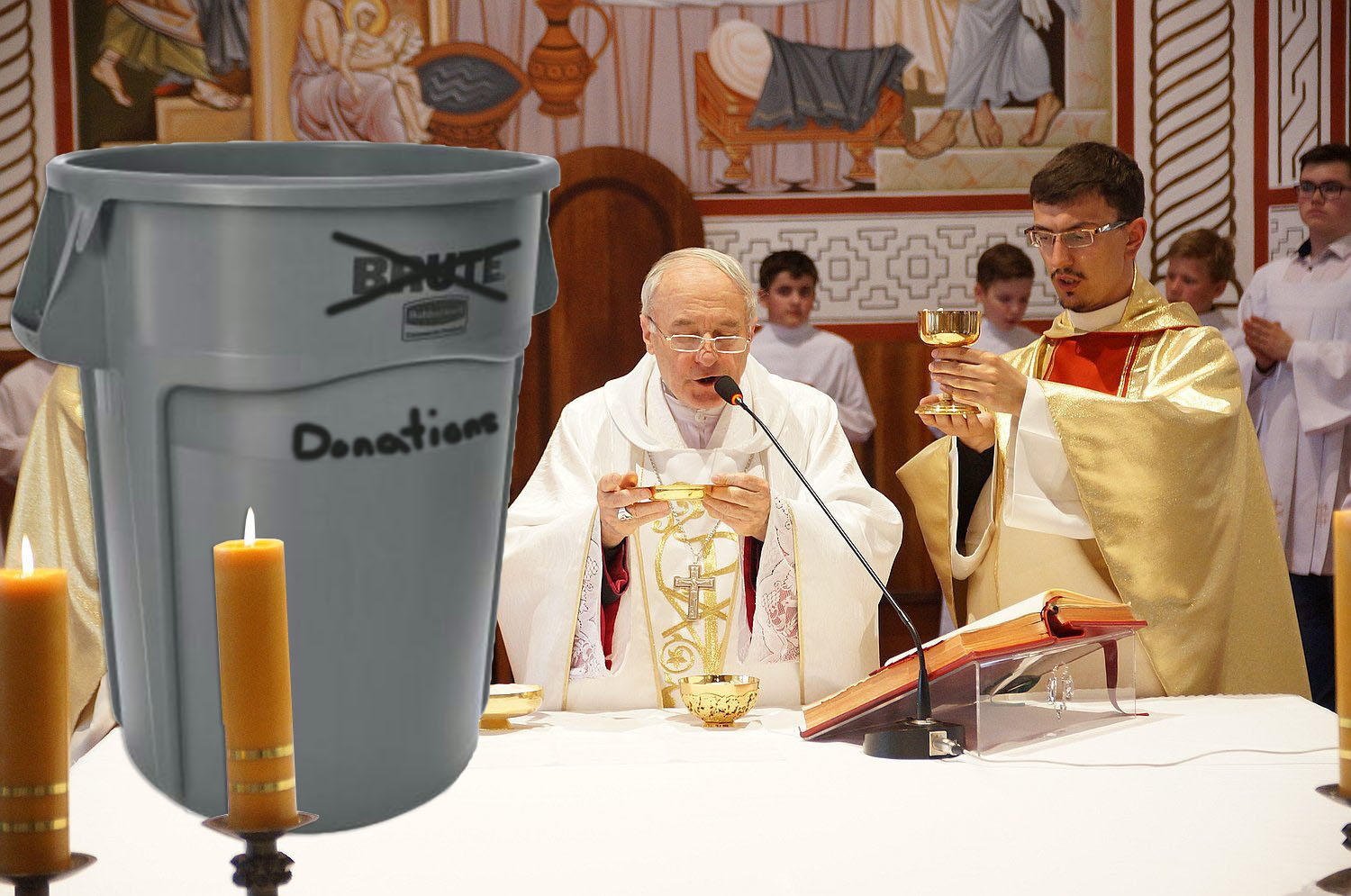 Hurting for money after several weeks without holding a single mass, Father Peter Gibbons of St. Margaret’s Parish in Austin, TX is now deeply regretting his decision to buy a 45-gallon trash can for collecting donations.

“The optics are off. That’s for sure. I feel like I could have picked a better container,” Gibbons frowned. “I just don’t think the parishioners are believing my story that God told me to buy a heavy duty trash can for this purpose.”

As of press time, Gibbons said he would be getting rid of the giant container and be resorting back to good old fashioned Catholic guilt next weekend.

Tue May 26 , 2020
Confident that he’d like to murder at least one person, 17-year-old Thomas Wilkins of Genesee, Wisconsin says he’s torn between becoming a serial killer or a police officer. “Next year I’ll be 18, which means I’ll be old enough to become a police officer in this state,” Wilkins stated. “So I’m weighing out the pros and cons of each option.” Wilkins says that although he’d like the fame and notoriety that comes with being a serial killer, he’s also intrigued by the idea of killing a minority without consequence. “Sure, I’d love to have a horror movie or two made about me. Cops don’t really become legends like serial killers,” Wilkins stated. “On the other hand, I do like the feeling of absolute power that comes with authority.” As of press time, Wilkins said he was leaning toward becoming a police officer because he’d have a whole department covering up his crimes instead of trying to hunt him down.