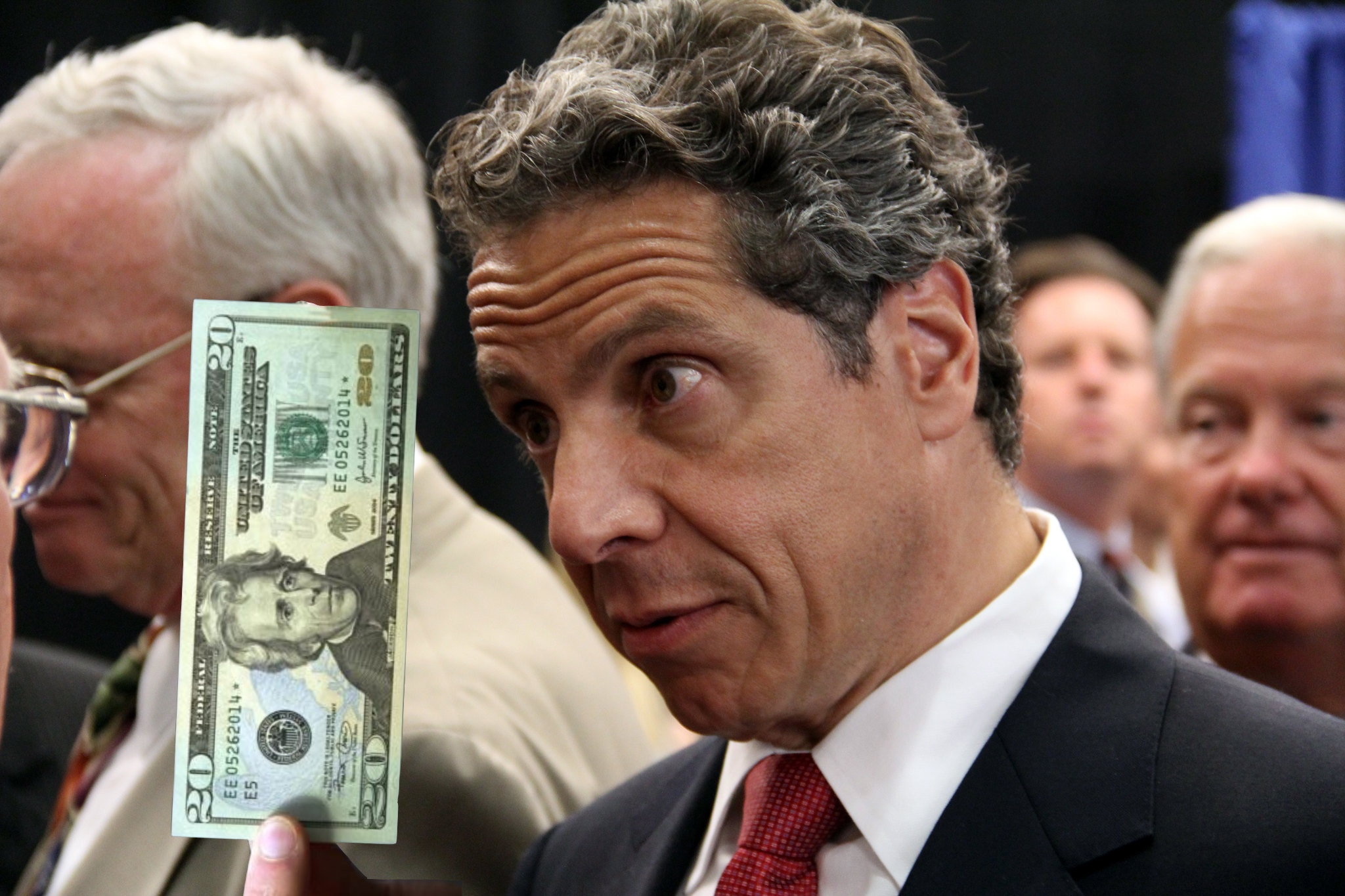 After finally removing all of the filth and grime from NYC subways last night with a thorough cleaning, the NYC Metropolitan Transportation Authority (MTA) excitedly announced this morning that they had found a $20 bill in the process. Upon hearing the news, an energized New York Governor Andrew Cuomo said that the city should strongly consider cleaning its streets for the first time as well.

“There’s money to be made in NYC,” a grinning Cuomo stated. “Plus it will be nice to have the streets restored to their original color – that signature bright and shiny New York apple red.”

Thu May 7 , 2020
God is facing criticism from Trump and his supporters after the president issued an angry, ranting, hour-long address on the National Day of Prayer that repeatedly trashed the deity for allowing the Coronavirus to get out of control. “Dear big man in the sky, I don’t know what you think you are doing, but you won’t mess this up for me!” a visibly angry Trump shouted. “I know that there are a lot of people dying, and we can deal with that, but I come before you today to ask for financial blessings to boost the American economy so I can get reelected.” Trump paused to fix his dentures which had come loose from his yelling before continuing on. “Rush Limbaugh keeps me strong, and I know Fox News will sustain me and my followers with alternative facts. But Lord, my wealthy friends and I do seek a large sum of money to maintain our current lifestyles and comforts. This won’t come unless you do something to get these heathen liberals to open up their states! Bottom line: you caused this, so you should fix it!” As he concluded his meandering speech, the president tried for a softer tone. “Finally Lord, we do thank you for providing for us. Specifically for giving us so many essential workers that are willing to risk their non-essential lives. May we never run out of them as we work to reopen this great nation earlier than the godless scientists say we should. The end. Err… I mean, ahh men!”