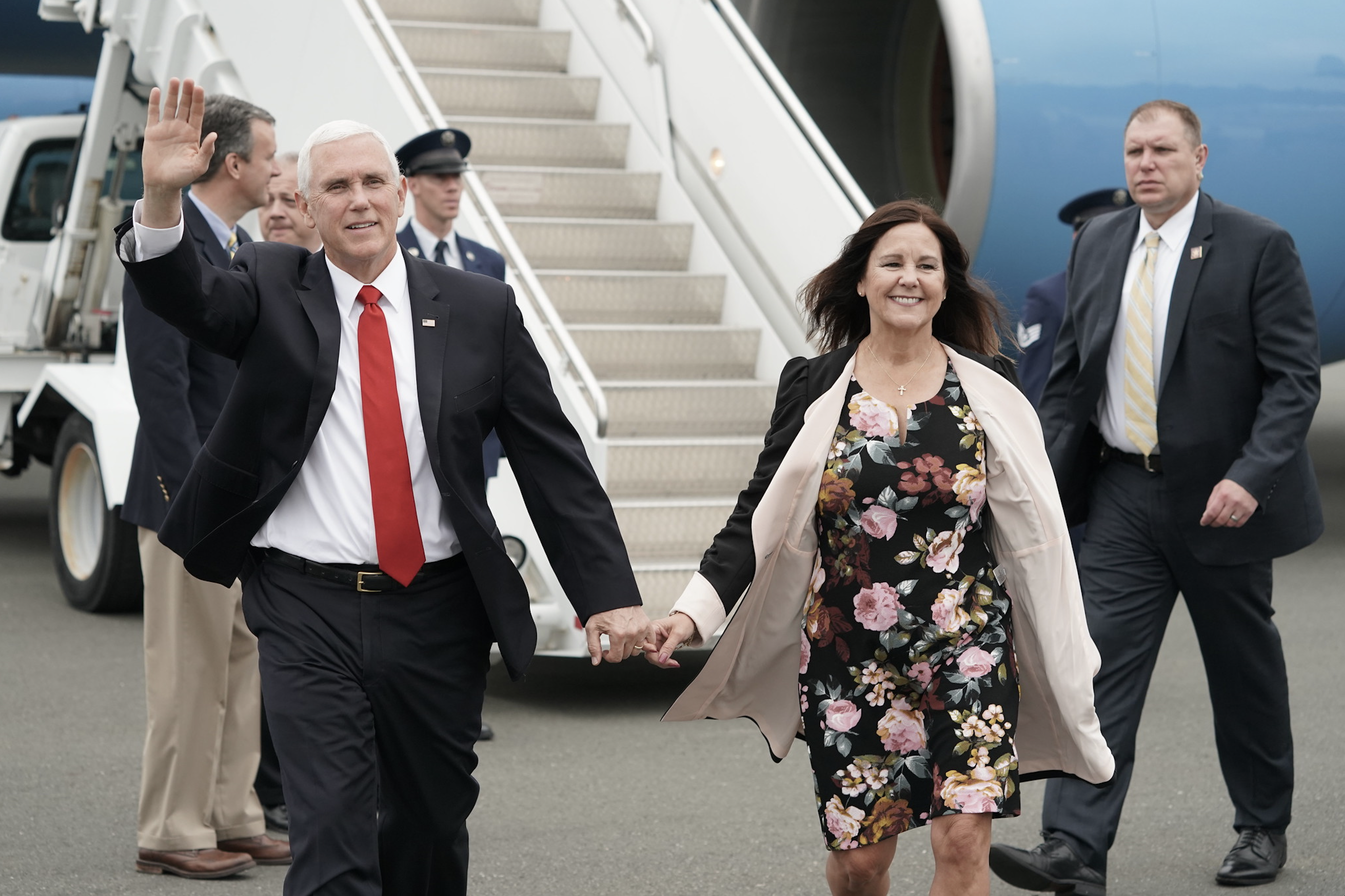 A frustrated Karen Pence made an awkward request during a guest appearance this morning on Fox & Friends with her husband Mike Pence.

“Is it too late to change the gay man I’m quarantined with?” a teary-eyed Karen Pence half-joked. “All he wants to do is cuddle and watch Dancing With the Stars while saying how excited he is to be a contestant next season.”

“Mother… Mother likes to joke around,” Pence stated while turning bright red. “We have a good time.”

Karen Pence then continued on with her complaint.

“I mean, Lance Bass, Ricky Martin, Zachary Quinto… any of these men would be more entertaining and just as sexually fulfilling as Michael here,” Karen Pence stated while poking the vice president in the ribcage. “The closet doesn’t even want this boring old queen around.”

Sun Apr 12 , 2020
At his Easter press conference with reporters this morning, a mind blown president Trump shouted at reporters “I just learned that Jesus was brown or black! Did you know that? I just learned it today. What a time to be alive! Next thing you know they’re gonna tell me that the eggs don’t come from eggplants!” The president continued sharing his thoughts on the matter. “You know when I think of Jesus I just immediately imagine a white man, white glowing light, a white robe, long flowing hair and a chiseled body. You know, a hot white guy. Or something like Jason Momoa in a diaper on a cross, but less ethnic,” Trump explained. “But in reality, Jesus was a dark-skinned, short guy – maybe 5’2″ or 5’3″ – because they were short back then and he had to fit in with the non-aliens.” The president then abruptly changed the topic to the coronavirus, shutting down questions about Easter or Jesus. “We already have a Black History Month and a bunch of black Jesus holidays sprinkled throughout the year,” Trump said while refusing to take reporters’ questions about Jesus. “Do we really need to spend more time on these people when there’s an invisible enemy attacking the country?”