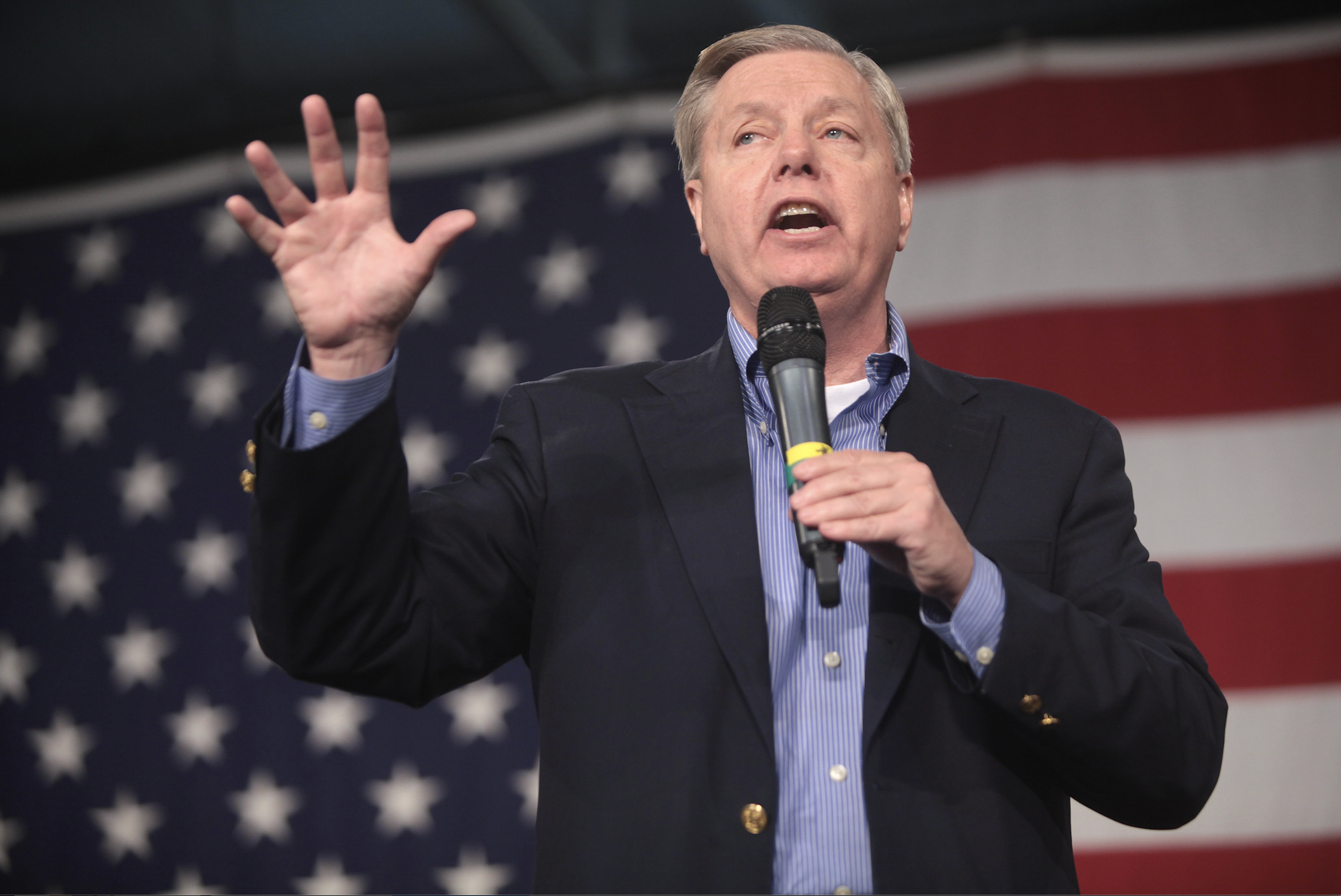 Senator Lindsey Olin Graham, a Southern belle from the great state of South Carolina, suggested to the public today that they all head to the stables, hop on their favorite horse, and play a rousing game of polo.

“A horseback mounted team sport is a simply marvelous way to pass the time during this unprecedented virus outbreak,” Graham stated while dabbing his brow with a handkerchief. “Polo is a wonderful game that allows all Americans to stay 6-feet apart while spending quality time with their horses and staying active.”

Graham finished his speech by assuring Americans that their private polo clubs will remain open as long as he’s in Congress. The Senator then climbed aboard his stagecoach and rode away to his plantation.

Creepy Hero Landlord Lowers Rent to One Lock of Hair

Sat Mar 21 , 2020
(Moreno Valley, CA) Landlord Ed Stallword, who manages several Southern California duplexes, is being deemed a “creepy hero” after allowing his tenants to pay their monthly rent with a lock of hair. Residents say they find Stallword to be both kind-hearted and off-putting. “He refused to tell me what he was doing with my hair,” resident Ashley Reynolds stated. “But honestly I’m only slightly disgusted. Ed’s a real angel. An unpleasant, frightening angel.” Meanwhile, other landlords have followed Stallword’s lead, allowing for rent payments in the form of toenail clippings, dirty underwear, and pictures of feet.