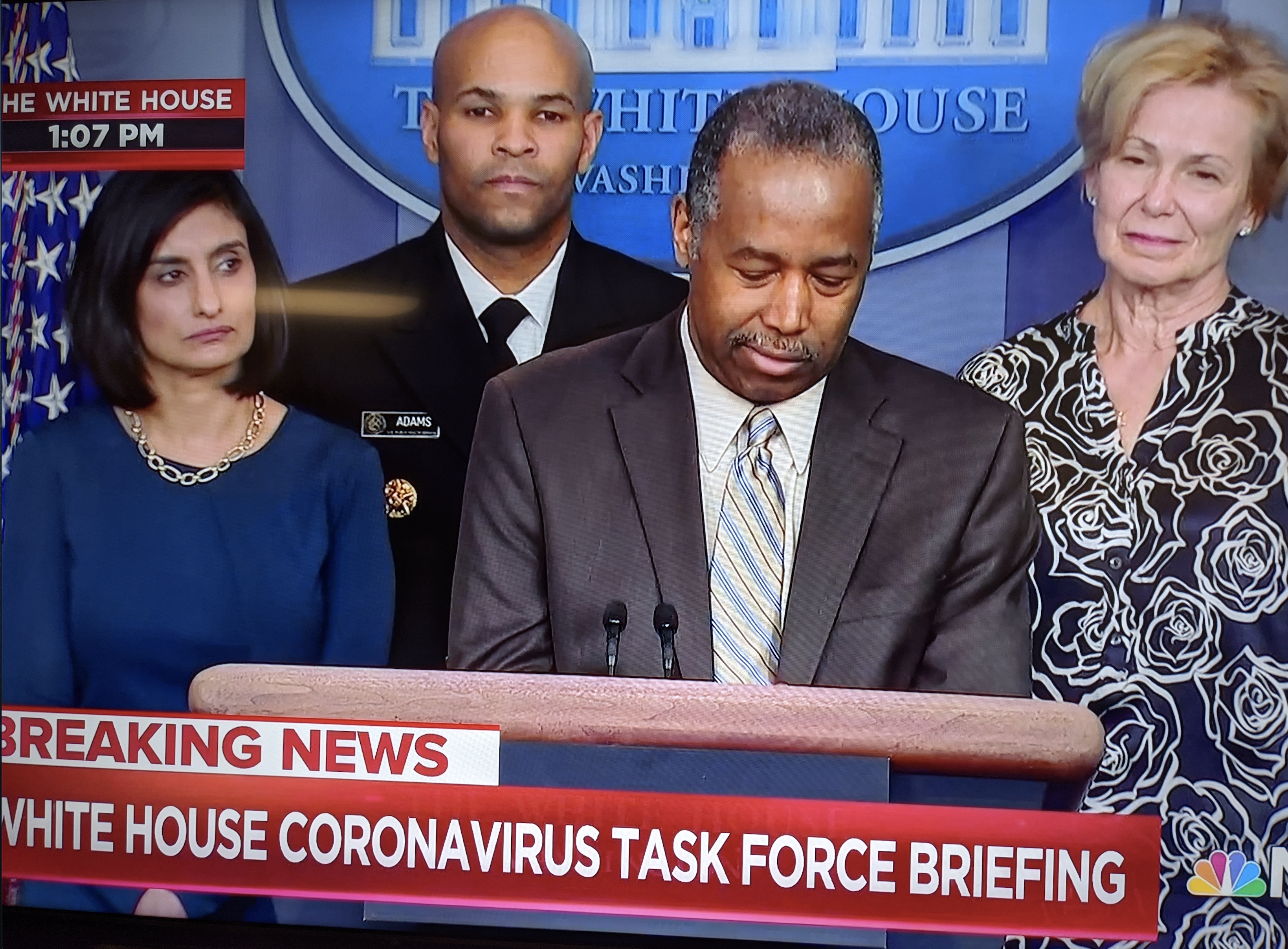 United States Secretary of Housing and Urban Development, Dr. Ben Carson, took a 45-minute power nap while on stage with Mike Pence and other experts who were delivering a White House briefing on the coronavirus. Carson, who sleeps 22 hours a day, nodded off several times before slipping in to a deep REM sleep – all while standing.

He then fell asleep again during his speech.

“Ben Carson was not being impolite,” vice president Mike Pence stated. “He simply needs his sleep in order to perform his job at an optimal level.”

Meanwhile, those on the left have expressed concern that Carson may not know what’s going on if he’s only awake for – at most – 2 hours a day.

“Although he is a brain surgeon whose operations would typically span several days, Mr. Carson is clearly not prepared or in touch with reality as he spends 95% of his time dreaming,” Speaker of the House Nancy Pelosi stated.

Date Going So Well, Man Just Might Get an Elbow Job

Sat Mar 14 , 2020
(Brookfield, WI) Local man Jeremy Walowitz says his first date with Amy Patel is going so well that he just might be getting an elbow job. “You have to be extra careful when dating during the coronavirus outbreak,” Walowitz stated. “There’s no kissing and no exchange of mucus whatsoever. Right now the elbow job is really all you can hope to get. Unless you’re into feet, then there’s a few more options.” In may ways an elbow job, or “LBJ” as some are calling it, is just like a hand job, except for the fact that the penis is placed in the cubital region of the arm fold, opposite the elbow. “I also call it the ‘Chicken Dance’ because it looks just like the part of the song where you flap your arms like a bird,” Walowitz stated. As of press time Walowitz was receiving an elbow job, but unable to finish because the Chicken Dance was playing on a loop in his head.