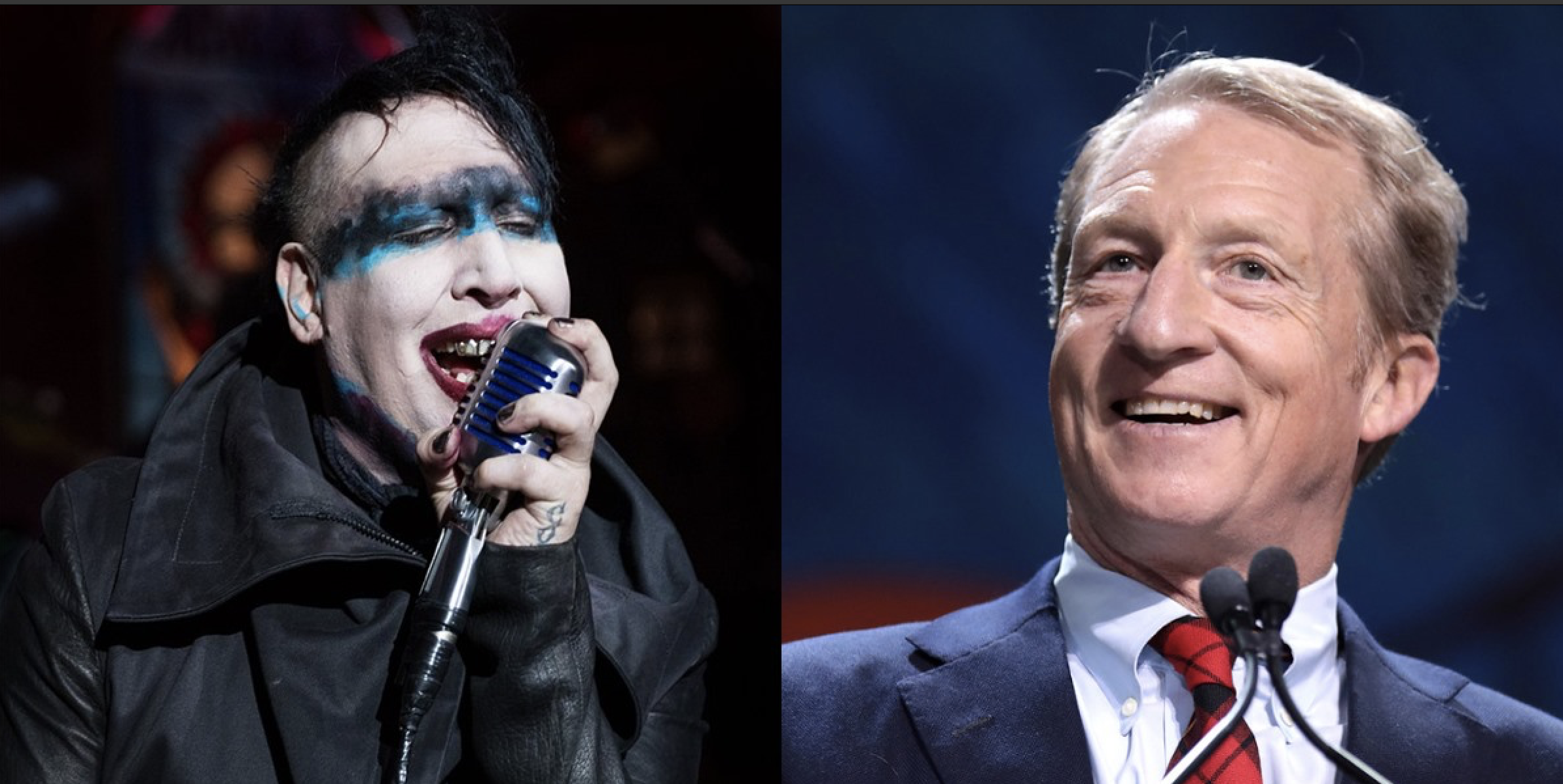 Presidential candidate Tom Steyer took the stage with Marilyn Manson in South Carolina today, just a day after white-boy twerking on stage with Juvenile to ‘Back That Ass Up’. Notably, Steyer sang the chorus to Manson’s chart-topping song ‘This is The New Shit’ which goes like this:

Steyer, who also came out wearing dark eyeliner like Manson, says that the alternative metal performance was all a part of his plan for reaching the younger voting demographic.

Sun Mar 8 , 2020
Morgues across the United States are preparing for the next three days of death and carnage as Daylight Savings Time (DST) is upon us once again. The annual extreme spike in American deaths was first directly linked to DST by a Swedish study in 2008 which found that the chances of having a heart attack goes way up in the first three weekdays after changing over to DST in spring. “Not only are the number of heart attacks tripled, but the time change is also responsible for a sizable increase in traffic deaths on the following Monday,” mortician Gregory Daines grinned. “On top of this, there are more severe workplace injuries and unfortunate miscarriages in the days following the start of Daylight Savings Time.” “It’s a great time of year to be in the death business,” Daines stated while steepling his fingers. “Hopefully I’ll make enough money to take a trip to somewhere outside of my basement this year, and maybe have a morgue-arita or three.”