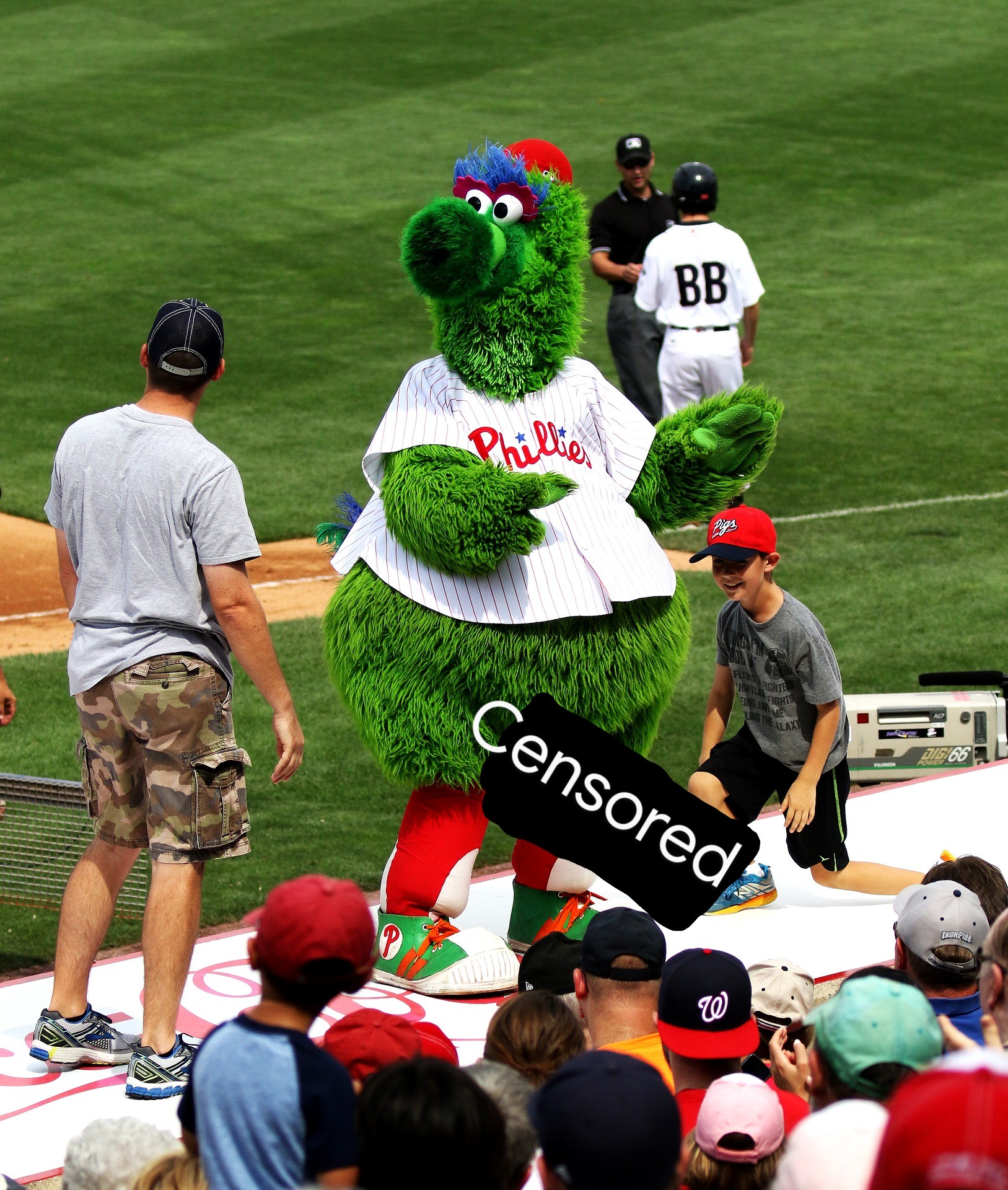 After the artists who created the Philadelphia Phanatic mascot asked to be compensated for their work, the Philadelphia Phillies went ahead and modified the character to avoid making a payout. The team says that other than adding a two-foot cock, their mascot will still be the same antic-filled, animated goofball he’s always been.

Tom Steyer Sings, Dances on Stage With Marilyn Manson to 'This is The New Sh*t'

Sat Feb 29 , 2020
Presidential candidate Tom Steyer took the stage with Marilyn Manson in South Carolina today, just a day after white-boy twerking on stage with Juvenile to ‘Back That Ass Up’. Notably, Steyer sang the chorus to Manson’s chart-topping song ‘This is The New Shit’ which goes like this: Babble babble bitch bitchRebel rebel party partySex sex sex and don’t forget the violenceBlah blah blah got your lovey-dovey sad-and-lonelyStick your stupid slogan inEverybody sing along Steyer, who also came out wearing dark eyeliner like Manson, says that the alternative metal performance was all a part of his plan for reaching the younger voting demographic. Advertisements