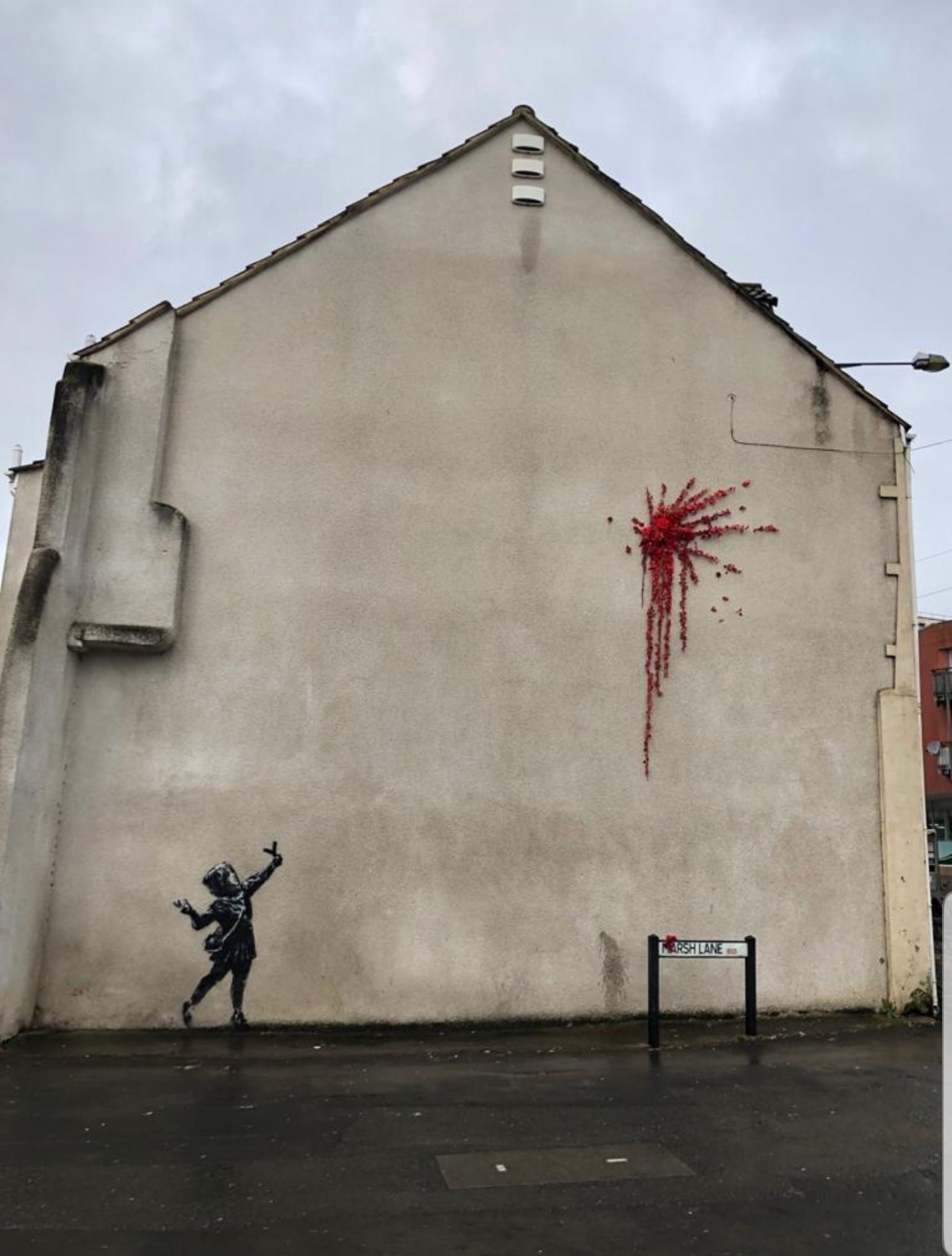 Bristol, UK – Famed street artist Banksy is taking heat after painting the side of his ex’s home and then demolishing the structure just 5 hours later.

The artwork had depicted the same girl with a red heart balloon from his previous iconic work, but this time the balloon is very far out of reach; forcing the jaded girl to shoot it down with a slingshot.

Banksy’s publicist confirmed that the home was that of his ex who parted ways with him the previous night after an argument over where the artist goes at night, why he doesn’t have a day job, what his real name is, and why they’ve never seen his face.

Fri Feb 14 , 2020
Pope Francis gave a Valentine’s Day sermon at St. Peter’s Basilica today in which he asked couples to welcome single friends into their bedroom. The surprising suggestion has many asking if the religious leader is doing alright. “It’s an utterly lonely world out there,” an emotional, teary-eyed Francis stated. “So please, I implore you, invite someone to lay with you in carnal sin. It could be anybody really: authority figures, devoutly religious clergy, you name it – the right person could very well be in this room right now.” Upon finishing his sermon, the Pope tossed out handful after handful of candy hearts with his phone number on them as he strut down the center aisle like a runway model. Advertisements