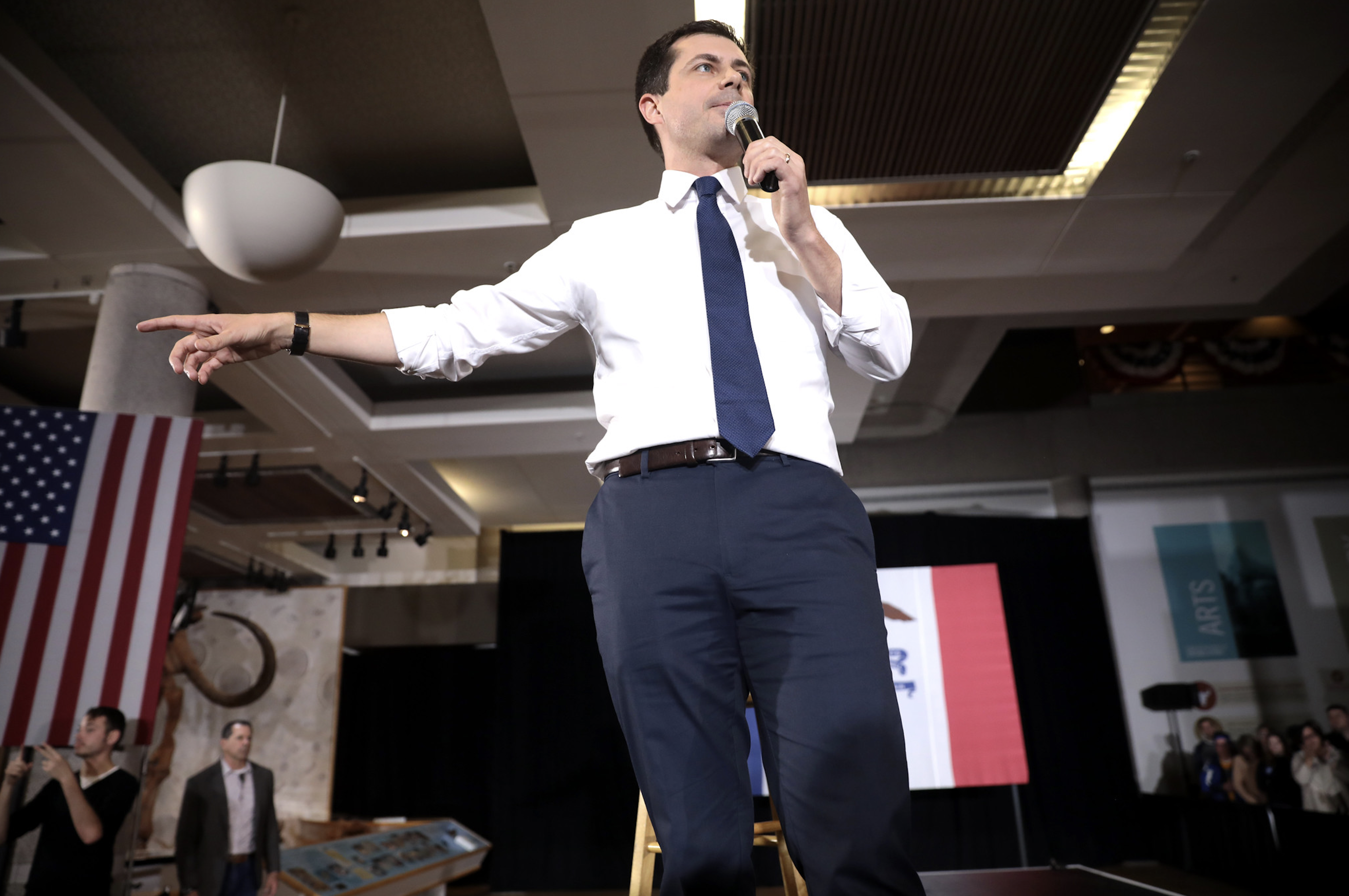 Presidential candidate Pete Buttigieg took to the stage at his Genoa, Nevada rally today having just learned he was polling in second place for the state’s upcoming February 22nd primary. The jubilant Mayor of South Bend, Indiana then inexplicably launched into an impassioned, unwarranted, 50-minute presidential acceptance speech.

“Wow!” a wide-eyed Buttigieg shouted while waving a copy of the poll toward the crowd. “If there is anyone out there who still doubts that America is a place where all things are possible; if anyone out there still wonders if the dream of our founding fathers is alive and well today; if anyone out there questions the power of our democracy, tonight is your answer!”

The murmuring, confused crowd looked on as Buttigieg continued his finely-polished speech.

“It’s been a long time coming, but tonight, because of what we did on this day, in this election, at this defining moment, a time of healing and rebirth has come to the United States of America,” an emotional Buttigieg sobbed. “I would not be standing here tonight without the unyielding support of my best friend for the last 5 years. I want to thank my partner in this journey we call life, the man who gives me strength and keeps me grounded – My husband Chasten.”

The two men then kissed, giving Rush Limbaugh cancer in his other lung, before Buttigieg concluded while pointing toward his bewildered, offstage campaign team.

“To my campaign manager, Mike Schmuhl; my spokesperson, Lis Smith; and the best campaign team ever assembled in the history of politics — you made this happen.”

Fri Feb 14 , 2020
Bristol, UK – Famed street artist Banksy is taking heat after painting the side of his ex’s home and then demolishing the structure just 5 hours later. The artwork had depicted the same girl with a red heart balloon from his previous iconic work, but this time the balloon is very far out of reach; forcing the jaded girl to shoot it down with a slingshot. Banksy’s publicist confirmed that the home was that of his ex who parted ways with him the previous night after an argument over where the artist goes at night, why he doesn’t have a day job, what his real name is, and why they’ve never seen his face.