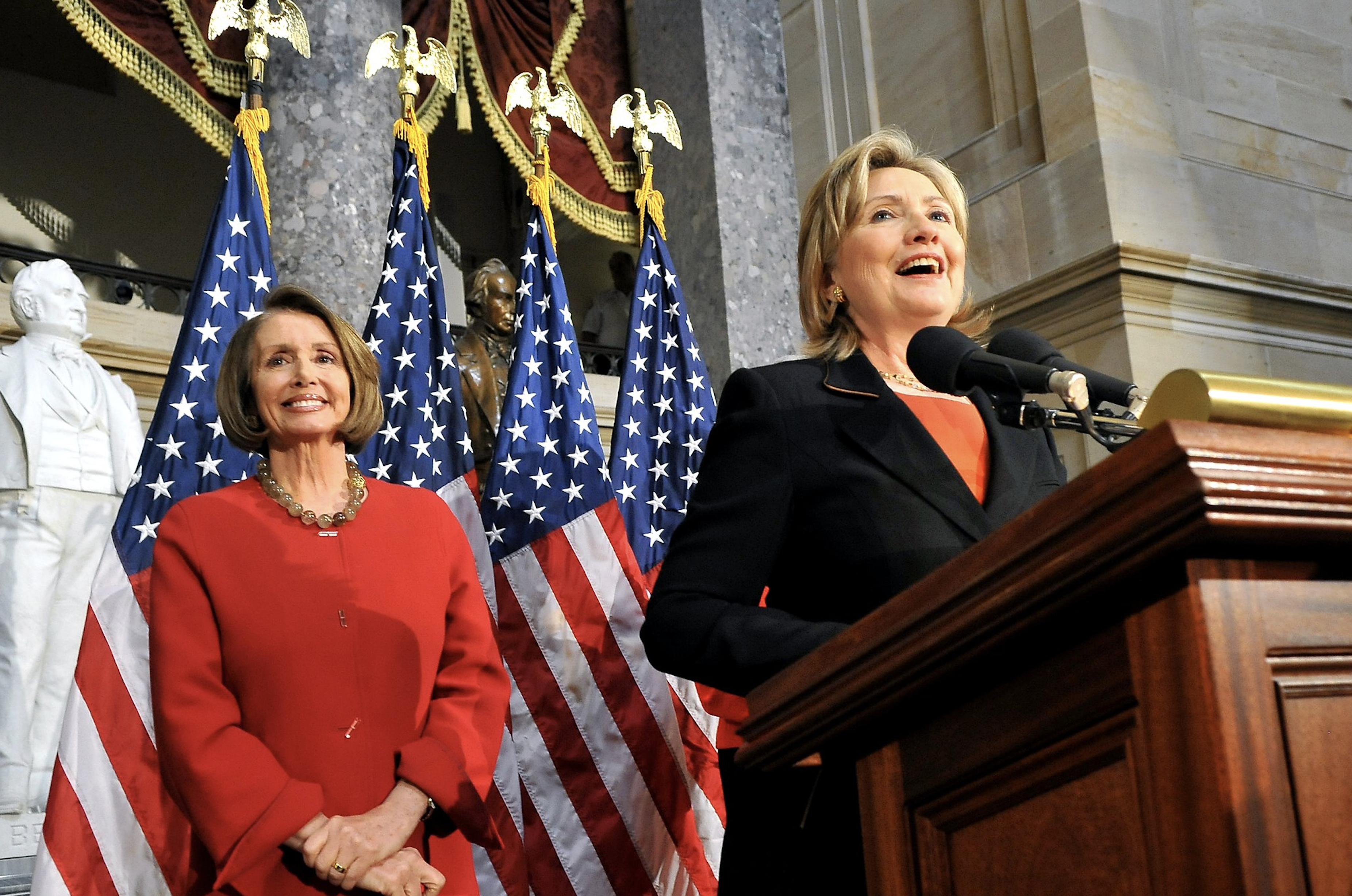 After Republicans blocked witnesses and evidence in the Democrat’s first attempt at impeaching the president, Nancy Pelosi now says they will have to go ahead and impeach Donald Trump for a second time in order to tell the public the complete, true story.

“Not only is another impeachment going to happen, but it is absolutely necessary,” a wide-eyed Speaker of the House Nancy Pelosi stated. “We have plenty of new witnesses and evidence to pile on, we just have to start the whole process over again.”

Democrats claim that just because no president has ever been impeached more than once doesn’t mean they can’t do it. Indeed, nothing in the law says that it can’t happen.

“There is no ‘one-and-done’ clause in the Constitution shielding presidents from multiple impeachments,” Pelosi stated while blinking for the first time in 30 minutes. “You don’t get acquitted and then get a free pass thereafter.”

Democrats say that the second impeachment of Donald Trump will begin sometime in the middle of February and end in exactly the same way as the last impeachment.

Wed Feb 5 , 2020
The White House announced today that a new scaly friend – Nagini the presidential python – would now be living at 1600 Pennsylvania Avenue. President Trump, who is openly averse to dogs, surprised the country with his pet choice. “Nagini is an 11-foot reticulated python from China; one of the few breeds of snakes that can swallow a human whole,” president Trump beamed as he spoke to reporters. “Isn’t he magnificent? He is. He really is.” Notably, taxpayers footed the bill for the purchase and transportation of Nagini who, due of the current trade war with the China, cost Americans $1,285,000. As of 8pm Eastern time, animal control had been called several times to come to the White House after Nagini broke loose. It wasn’t until the 8th attempt that someone took the call seriously. “We thought the calls were kids playing a prank,” a representative from DC Animal Control stated. “Nobody in their right mind is particularly shocked to hear that there’s a dangerous snake in the White House that everyone wants removed.” Advertisements