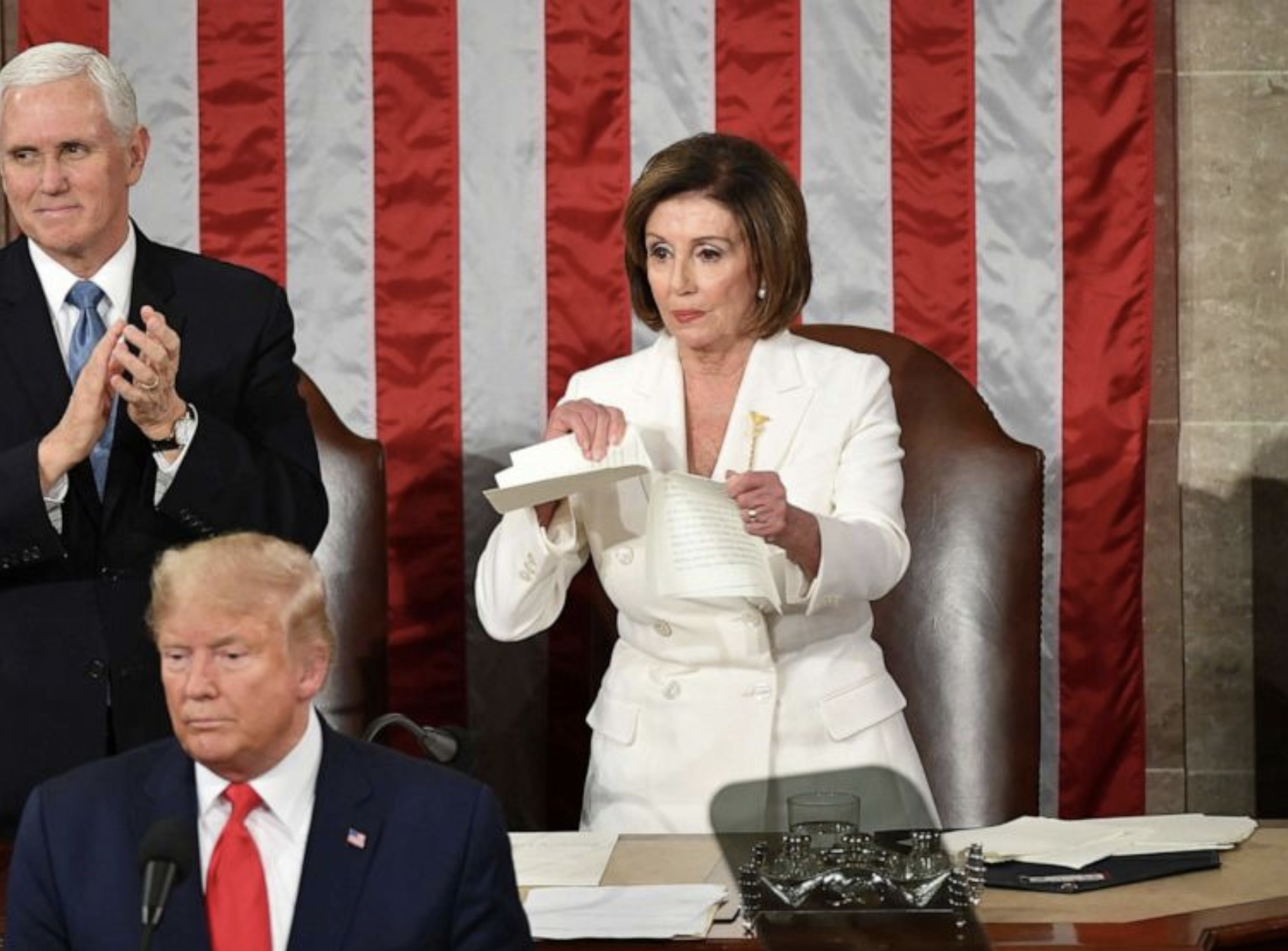 Countless Americans are up-in-arms after Speaker of the House Nancy Pelosi took her copy of president Trump’s State of the Union speech and tore it into pieces. Pelosi says that compared to what the president has said and done that she is more than comfortable standing by her actions.

“I did it and I’d do it again,” Pelosi grinned. “I moved on that speech like a bitch, grabbed it right by the title, and tore it apart – because when you’re Speaker they let you do it!”

Wed Feb 5 , 2020
Senate Republicans celebrated their success in acquitting president Trump today, admitting their complete incompetence was a ruse that all but assures Republican Senators will never be called for jury duty. “We had our eyes on the prize the whole time and it really paid off,” Senate Majority Leader Mitch McConnell s grinned. “We’ve now clearly demonstrated an inability to be fair or impartial; meaning we’ll never receive a jury summons or have to pretend to care about the rule of law again.” Advertisements