“If this will lift the curse from constructing Arrowhead Stadium on an Indian burial ground, then we’re willing to let it slide.” – Chiefs CEO Clark Hunt 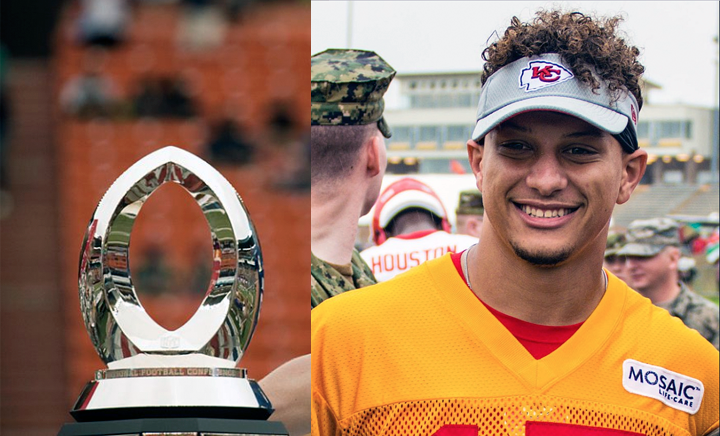 Kansas City Chiefs quarterback Patrick Mahomes handed his MVP Trophy over to the nearby Kickapoo Native American Tribe today as a “sign of respect for local Native Americans.”

“As long as our team name, logo, and mascot continue to bring in hundreds of millions of dollars through branding which is nothing short of cultural appropriation, I can’t truly be proud of my team.”

Mahomes says he is also donating one dollar for every ‘tomahawk chop,’ man wearing a headdress, and shitty facepaint job that he saw this year to the Kickapoo tribe; a group of people whose land used to include the same space where Arrowhead Stadium is today. The quarterback figures that amount to be just over one million dollars.

“The NFL is all about masculinity; there is no room for deep thinking. Having said that, if this will permanently lift the curse from constructing Arrowhead Stadium on an Indian burial ground, then we’re willing to let it slide.”

Mon Feb 3 , 2020
President Trump announced today that he will be reinstating “Don’t ask, don’t tell” (DADT), which was the official United States policy on military service by gays, bisexuals, and lesbians up until 2011. President Trump says the law will bar openly gay people like Pete Buttigieg from being Commander in Chief of the US military. “It doesn’t matter what role you are in the military,” Trump stated. “private, corporal, top, bottom, sergeant, twink, or bear; if you’re out, you’re out! That means you Mayor Pete!”