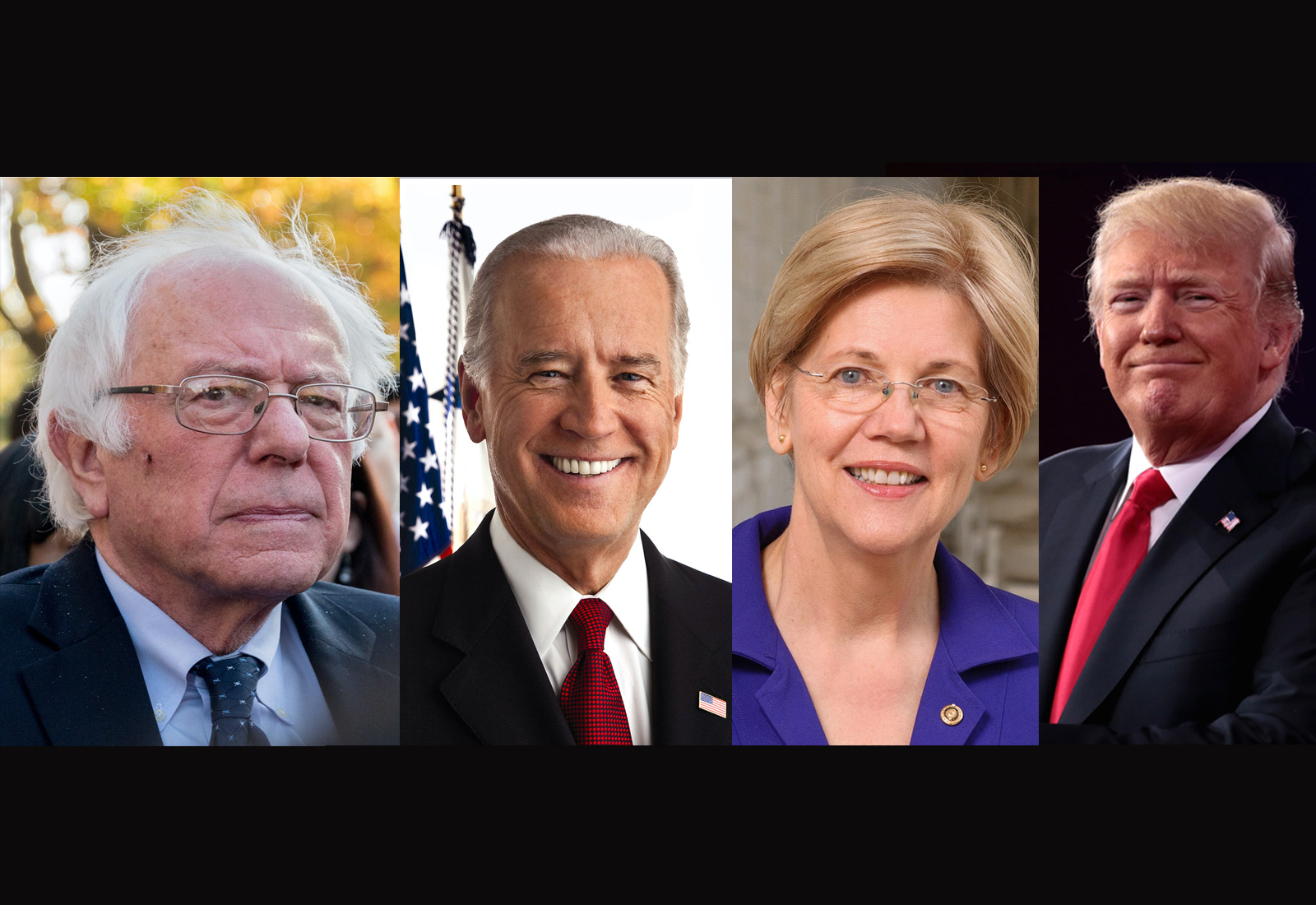 Several presidential candidates have been funneling donations into private health savings accounts in order to pay for their personal healthcare and medical bills as they inch closer and closer to death each day. Donald Trump, age 73, lead in fundraising last quarter. The president raked in $46 million; some of which will be used to keep excess skin pulled back from his face and stapled to the back of his scalp. The White House says Trump is also setting money aside to pay for an imminent quadruple bypass.

Here’s how much money other elderly candidates raised last quarter to put toward personal medical care in case Trump wins again and the US healthcare system remains an unaffordable dumpster fire.

Staffers say Sanders plans to replace his heart, which doctors and political experts agree is way too large.

Joe Biden will be using much of his money to fight his near-constant battle with lice which could easily be solved if he’d stop sniffing women’s hair. Sadly, the campaign is also looking into treatment for early onset Alzheimer’s as complete thoughts and sentences have become difficult for Biden to verbalize.

Being female, Warren is expected to have less medical issues, but she’s developed a drinking problem on the campaign trail in a misguided and racist effort to “become more Native American”. Warren will be needing a liver transplant before the end of 2020.

Bloomberg – a billionaire – has had so many body parts replaced that he’s 87% robot and could be one of the first humans to live forever.