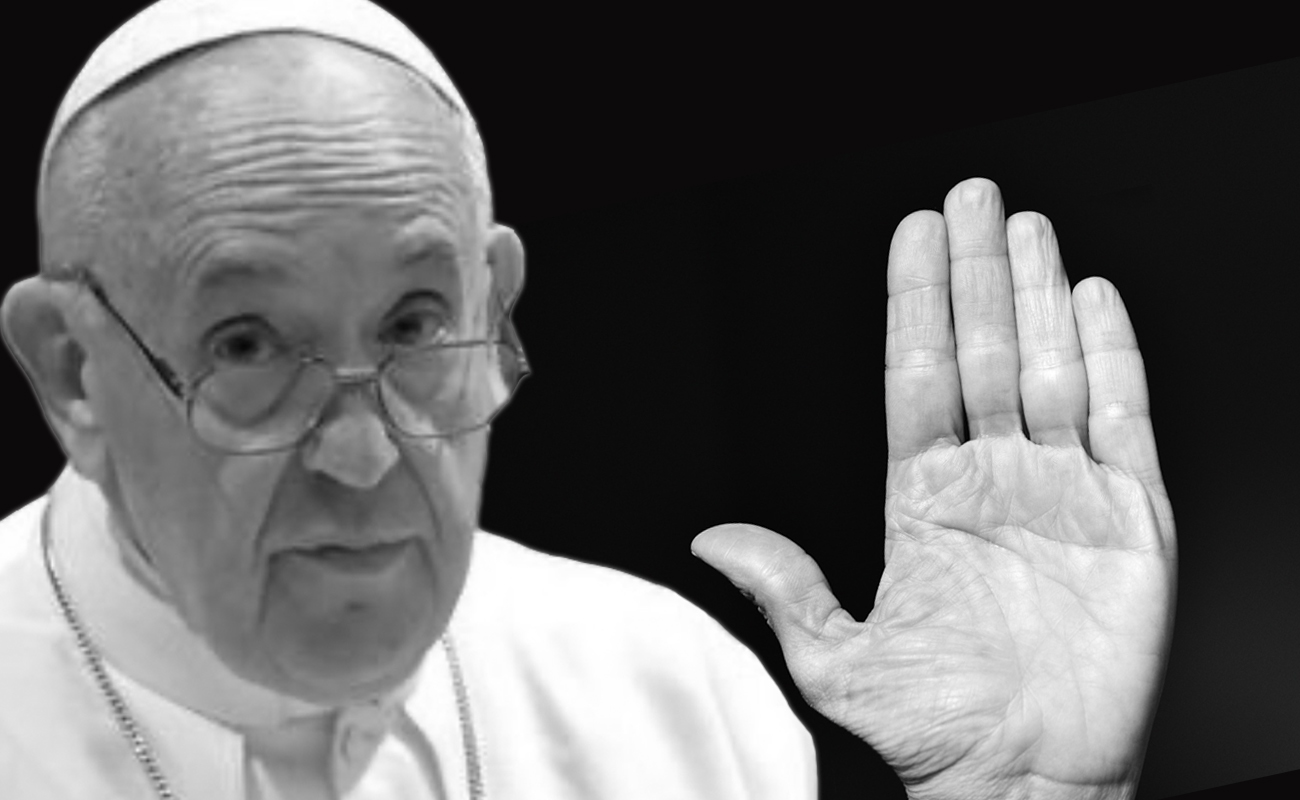 A visibly shocked and annoyed Pope Francis had to slap a woman in a crowd at St Peter’s Square during a New Year’s Eve party after she aggressively and repeatedly grabbed his ass.

Francis, who had been twerking through the square, had just finished grinding with a young boy. The Pope then turned and started shaking his ass at the crowd. Just then, a nearby woman lunged, seized his cheeks, and pull him towards her. The abrupt humping motion seemed to cause him pain as Francis swiftly slapped the woman before pulling his ass free and dancing his way back toward the boy.

As of press time the woman in question had been identified, charged with sexual assault, and excommunicated from the Church. Meanwhile, Francis and the boy were spotted this morning having brunch. The two were then headed to purchase the teenager a brand new car, the latest iPhone, and whatever else it takes to get past last night’s trauma.

Extroverted? Here are 5 tips on how to shut the fuck up

Thu Jan 2 , 2020
Until I read Susan Collin’s book Quiet I never consciously realized I was a prattling, annoying bitch. It was one of life’s “aha” moments. I personally don’t believe extroversion is a virtue. Extroverts: If you took the time to shut the fuck up, your friends would be telling you to shut the fuck up. Here are 5 tips on how to do just that. 1. Develop a negative overall view of your temperament and personality. Seeing these characteristics as flawed has been extremely helpful to me. So go ahead and learn to acknowledge things that you’re bad at, then pile on the self-criticism. 2. Realize your opinion is meaningless to practically everyone. Some of my biggest professional successes have come from shutting the fuck up. I feel most comfortable when I’m silent. The more experiences I’ve had of offering nothing, the more comfortable I’ve become with it. Once you accumulate some experience keeping your stupid opinions to yourself, and achieving good results from it, it’ll get easier. 3. Understand that you aren’t special.  Extroverts come in one greyish-blah color and are fueled by any sort of attention. Another fundamental aspect is your natural tendency to want to respond back before digesting any information. Instead, go away and ponder. Then, don’t come back. 5. Understand what the fuck you’re doing. Examples: Interrupting people who are concentrating, creating noisy environments, and never turning off your social mode. What to do: Minimize and find workarounds for whatever makes you particularly obnoxious. If you are easily overstimulated, you might benefit from reading Francis Brown’s book Everyone Wants You to Shut the Fuck Up! Consider learning physiological self-harm strategies that will dissuade you from repeat incidents after you’ve succumbed to overstimulation. 4. Distinguish between confidence and being a cocky asshole. Extroverted people are overconfident in both (1) their subpar abilities, and (2) that they will generally be liked by others. If you’re missing one of these types of confidence, you’re on your way to likability. Photo credit Urs Steiner