President Donald Trump is furious that he hasn’t received a gift from Santa since 2000 – when he was 54 years old. 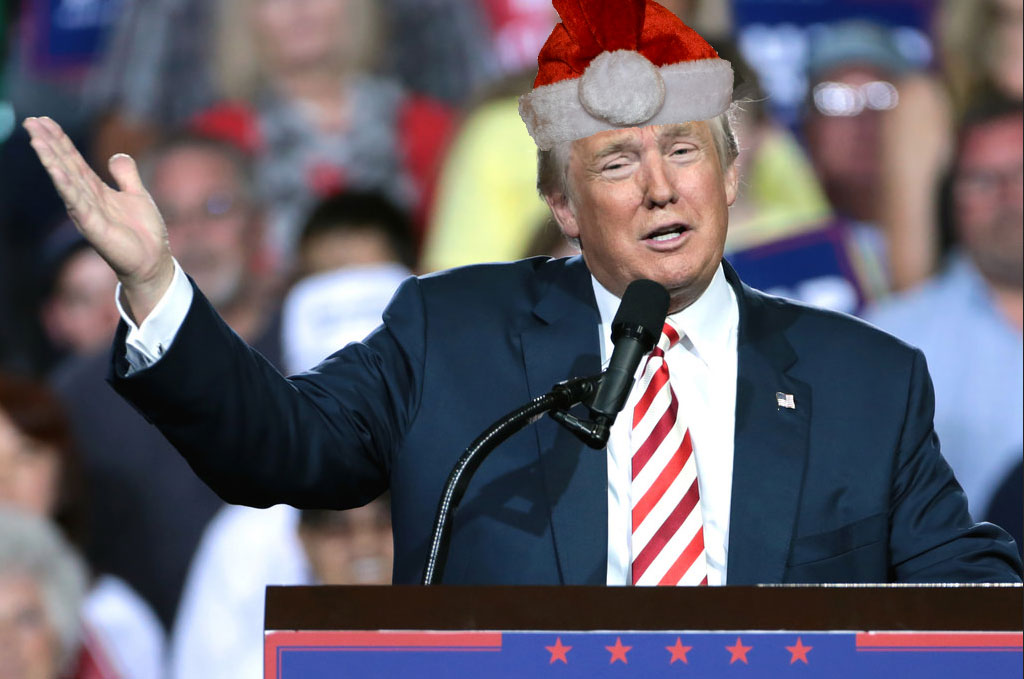 According to White House staffers, President Donald Trump is furious that he hasn’t received a gift from Santa since 2000 – when he was 54 years old.

The 73-year-old leader of the free world told his inner circle that he “doesn’t know what he did wrong,” but that he, “will not hesitate to use any and all options” when it comes to punishing Santa. “If I don’t get a present this year, then nuking the North Pole is certainly on the table,” Trump stated.

Those close to the president note that he is incredibly fixated on Santa; to the point of crazed obsession.

“It is terribly apparent that president Trump is bewildered by Mr. Claus – and increasingly so this time of year,” an anonymous staffer confirmed. “Just last week we had to pull him off of a mall Santa in Palm Beach after he tackled the man and began shaking him violently.”

According to Melania Trump, each year, President Trump follows a routine in which he sends a letter to Santa. Then, on Christmas Eve, he leaves out two gallons of whole milk, three boxes of Thin Mints, and five boxes of Caramel deLites.

“When he wakes up the next morning, Donald is always very disappointed,” Melania Trump stated. “He throws a fit, he shouts, and then he cries for hours while he drinks the 2 gallons of whole milk and eats all of the cookies.”

This holiday season President Trump decided to take a more aggressive approach by sending a letter to Santa, which reads:

I made Mike give me the nuke codes this year. Your move.

When reached for comment, Vice President Pence stated, “It’s truly unfortunate Donald hasn’t put two-and-two together. 2000 was the year that his mom died.”

Tue Dec 24 , 2019
The entire town of Little Chute, Wisconsin received a delightful, light dusting of cheddar cheese today after a major malfunction at the nearby Kaukauna Cheese Factory caused a Christmas Eve blowout. Most locals are in awe, grateful to have witnessed the beautiful cheese shower. Here’s what some citizens are saying: