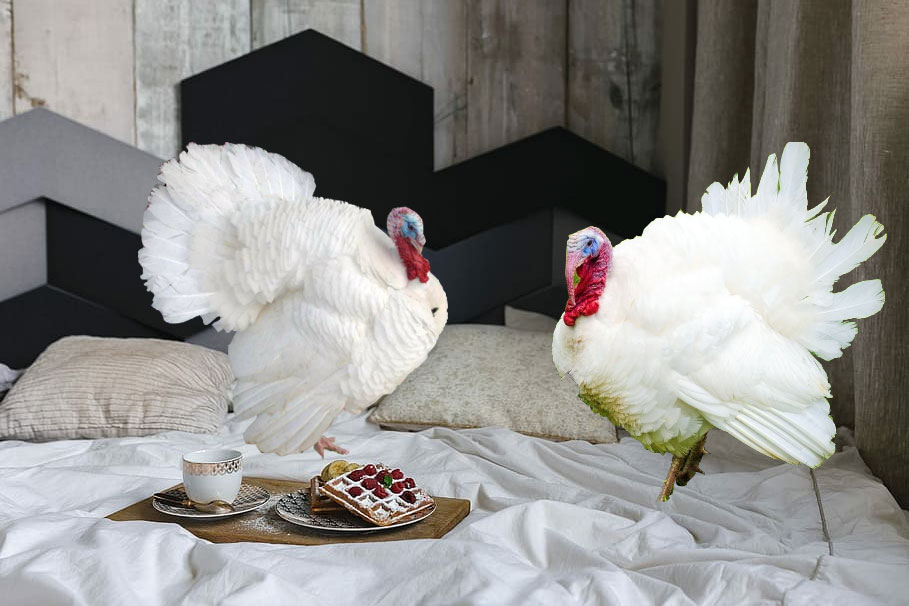 Vice President Mike Pence had president Trump revoke the pardons for two male turkeys that were set free yesterday after learning they’d stayed together in a room at the luxe Willard Intercontinental Hotel the previous night. The reversal marks the first time that the turkeys weren’t spared since the White House tradition began in 1989.

After the turkeys were slain, Pence took them home to stuff and serve at his Thanksgiving dinner. As of press time it’s unclear whether or not the Vice President will stick his head in the oven as well.

Thu Nov 28 , 2019
After sustaining a broken leg and attempting to call out of work this morning, Ronald McDonald was partially guilted and somewhat threatened into working the Macy’s Thanksgiving Day Parade. Having already squirt blood down most of the 2.5 mile parade route, a steady stream began pouring from the clown’s leg at the intersection of 6th Avenue and 34th Street, at which point McDonald was reprimanded and sent home for even considering coming to work in such a condition. Advertisements