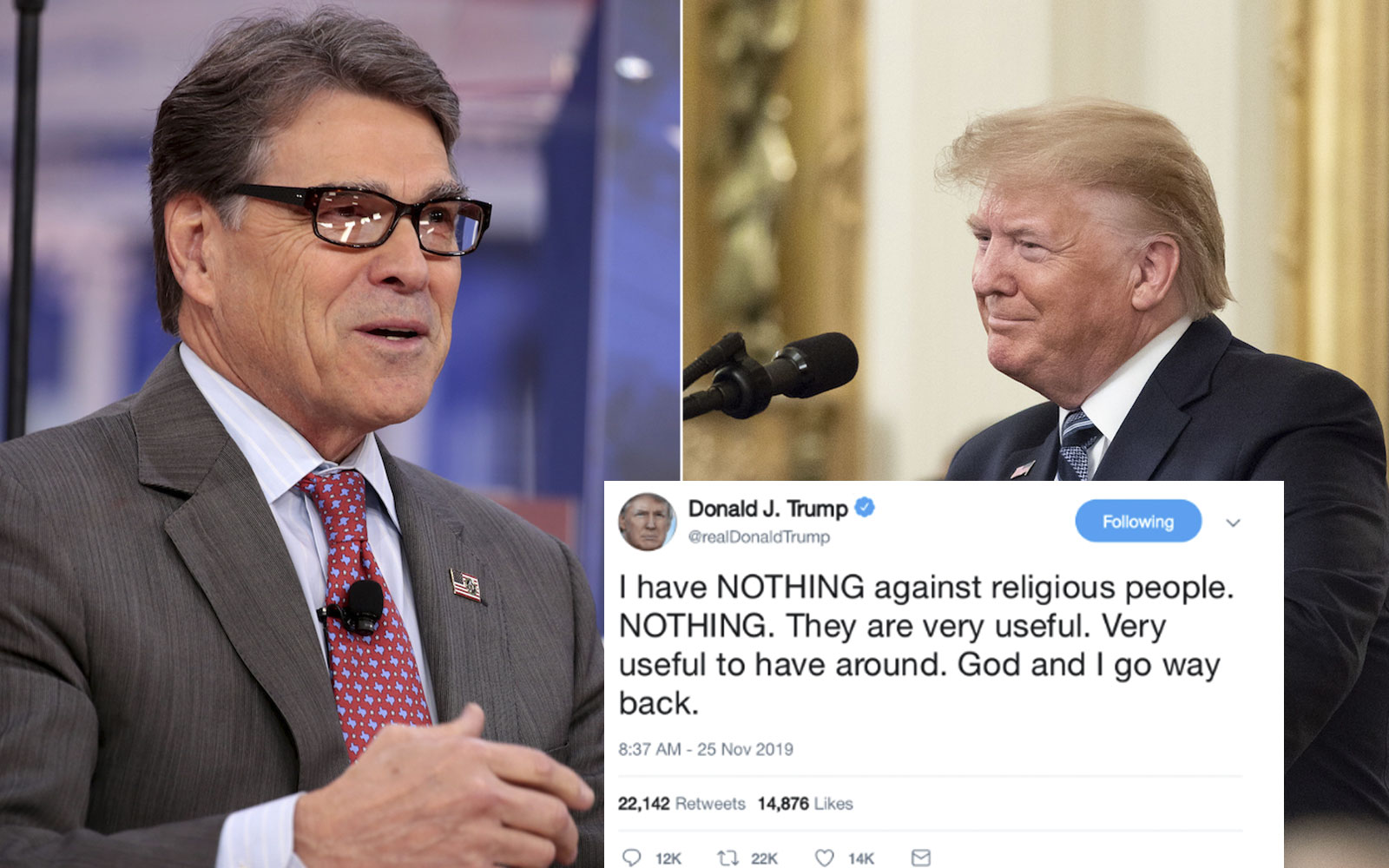 When asked by reporters today how he felt about Rick Perry calling him God’s “Chosen One,” president Trump faced cameras at the White House and stated “It’s cute. I think it’s really cute that Rick still thinks there’s a God. If anything, I am God!”

The president’s statement caused immediate outrage among religious people of all political leanings, prompting Trump to later tweet out a clarification.

The tweet has been deemed offensive by many, but good enough to serve as both an excuse and an apology for today’s Republicans.

Trump: "The radical left is taking Jesus out of the Thanksgiving Turkey preparation process"

Wed Nov 27 , 2019
President Trump went on a 20-minute rant at a rally in Pittsburgh, PA last night in which he described how the radical left is taking Jesus out of the Thanksgiving turkey preparation process. “They want to stop us, the lefty loons, ” Trump stated. “But we still cook our turkeys in the oven for 3 days and 3 nights just like Jesus was baked in that giant brick oven before being served to the disciples for the Last Supper. Well – baked or broiled – that’s up for debate if you ask the Pilgrim Scholars.” The president then poured hot gravy and cranberry sauce over his head and shouted “the blood of Christ be with you!” To which his supporters replied, “And also with you!” As of press time the president was at Walter Reed Hospital where they are conducting a study to figure out how he became such a stable genius. Advertisements