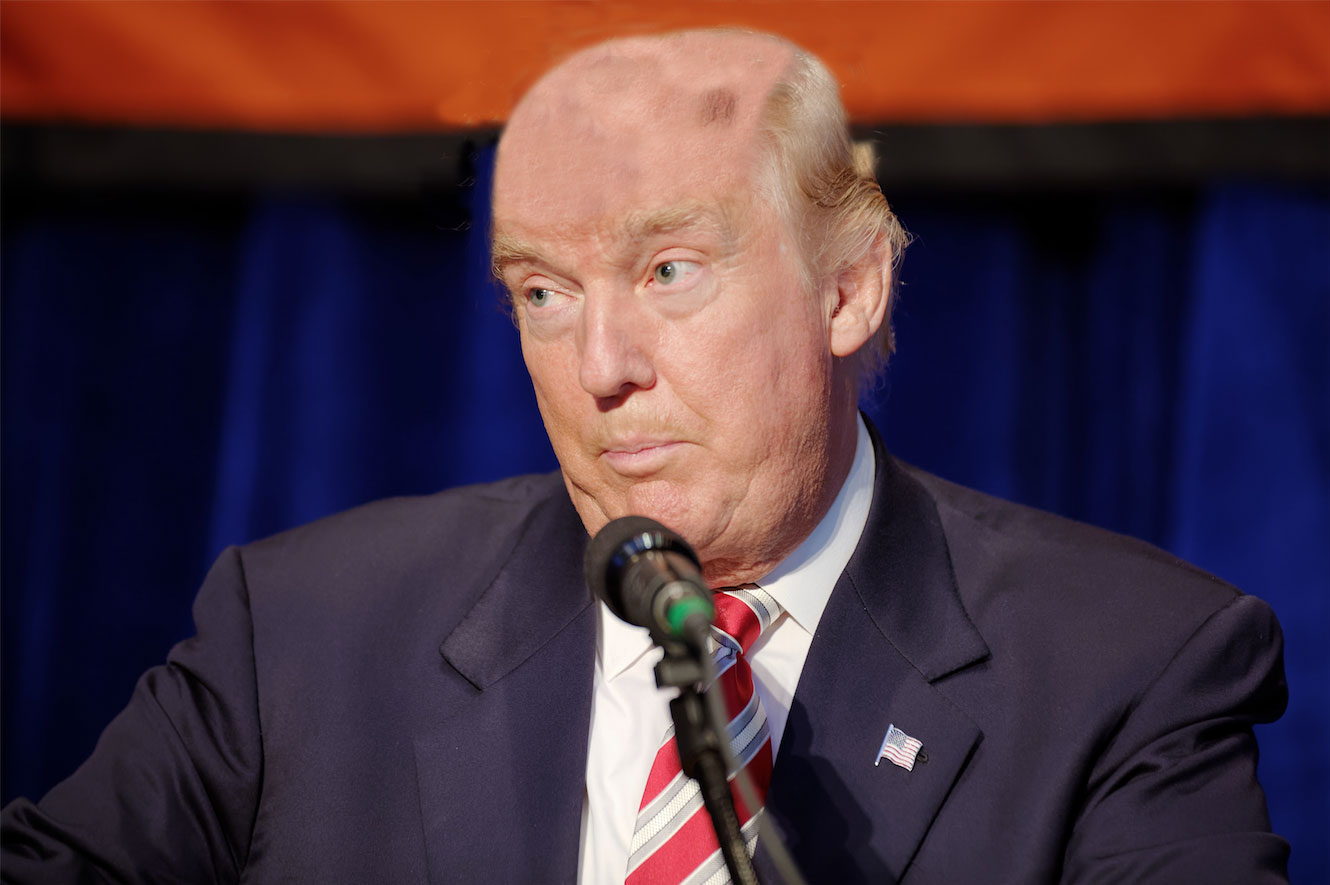 President Donald Trump shocked White House staffers today when he walked out of his bedroom, bald as a cue ball, and headed straight to the James F. Brady press briefing room to address journalists.

The president says that the decision to go au naturel came after a late night discussion with Kellyanne Conway regarding optics and full transparency.

“I had a conversation with Kellyanne and while she was talking and talking I said to myself in the mirror, ‘you know what Donald? You’re great! You are absolutely terrific. You really are.’ And I am! I really am.” Trump smiled while rubbing his bald scalp. “So I don’t need to spend three hours hair-spraying my wig every morning just to impress everyone.”

“Folks, I’m going to be SO transparent that you will be like: ‘Hey! Where is he? Where did Donald go!?’

Trump concluded by claiming “I’m the first bald President – ever. Can you believe it? The first one folks! So remember: No wig to show, no quid pro quo!”

Sun Nov 24 , 2019
Staff at Walter Reed National Military Medical Center have confirmed that president Trump’s unannounced visit was prompted by gas that caused the president to suffer from intense abdominal pain and cramping. “The president was in tears, inconsolable, and shouting ‘This is it! This is how I go!'” an anonymous hospital staffer confirmed. It took over an hour of shrieking and sobbing before the president finally let out a long, wet, squeaky fart – relieving most of his pain. “After his initial burst of flatulence, the gates were unlocked and the farts became frequent,” the staffer confirmed. “The noises were high-pitched and somehow sounded like they ended in a question mark.” Once the smell in the room became unbearable, doctors directed the president to walk the hospital grounds. Staff accompanying the president confirm that he continued to fart with every step he took for the better part of an hour.