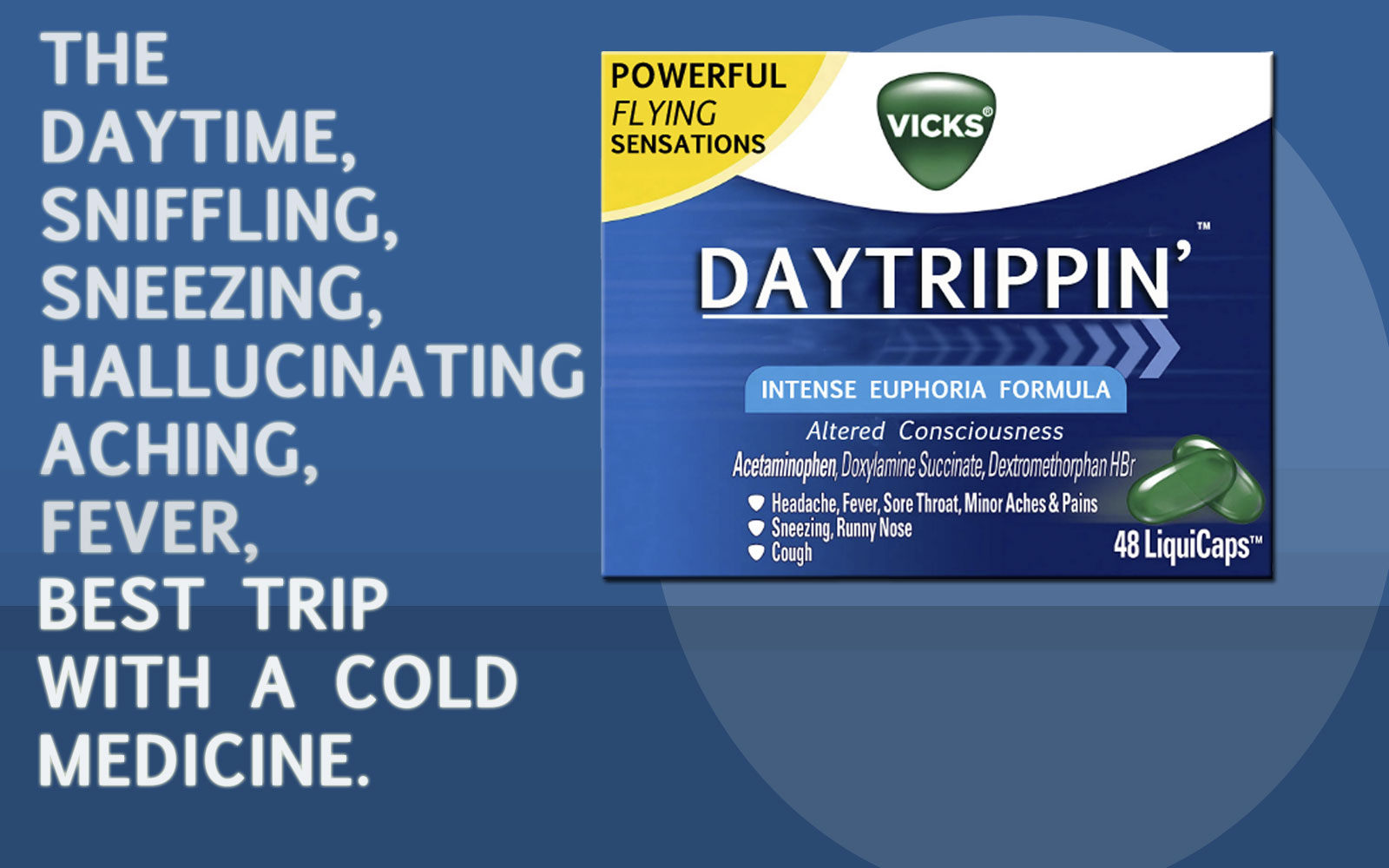 Vicks announced the release of their new DayTrippin’ formula today at their Denver, Colorado headquarters. The first-of-its-kind medicine, which causes intense hallucinations, is now available over the counter. The medicine is legal to sell in Denver because residents approved an ordinance decriminalizing psilocybin back in May.

“If you’ve ever been sick, but still wanted to feel incredibly fucking fantastic, then Vicks has the answer for you: all-new Vicks Daytrippin’ formula,” CEO Dan Waverly stated. “This fast-acting, psilocybin-laced cough syrup has everything you need if you’re looking to experience altered consciousness, clear up congestion, quiver from intense euphoria and ego death, relieve sinus pressure, and enjoy the sensation of flight all at the same time.”

Trump addresses journalists without his hairpiece in a gesture of transparency

Fri Nov 22 , 2019
President Donald Trump shocked White House staffers today when he walked out of his bedroom, bald as a cue ball, and headed straight to the James F. Brady press briefing room to address journalists. The president says that the decision to go au naturel came after a late night discussion with Kellyanne Conway regarding optics and full transparency. “I had a conversation with Kellyanne and while she was talking and talking I said to myself in the mirror, ‘you know what Donald? You’re great! You are absolutely terrific. You really are.’ And I am! I really am.” Trump smiled while rubbing his bald scalp. “So I don’t need to spend three hours hair-spraying my wig every morning just to impress everyone.” “Folks, I’m going to be SO transparent that you will be like: ‘Hey! Where is he? Where did Donald go!?’ Trump concluded by claiming “I’m the first bald President – ever. Can you believe it? The first one folks! So remember: No wig to show, no quid pro quo!” Advertisements