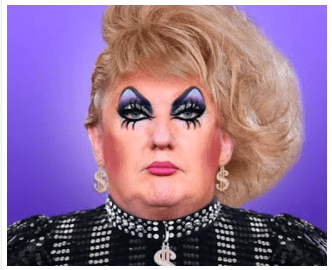 A White House staffer named Donna Brump, who claims to be “unbelievably close” to President Trump, testified today before Congress. In a shocking series of seemingly unforced admissions, Brump unequivocally proved that president Trump has violated the US Constitution.

“I don’t even know who Donna Brump is,” Trump tweeted minutes after Brump left the hearing. “I’ve never met this person. She may be an incredibly handsome woman, but I have no idea what she was talking about.”

Wed Nov 20 , 2019
South Carolina Senator and closeted homosexual Lindsey Graham told reporters today that he’d “snort a pound of cocaine out of the president’s chocolate starfish before even considering impeachment.” “That’s right,” a wide-eyed Graham continued. “I’ll take a pound of coke from Mr. Trump’s stash, and do bump after bump until my little Southern belle heart explodes.” Political experts immediately called Graham’s bluff, citing the fact that the Senator would first need to be capable of removing his head from the president’s ass in order to snort anything. Advertisements