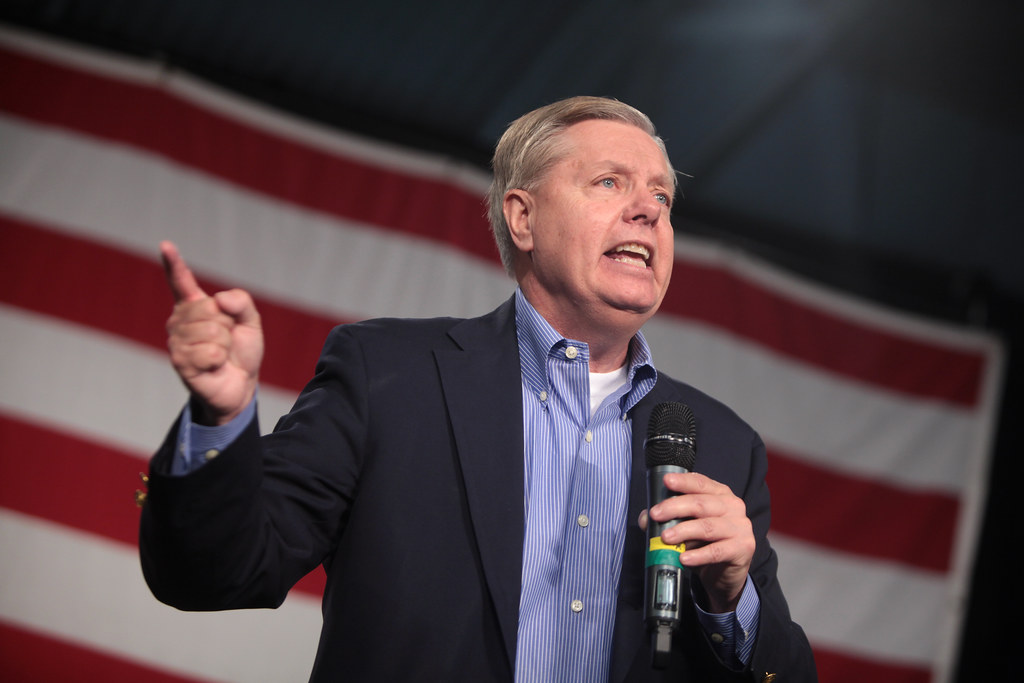 South Carolina Senator and closeted homosexual Lindsey Graham told reporters today that he’d “snort a pound of cocaine out of the president’s chocolate starfish before even considering impeachment.”

“That’s right,” a wide-eyed Graham continued. “I’ll take a pound of coke from Mr. Trump’s stash, and do bump after bump until my little Southern belle heart explodes.”

Political experts immediately called Graham’s bluff, citing the fact that the Senator would first need to be capable of removing his head from the president’s ass in order to snort anything.

Wed Nov 20 , 2019
Cory Booker’s eyes shot out of his skull with a sickening pop on live TV during MSNBCs Democratic Debate. The stomach-turning scene took place during a heated exchange between Booker and Senator Elizabeth Warren. Upon eyeball ejection, Booker immediately uttered, “Ohhhh! Not again!” before swiftly scooping up his eyeballs and plugging them back into the wrong sockets. Noticing his error, the candidate quickly placed his them back into the correct holes – creating a sickening suction sound – before twisting them into place. Moderator Rachel Maddow then paused the debate and MSNBC went to commercial in order to clean up representative Tusli Gabbard’s vomit. Advertisements