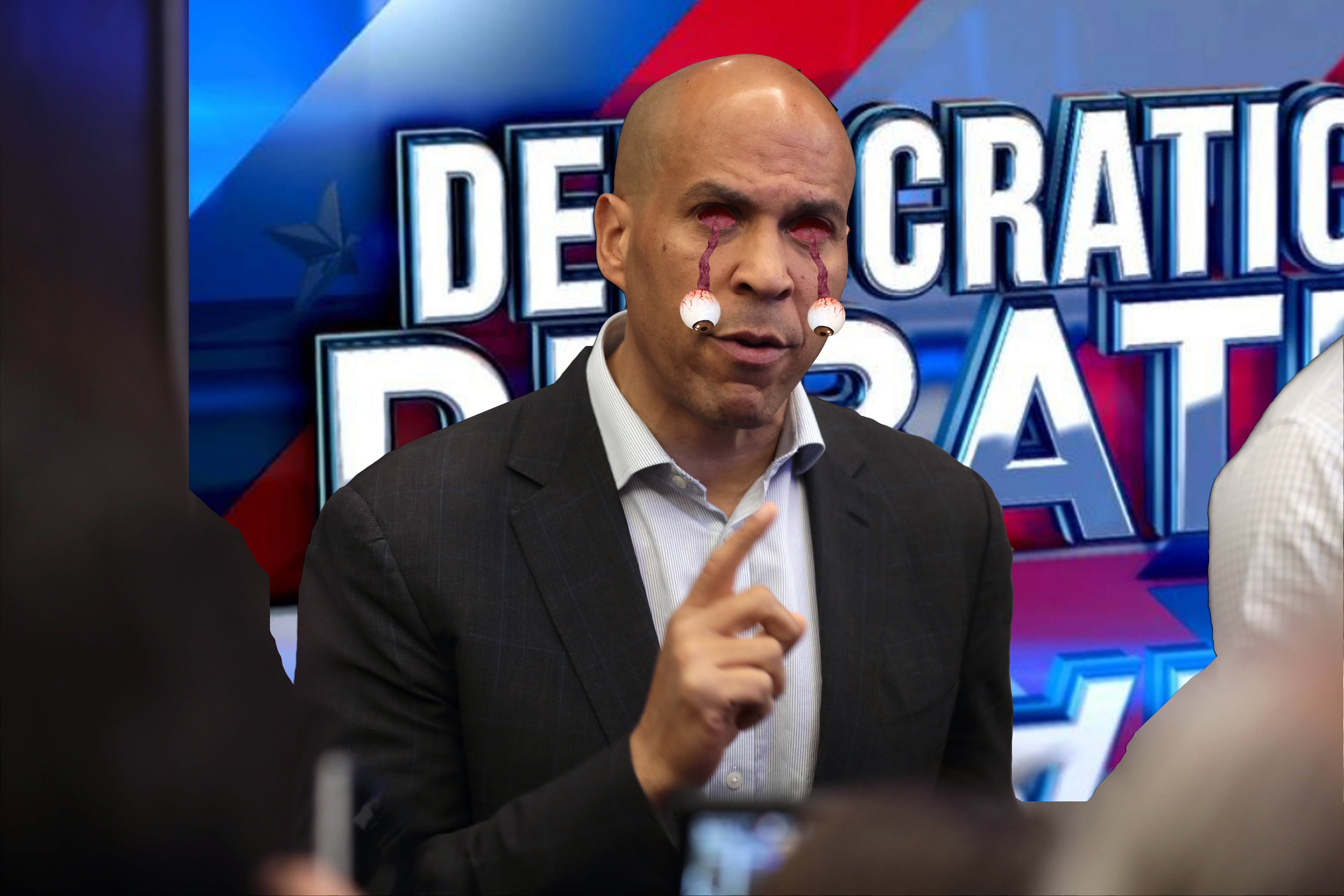 Cory Booker’s eyes shot out of his skull with a sickening pop on live TV during MSNBCs Democratic Debate. The stomach-turning scene took place during a heated exchange between Booker and Senator Elizabeth Warren.

Upon eyeball ejection, Booker immediately uttered, “Ohhhh! Not again!” before swiftly scooping up his eyeballs and plugging them back into the wrong sockets. Noticing his error, the candidate quickly placed his them back into the correct holes – creating a sickening suction sound – before twisting them into place.

Moderator Rachel Maddow then paused the debate and MSNBC went to commercial in order to clean up representative Tusli Gabbard’s vomit.

Cheese Nips recalled because nobody fucking eats them

Thu Nov 21 , 2019
After purposely filling countless Cheese Nips boxes with shards of glass and plastic to test a theory that nobody actually eats them, parent company Mondelēz Global has now recalled the product from store shelves. “We wanted to see what happened if we loaded the snack boxes with sharp objects. So we did and then waited for consumer complaints,” CEO Nichols Wardski stated. “After going several months without a single death, injury or complaint, we admit that nobody is eating our pathetic, little cheesy nips.” When reached for comment, the company’s rival Cheez-It says they welcome the news as they’d secretly lost seven Competitor Product Testers to Cheese Nips-related injuries this month alone.