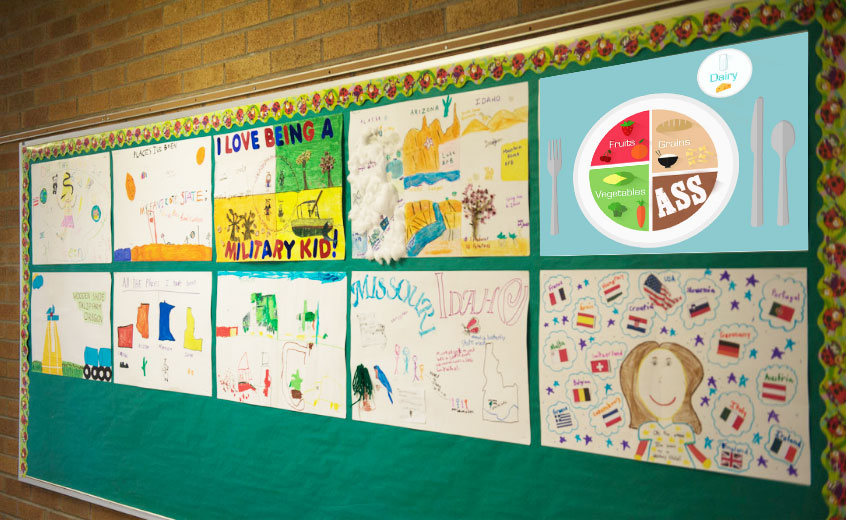 The USDA is defending itself after adding ‘Ass’ to the MyPlate nutritional guide in an effort grab attention, look cool and fit in with current youth culture. One promotional poster that was sent to schools recommends eating ass twice daily.

Government officials are strongly suggesting that parents have a proactive talk with their kids about eating ass, since the posters have already been circulated in countless public schools across the country.

Tue Nov 19 , 2019
After decades or targeting the homosexual chicken community, Chick-fil-A says they’ll no longer actively source LGBTQ fowl to serve in their restaurants. The announcement comes as a shock to many, as the company had never mentioned the practice before. Meanwhile, the news has sparked outrage among the religious right who now have to come to terms with the fact that they’ve repeatedly put homosexual flesh inside of their mouths and swallowed every single time. Advertisements