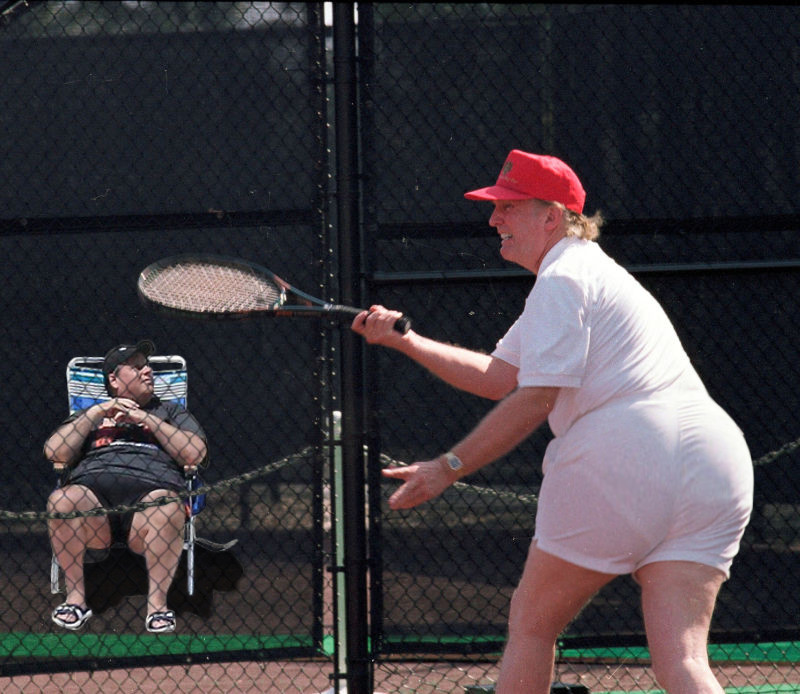 Physician to the president Sean Conley revealed today that president Trump’s massive butt-cheek implants have been leaking lead into his bloodstream for months; maybe even years.

“Symptoms of lead poisoning include learning disabilities, constipation, hyperactivity, and irritability,” Conley stated. “The president checks all of those boxes, but it’s a small price to pay to look like Kim Kardashian.”

Trump campaign staffers say it’s unlikely the president will remove the implants as he uses them to clap for himself at rallies.

Sat Nov 16 , 2019
Pope Francis announced today that the Vatican has created a completely new Bible that aligns with scientists’ current understanding of the modern world. The new holy book will be called the Jorge Mario Betgoglio Bible after the Pope’s birth name. “We’ve removed miracles entirely by explaining them with science,” Francis stated. “We also took out all of the overt sexism, racism and gratuitous violence.” The Vatican says it went ahead and addressed potentially homophobic verses by simply removing them. “Honestly, most of Leviticus is gone,” Francis confirmed. “Instead we’ve taken a realistic route and included a gay love affair and wedding between Jesus and his disciple John.” The Vatican is set to release the 79-page Jorge Mario Betgoglio Bible by Easter Sunday – or as the new holy book calls it – April Fool’s Day. Advertisements