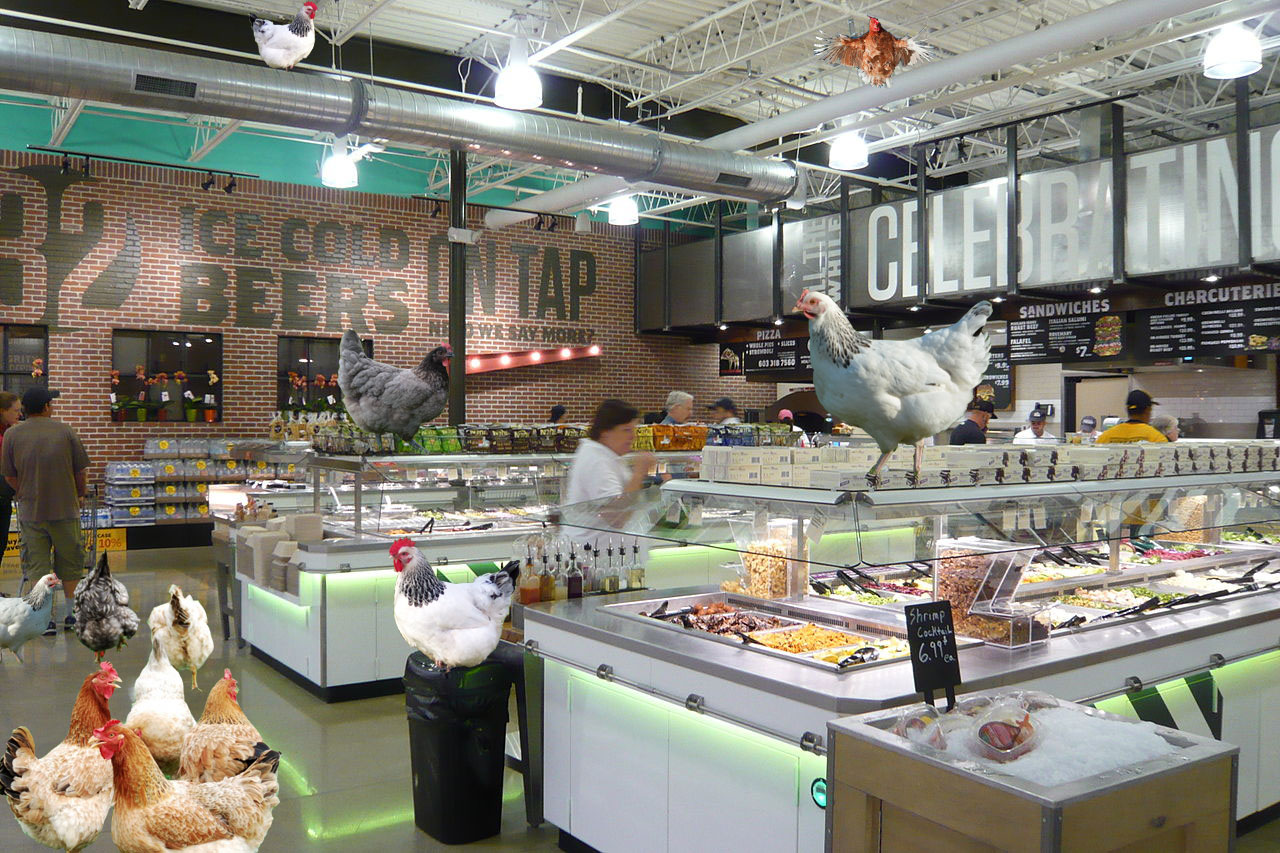 Whole Foods locations are teeming with loose chickens after Tyson Chicken farms forgot to slaughter the animals before shipping out nearly 2 million birds to the stores.

Meanwhile, Whole Foods is now boasting that customers can “catch their own truly free-range chickens” which now meander the store aisles and nest in their shelves.

Whole Foods says they’ll continue the unintended experiment as customers have taken a liking to wrangling the chickens and later snapping their necks at checkout.

If everything goes well, the grocery chain says guests will soon be able to wrestle down and slit the throats of pigs, cows and other livestock in the near future.

Sun Nov 10 , 2019
Tyson Foods announced their new line of raw, meat-based ice cream products at a press conference today outside of their Springdale, Arkansas headquarters. The company, which is the largest seller of ground meat products in the United States, says the product was developed to make use of excess meat. “With so many people trying out plant-based products, we now have a growing surplus of raw meat,”Tyson Farms CEO Noel White stated. “This was the smartest way to still sell the product while keeping it fresher for longer.” White ended the press conference by telling the crowd to try all of their delicious flavors like Chocolate Cow Chunk, Banana Beef Foster, Peanut Butter Pig, or Classic Caramel Chicken.