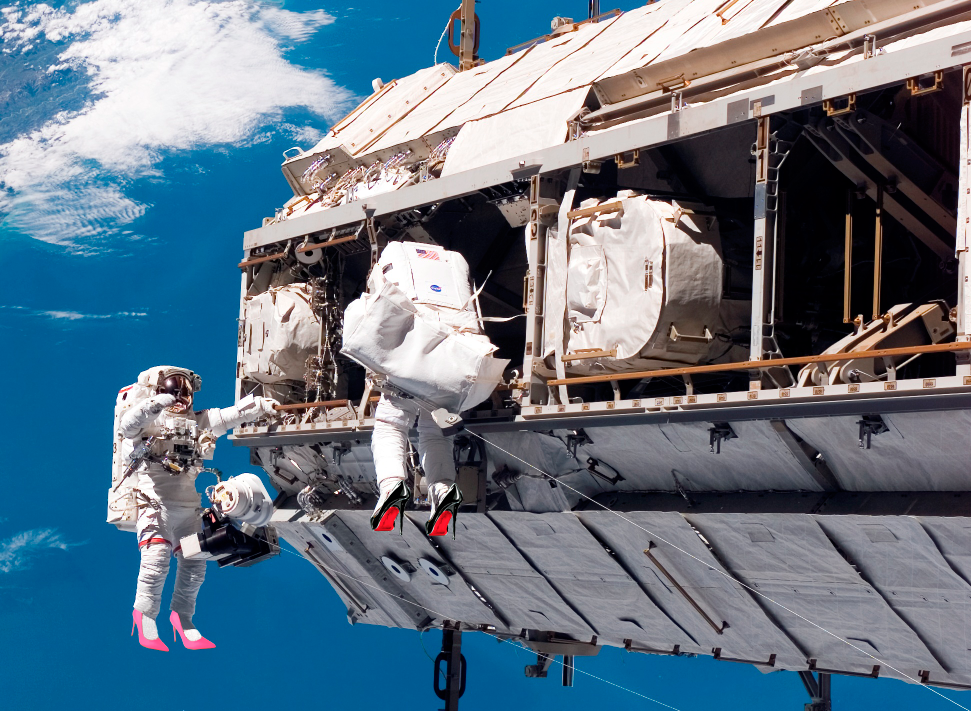 NASA is in hot water again today after providing female astronauts with high heels for the first all-female spacewalk outside of the International Space Station. After not having enough spacesuits for women for a canceled mission earlier this year, NASA is now facing criticism for blatant sexism from several women’s rights groups.

To make matters worse, the astronauts caused damage to the exterior of the space station when a Christian Louboutin heel shattered a $1.7 million solar panel and punctured a backup pressure valve.

As a gesture of good faith, NASA says they’re sending up rolls of quarters for the women to use in the feminine hygiene dispensers.