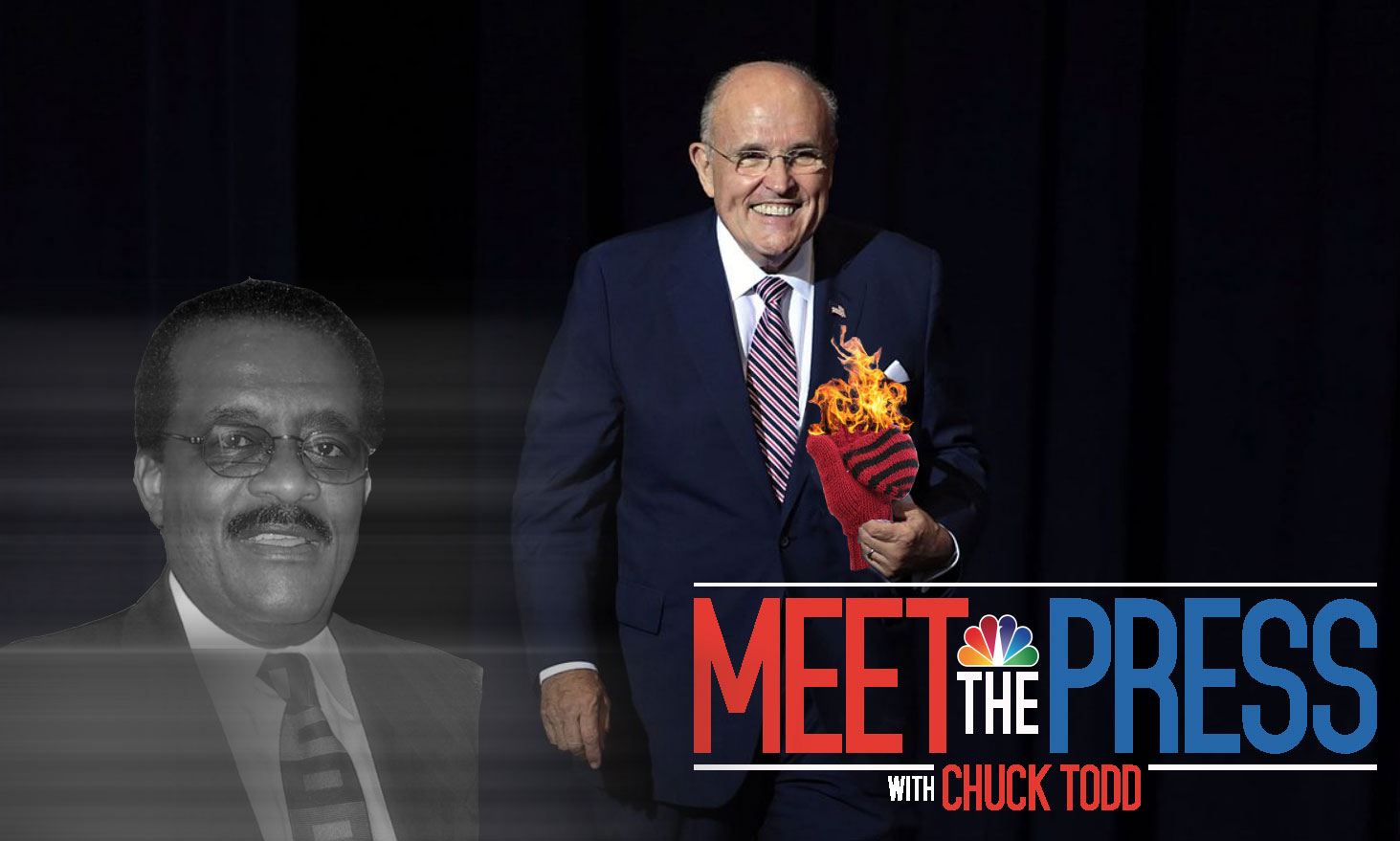 An unhinged Rudy Giuliani went on NBC’s Meet the Press this morning to announce that he is now being possessed and legally represented by deceased criminal lawyer Johnnie Cochran. According to Giuliani, the famed O.J. Simpson lawyer took over his body after the former New York City Mayor made a deal with the devil.

“If the glove don’t fit, you must acquit!” Giuliani yelled. “And there isn’t even a glove involved here! Tell me where the flaming glove is!?” Trump’s wide-eyed lawyer shouted while lighting a wool mitten aflame and waving it in the air.

Because of Giuliani’s public meltdown, there is now growing concern among Democrats that the president’s lawyer could easily avoid corruption charges with a simple insanity plea.

Wed Oct 16 , 2019
With a seemingly continuous turnover of advisors in the past three years, president Trump now finds himself being advised by six different handbag designers, including his daughter Ivanka. The White House maintains that only a small percentage of meetings are spent discussing the fashion accessories. “Ivanka doesn’t talk about her fashion business with me,” Trump affirmed. “There’s no nepotism here and it really shows. Just look at me,” a dishevelled Trump stated while unzipping his 5-foot-long red tie from his fly. Additionally, the White House says they’re excited to unveil their new child and adult-sized leather body bags which were specially designed for the Kurds Trump left for dead in Syria. Advertisements