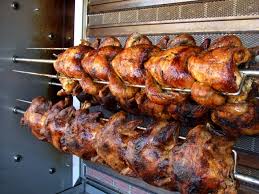 After 17 years of selling oversized, rotisserie rats, Costco has announced that they will no longer offer the popular rodent; citing yearly losses of over $30 million from the unsustainably low prices.

Fri Oct 11 , 2019
Elizabeth Warren used National Coming Out Day as an opportunity to officially tell the world that she is both bisexual and polyamorous. The presidential front runner made the announcement on NPR. “I put the ‘B’ in LGBT,” Warren laughed. “I’m an energetic bisexual who’s in an open relationship with my husband, my life partner Barb, and anyone out there who’s interested.” When reached for comment, Warren’s husband Bruce said he has “No idea what Elizabeth is talking about.” Advertisements